Court of Appeals Rules Hobbyist Drone Registration Unconstitutional! What This Means for YOU… 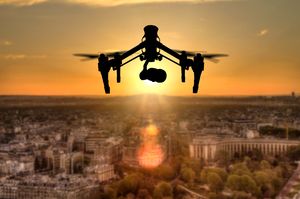 On May 19th, the District Court of Appeals for the District of Columbia ruled against the FAA's regulations requiring hobbyist drone users to register their drone with the FAA. The Court stated:

This basically means that since the Reform Act of 2012 was passed three years before the regulations were put into place, and since, according to the court, drones classify as model aircrafts, the requirements for hobbyists are unconstitutional.

Looking over the Court's opinion, we at PPA respectfully disagree.  According to the FAA, 1.6 million drones have been registered for recreational purposes. This number is only going to increase as time goes on. Since many hobbyists are not fully aware of the regulations, limitations, and drone waivers required by the FAA, there must be some way to track and regulate all drones that go up into the air.

Additionally, with the number of close calls reported by airplane pilots and air-traffic control men, it is more important than before to have a way to track drones and ensure they are being operated safely.

PPA believes that having ample knowledge and understanding of drones is so necessary that we are in the process of introducing our own Drone Certification Program coming in July of 2017. For more information, please email Julia Boyd at jboyd@ppa.com.

Stay updated about changes to drone regulations and much more at PPA.com/Drones.