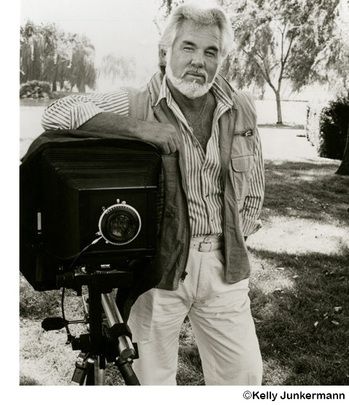 Kenny Rogers, singer, songwriter, record producer, actor, photographer, and author, will receive the 2017 IPHF Lifetime Achievement Award, the first of its kind awarded by the IPHF.

Nine photographers or photography industry visionaries who demonstrate the artistry, passion, and revolution of the past and present craft of photography were selected for induction to the Hall of Fame, including:

A nominating committee of IPHF representatives and notable leaders with a passion for preserving and honoring the art of photography selected the inductees. To be eligible for induction, nominees were considered based on the noteworthy contributions they made to the art or science of photography that had a significant impact on the photography industry and/or history of photography. The inductees, though widely differing in style and practice, are individually seen as significant innovators in their respective fields. They are all risk takers who introduced the world to new means of artistic representation and expression.

"This year, the IPHF is honored to recognize ten creators who have uniquely revolutionized the modern photography industry," said Patty Wente, Executive Director of the IPHF. "Our 2017 awardees are innovators who broke the norm of tradition and conceived their own ways of creatively communicating with the world around them."

In addition to honoring the 2017 class of Photography Hall of Fame inductees and Lifetime Achievement award winner, the IPHF will be honoring the late Ken Whitmire, former IPHF board member, for his many contributions to the Museum and for his passion and commitment to photography.