The Fight for Copyright: Leif’s Story 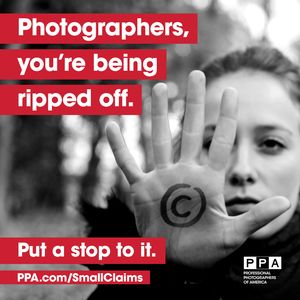 When you put your blood, sweat and tears into creating a masterpiece that showcases your uniqueness, the last thing you want is your work being improperly used or even stolen, especially if your art is your livelihood. Unfortunately, many professional photographers of all backgrounds and fields deal with copyright infringement every day.

Granted, those who have high enough incomes predominantly benefit from today's current laws, but the same can't be said for the average professional, like Leif. Check out Leif’s story on the battle for the rights to his own image:

Leif had a successful 45-year career as a documentary photographer. After a disabling accident, he is now dependent upon income received from licensing the work in his photography archive, but this has become extremely difficult due to online piracy. In fact, Leif estimates that his income from the licensing of images in his archive has decreased by over 90% in the past decade due to widespread pirating of his images.

One of his images, which was screen grabbed from his website, has been the subject of more than 1,000 infringements. This image is no longer a viable source of income for his business, but now it is for many infringers. It is being advertised for free downloads, used for wallpaper, and licensed for a fee, among other infringing uses. Leif reports that those who have benefitted from the theft of his images include individual bloggers, large and small companies, and even the U.S. government.

Leif knows he can go to federal court to pursue claims for lost revenue, but feels that is a daunting task. For most of his infringements, pursuing the claim is a non-starter after comparing the enormous cost of going to court to the damages he may recover.

“Many infringers simply operate with the knowledge that the cost of going after them will just be too much for me,” Leif said.

Stories like these are the reason that a Small Claims process can be a game-changer for photographers and creative artists. It will help them enforce their copyright in cost-effective and efficient ways. Learn more about to how to support Small Claims today.