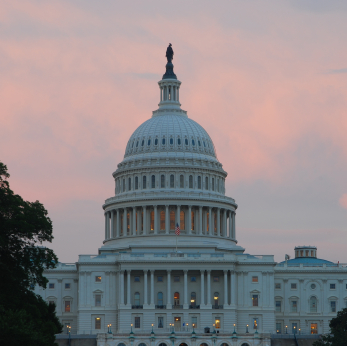 The Copyright Alternative in Small-Claims Enforcement (CASE) Act, S. 1273, establishes a small-claims process for photographers and other small-business owners/content creators who find their work infringed on by another party. S. 1273 follows the introduction of companion legislation earlier this year in the House by Reps. Doug Collins (R-Ga.), ranking member of the House Judiciary Committee, and Hakeem Jeffries (D-N.Y.), chairman of the House Democratic Caucus.

Support for The CASE Act is pouring in from creators all over the country, including photographers like Anne Geddes, who traveled with PPA Members, the PPA Government Advocacy team, and other concerned groups to discuss copyright small-claims with the Senate Judiciary Committee ahead of the mark-up of the bill.

“Money and complexity of the court system should not be barriers for small business entrepreneurs and artists to sue copyright infringers, who are very obviously breaking the law,” said Sen. Kennedy. “The CASE Act will ensure that Americans’ creative spirit is preserved and protected.”

The CASE Act now has 57 co-sponsors in the House and 15 in the Senate, making it the rare, bipartisan bill everyone can support. Sens. Dianne Feinstein (D-Calif.), Ted Cruz (R-Texas), Patrick Leahy (D-Vt.), Richard Blumenthal (D-Conn.), John Cornyn (R-Texas), and Chris Coons (D-Del.) joined as cosponsors of the legislation this week.

“Today the Senate Judiciary Committee passed the CASE Act…the first of four key votes before the legislation becomes reality,” PPA CEO David Trust relayed to his staff, waiting for the news back at headquarters in Atlanta. “It took us 13 years to get to this point,” Trust continued. “It was a big, big day on Capitol Hill...Today was a big day for PPA members and all American creators.”

PPA encourages everyone to continue learning more about the issue of copyright small claims at www.ppa.com/smallclaims