PPA is back in D.C. Bringing you the Latest Updates in the Fight for Photographers’ Rights 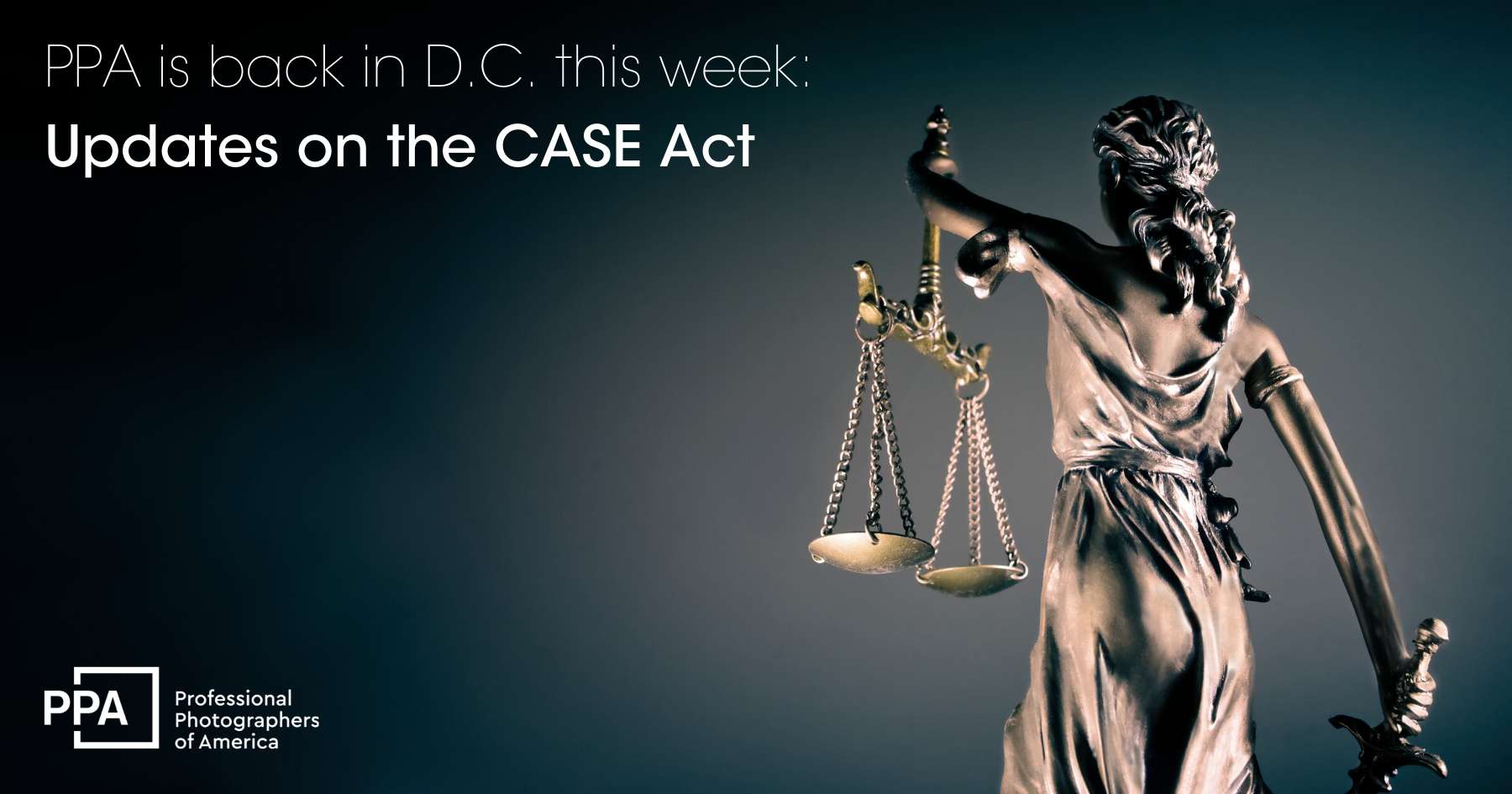 Critical Updates on the CASE Act are Here! Check Out This Article for The Latest Update in the Fight for Photographers' Rights.

As an organization, Professional Photographers of America is committed to fighting for your rights as creators and professional photographers. That’s why we’re happy to pass along the latest CASE Act update, directly from our dedicated Government Affairs team:

The Professional Photographers of America Government Affairs team is happy to announce that Senator Joni Ernst (R-IA) has become a co-sponsor of the Copyright Alternative in Small-Claims Enforcement Act of 2019 (CASE Act). Senator Ernst is the 20th senator to become a sponsor, meaning that now, 20% of the U.S. Senate is a sponsor of this critical legislation.

With the implementation of the CASE Act, thousands of small creators across the country will finally be able to protect their work from copyright infringement

On behalf of PPA, thank you Senator Ernst for co-sponsoring S. 1273, the CASE Act. We greatly appreciate your office’s commitment to promoting and protecting the arts. With the implementation of the CASE Act, thousands of small creators across the country will finally be able to protect their work from copyright infringement by engaging in a tribunal process that is more affordable and accessible than traditional federal court litigation.

The contributions of photographers, visual artists, musicians, authors, and other members of the creative community are the framework of our nation, and the CASE Act will allow them to continue to positively impact our society with their gifts. Thank you again for your support!

We would also like to thank our lead sponsors, Senator John Kennedy (R-LA) and Senator Richard Durbin (D-IL) for their unflinching resolve to see this legislation enacted. We couldn’t have gotten to this point without your support and the rest of S. 1273’s sponsors.

To join our fight for the CASE Act, send a letter to your Senator today asking them to cosponsor the CASE Act! Stay tuned to PPA for more copyright news and CASE Act updates.