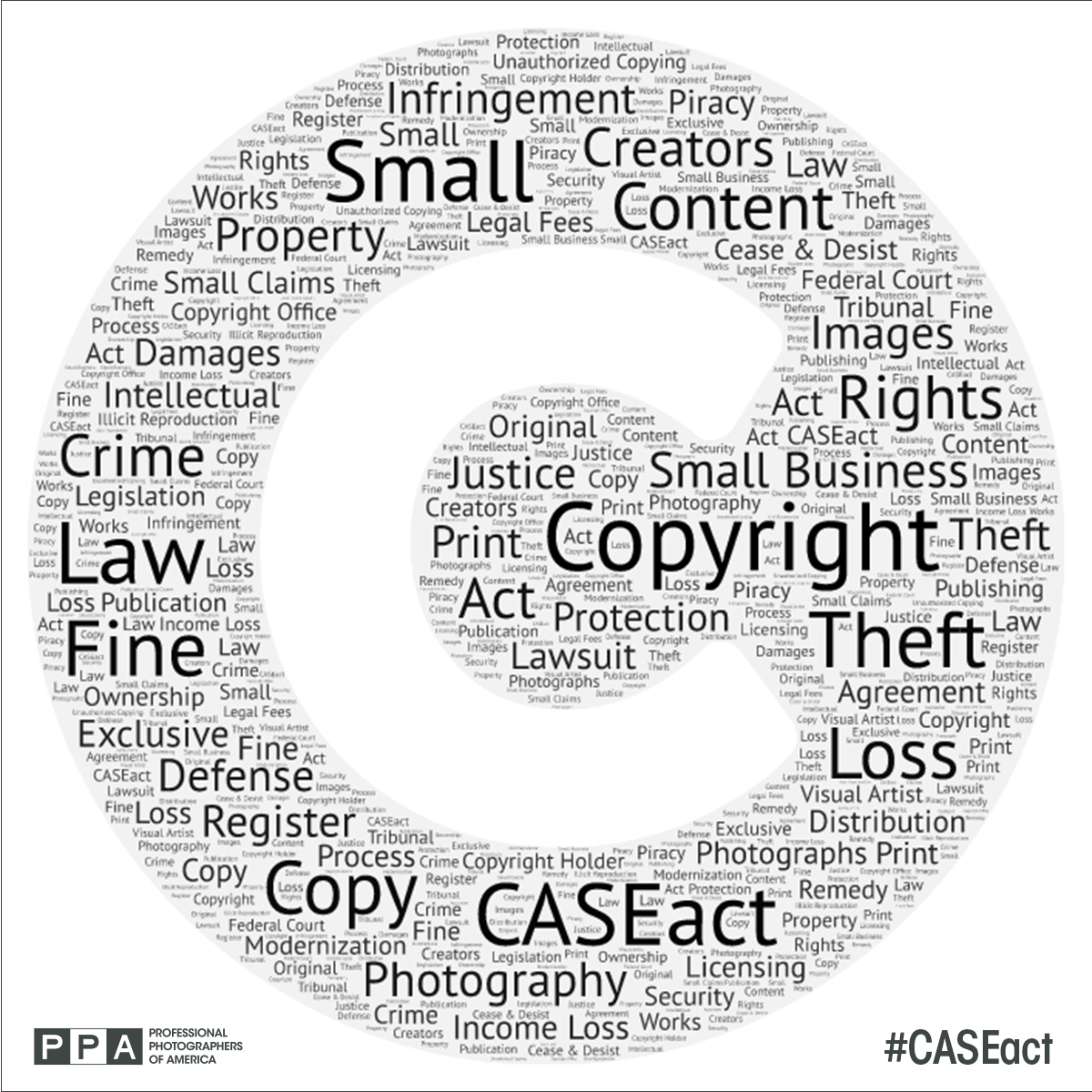 Six board members of Professional Photographers of America, all of them women, have circulated a letter to Chairman Nadler and Ranking Member Collins of the House Judiciary Committee on behalf of the CASE Act. Artists and small business owners such as photographers, support the CASE Act because it creates a small claims process within the U.S. copyright system that allows thousands of creators who depend on their copyrights for their livelihoods access to the system for the first time.

The members of PPA, the nation’s oldest and largest photography association, have been advocating for a small claims process for more than a dozen years, working from the fact that legal costs are too prohibitive for the average content creator to sue someone for infringement. The CASE Act creates a voluntary small claims process meant to make copyright protection fairer.

The ACLU has announced opposition to the CASE Act based on what PPA believes are unfounded concerns over free speech “floated by suspect organizations such as Public Knowledge, Electronic Frontier Foundation, Re:create, and others”. The women of PPA’s board expressed their “dismay at some of the recent opposition expressed… As women running small businesses, fighting every day for financial survival, we were stunned to see the ACLU siding against small businesses in support of the interests expressed by billion-dollar tech giants.” The CASE Act would not make sharing memes illegal nor would it embolden trolls to gum up the system (i.e. trademark and patent lawsuits). The CASE Act would create an optional tribunal that would oversee copyright infringement disputes, online and without lawyers needed, that would benefit those who cannot afford the over $300,000 it now costs to go after an infringer.

“Fair is fair,” the letter states. “It’s time we give small creators the same rights as those enjoyed by other Americans by correcting this decades-old inequity in the system. The CASE Act will allow us to do just that.”

The CASE Act has been gaining traction in the House, where it now has 129 co-sponsors, and Senate where the number stands at 17. To learn more about the CASE Act and show support, head to http://www.ppa.com/smallclaims.

About PPA:
Professional Photographers of America (PPA) is the largest and longest-standing nonprofit photography trade association. Founded in 1868, PPA currently helps 30,000+ pros elevate their craft and grow their business with resources and education, all under PPA’s core guiding principle of bridging the gap between photographers and consumers.