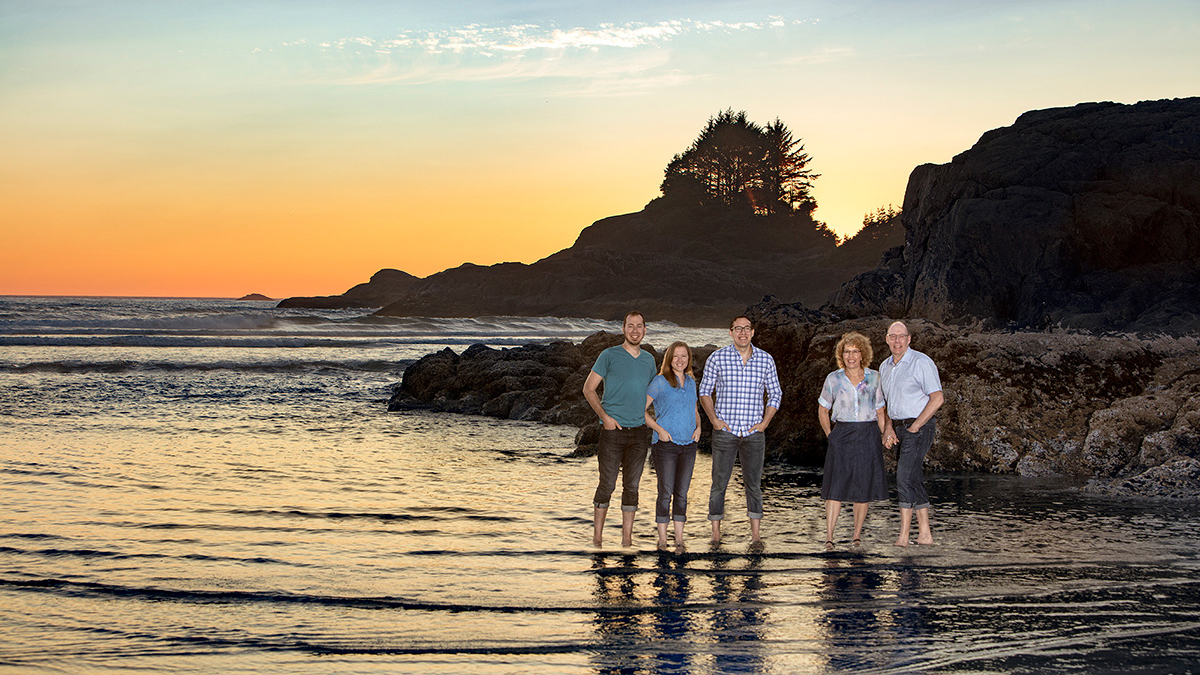 Carefully designed and crafted environmental portraits can create significant purchasing desire and ultimately higher sales. This style of portrait captures the essence of a family combined with the beauty of the world we live in. Further, this style is ideal for enhancing the decor of a home in the form of wall portraits. 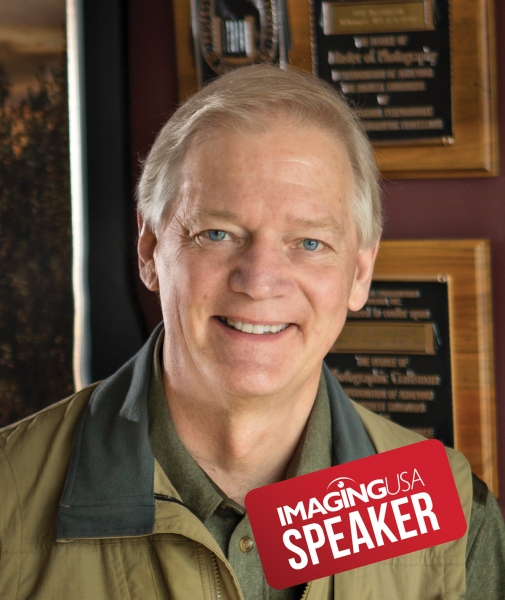 The photographer’s vision must be conveyed to the client in order to create excitement. That vision must showcase the family first and be supported by the environment, which is best done by bringing the family into the foreground of the composition.

The approach is an engineered vision that relies on composition and lighting skills that most families can’t get without the work of a professional. These aren’t the kinds of images that families can take with their smartphones.

1. Consult with clients to determine:

Planning the composition and light control is critical to the success of a session. Of course, you’ll have to be fluid and prepared to modify your plan, but at least you have a place to start. Planning allows you to interact with your subjects and build rapport, which establishes trust and respect as well as producing winning expressions on subjects. Expressions are ultimately what people look at. (Think about your own experience when seeing yourself in a photograph.)

Planning also gives you the ability to solve the technical aspects of exposure and lighting problems quickly. Ultimately, planning is critical in demonstrating to clients that you’re completely confident, professional, and in control.

Having photographed this family several times over the years in Vancouver, we explored the option of going to Tofino (a wild, windswept area of Vancouver Island). They have special memories as a family there, which builds the emotional value of the portrait.

I arrived several hours before the session to explore the beaches and determine exactly where the sun would set since that would impact camera angle and background. My vision was to have two concepts: a classic full-face composition and a relationship style.

To be successful with environmental sessions, you have to have a game plan as well as a back up. As I walked about I looked for interesting natural scenes and envisioned potential portraits with the family. I also considered what lighting conditions I’d have. I determined several options and decided all I needed for lighting was my Profoto B1.

Meeting the family is important. You have to control the conversation and allow them to embrace your ideas. That’s done by projecting confidence and professionalism while explaining what’s going to happen and why you’ve chosen various locations. My experience is that talking with enthusiasm and describing my vision allows clients to buy into the project. That goes a long way to increase purchasing desire and making the sales process easier. When I say I describe my vision, I mean that I describe the composition in some detail. Just saying it will be beautiful isn’t enough. It’s important to explain why it will be beautiful. 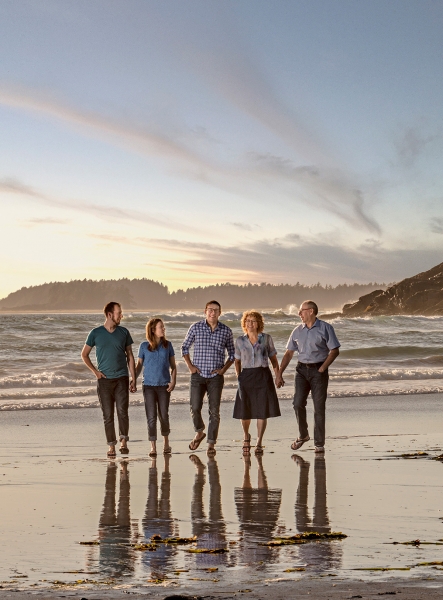 I chose the location based on the setting sun and the background. This would put the family in hard light (sun from camera left), so the goal was to backlight them. Exposure readings defined that the highlight exposure (and overall scene) was significantly greater than the shadow side. Flash was brought to increase exposure to the shadow side so that it was roughly 1.5 stops less than the highlight side. A lot of post-production in Lightroom and Photoshop (that took about an hour) managed the difference in exposure. Note that I put the clothing with the strongest issue (pattern) in the center. 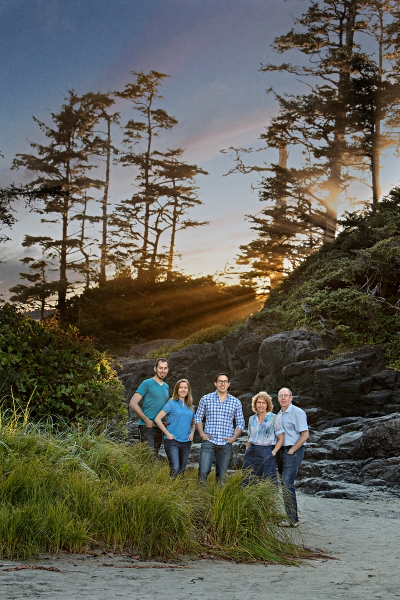 My first impression of the location defined the diagonal lines of the grass from left to right, the hillside from right to left, and the depth of the trees. The scene screamed of a location. I brought the people in the foreground, and then the magic happened. Mother Nature kicked in with filtered light through the trees. Follow the lines of the people, the trees, the grass, and all. That is the magic of the composition: There is a three-dimensional feeling. Flash was introduced to open up people’s faces since the family was positioned in deep shade. 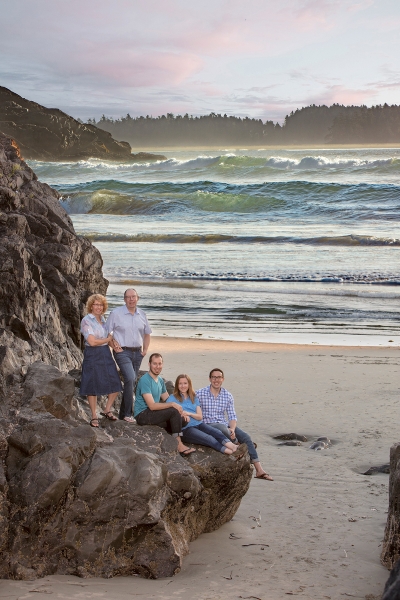 While hiking I saw an opportunity that had potential. The light and contrast at the scouting time made the situation look awful, but I realized that the sun would set to camera right and would lower the contrast issue. I planned this session as close to sunset as possible. The composition strength is the diagonal line of the rock wall and the repetition of the posing with that natural element. The family had no light on them, and everything was flat. My Profoto B1 provided light on their faces from about 40 feet away. It metered as contributing approximately 40% to the final exposure. The result is a gentle main light that reveals good detail in the faces. 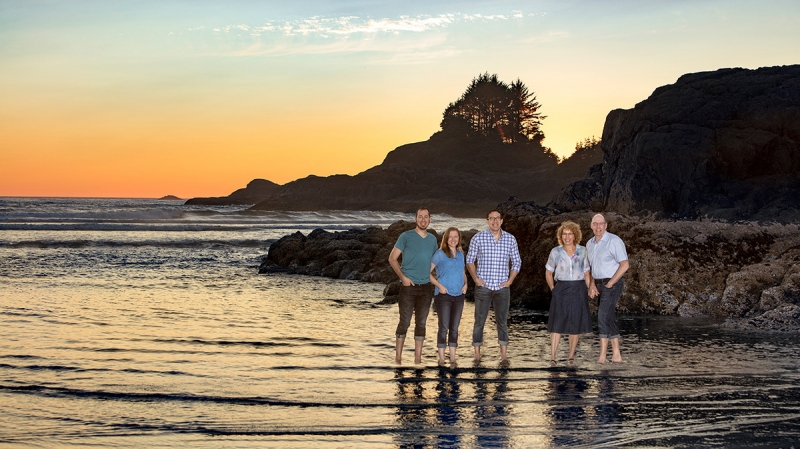 Twilight. The sun was down, and the subjects were not affected by the natural conditions. They were in deep shade. There was no light on their faces, but the scene itself looked great. Flash was introduced at about one stop less than the ambient scene. Matching the scene brightness (as measured from their faces) would not have looked real. They should appear a bit darker than normal in this situation. 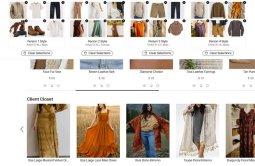 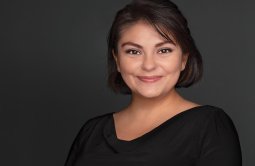 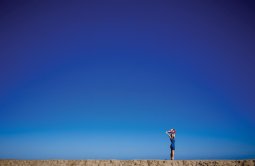