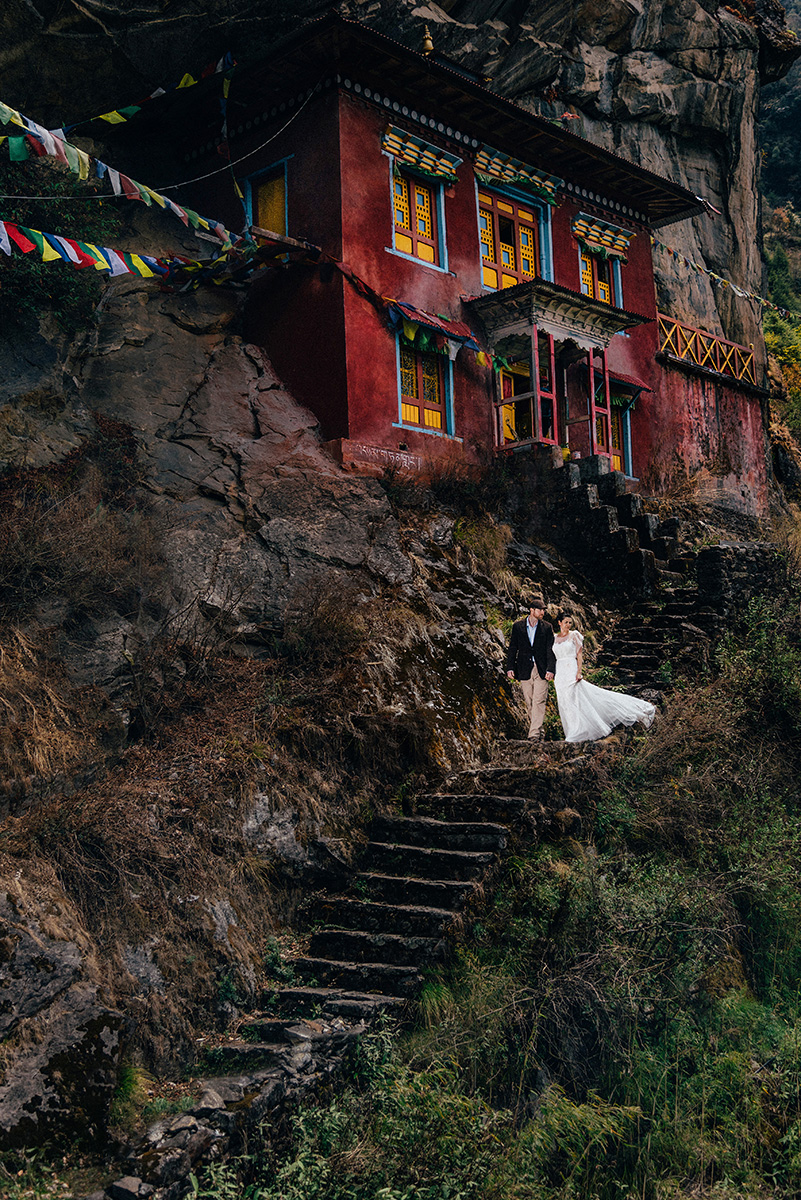 Tragedy and RESTORATION at the roof of the world

In 2013, Charleton Churchill put out a call for adventurous souls. Two years later, in 2015, he planned to trek to Mt. Everest Base Camp to shoot a stylized wedding somewhere around 18,000 feet. A willing couple signed on, several corporate sponsors provided equipment, and Churchill set about planning the wedding shoot of a lifetime.

In the spring of 2015, Churchill and his subjects began their trek to Base Camp. On April 25, at about 11,000 feet, the group was stopped in their tracks by a massive earthquake. “I’ve been in earthquakes before, but not like this,” says Churchill. “The ground was rolling. There was absolute panic.”

The magnitude 7.8 quake had an epicenter approximately 140 miles west of Mt. Everest, not far from the Nepalese capital of Kathmandu. Between 700 and 1,000 people were on or near the mountain during the quake, which triggered massive avalanches. At least 22 climbers died and more than 60 were injured. Elsewhere in Nepal, more than 8,000 people would lose their lives, more than 21,000 would be injured, and many tens of thousands would be displaced due to destroyed homes.

“It was the biggest catastrophe on Mt. Everest to date,” says Churchill. “And it was an even bigger catastrophe in other places in Nepal. Almost all of our Sherpa [guides] lost their homes. We were stranded on the mountain for four days. We had some water and supplies, but we were completely cut off. The after shocks continued for days and destroyed entire villages. I remember sleeping fully clothed, in all my gear, headlamp on my head, ready to run out of the building as soon as the shaking started. It was just a tragic time, and news kept getting worse.”

At the advice of their trekking company, Churchill and the wedding couple descended the mountain once the route was clear. Understandably shaken, the couple initially decided to forgo their wedding. “We talked about it, and I said, ‘This doesn’t all have to be destructive and bad. Let’s find something beautiful in all this,’” says Churchill. “They decided that they did want to get married after all. So we hiked up to a nearby monastery and did a ceremony there. It wasn’t the images I had planned, but they ended up being very significant in their own way. Then we went to the homes of some Sherpa who’d helped our group. Even though their homes were almost completely gone, they served us, fed us, and welcomed us. It was a truly humbling experience.”

In the aftermath of the quake, Churchill set up a GoFundMe campaign to raise money for rebuilding his guides’ homes, at a cost of about $5,000 per house. To date, the campaign has raised about $90,000. His images from the event earned him a Sony Impact Award in 2015. “This was supposed to be a three-week trip,” he says. “I had been pushing to get all these epic shots, do something different, but it turned out to be something much bigger than me.”

RELATED: Read our profile of Charleton Churchill in the June 2016 issue. 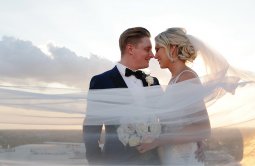 Expand Your Wedding Business—Even in a Pandemic—With Video

Wedding photographers have taken a hit during the COVID-19 pandemic. But there are ways to diversify your business to weather the downturn. 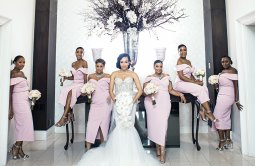