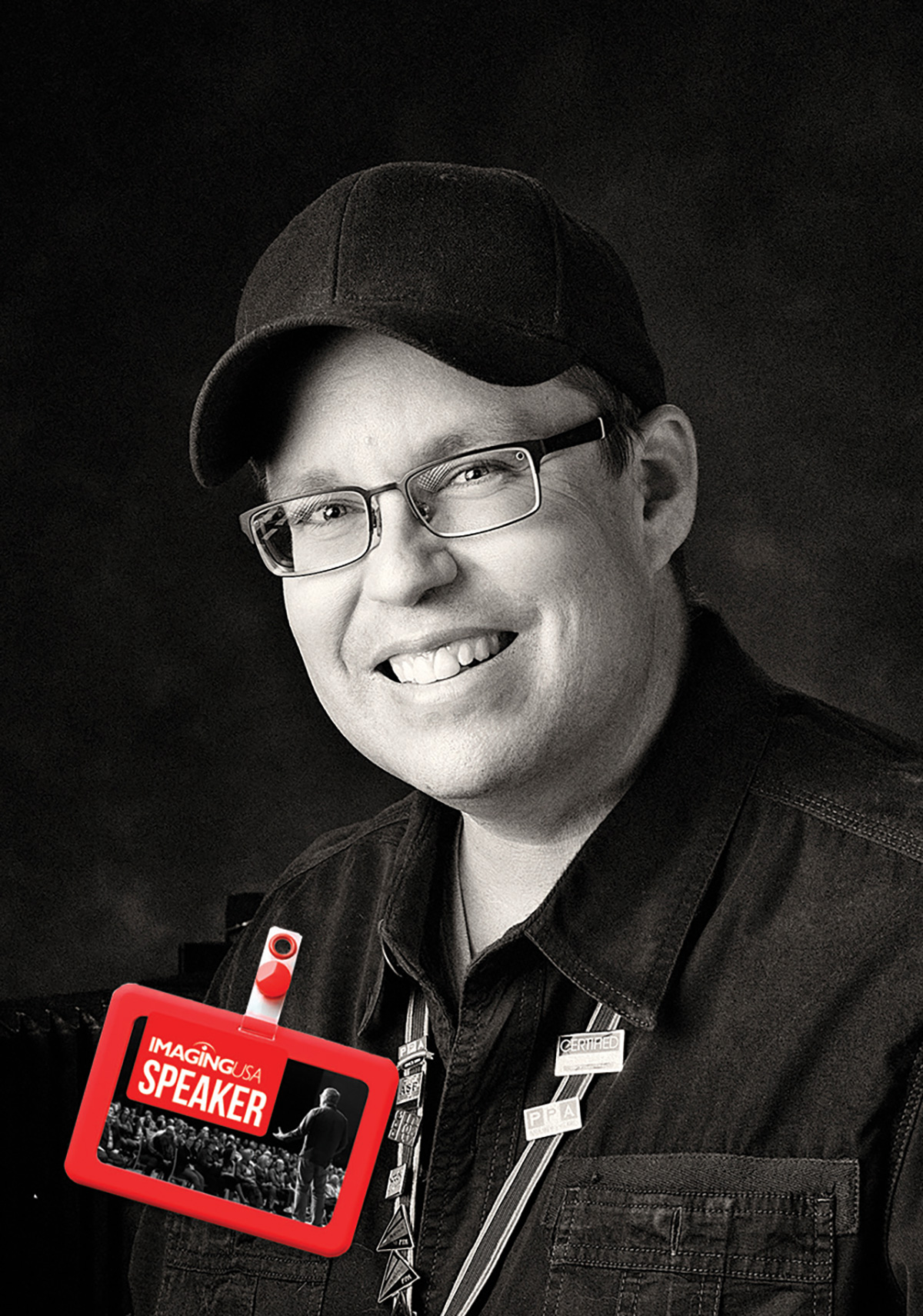 Pete Rezac: Anatomy of an Image 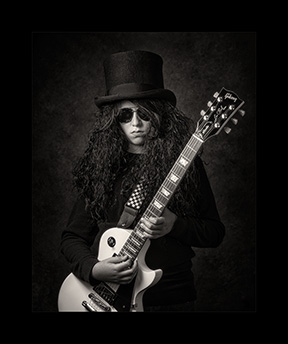 Story behind the image: “Character portraits are one of my favorite genres. My pre-teen son is learning to play the electric guitar and is a big fan of 1980s and ’90s rock-and-roll bands. We thought that Slash of Guns N’ Roses might be a great Halloween costume, and I thought it would make a compelling low-key portrait, as Slash is known for his trademark top hat, massive curly dark hair, and sunglasses. At a costume shop we found the perfect top hat and wig, and we got a pair of cheap mirrored sunglasses. The Les Paul Studio guitar is my son’s. As with all my portrait work, I wanted the composition to be simple yet captivating. I had him stand for posture and so the guitar would hang lower on his body. I wanted his head in the top third, his nose pretty much resting on the top third line, to give him a confident look. 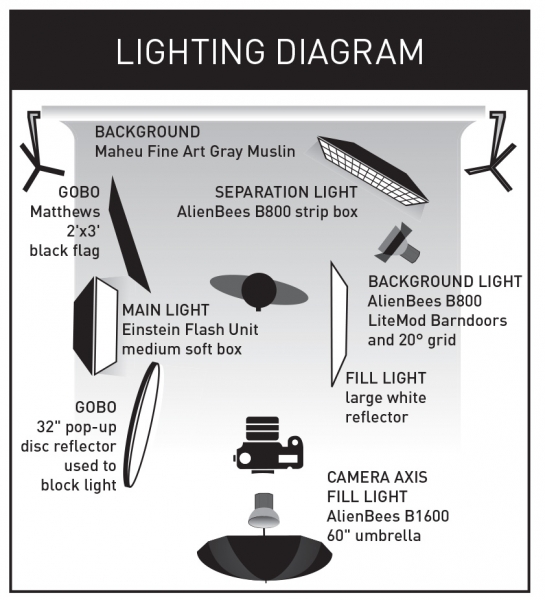 “This image was photographed with a 4x5 view camera, and this cropped digital version is the proof to confirm lighting. The lighting is typical for about 90 percent of my work. I like to light from the left side of the frame with a medium softbox as the key light. As a portrait photographer, my No. 1 priority is the face, so once I have the subject posed and lit, I block and tackle the light with flags to lessen the exposure on other areas of the body. Once the main light is established, I set the separation light to help outline the shadow side of the body from the background, usually about 1 to 1 1/2 stops below what my key light is set. I position the background light just behind or to the right side of the head: In this frame it was behind to give depth to the picture. I start my background light at two stops below the main but adjust it to taste. I think we ended a stop under on this image. Finally, I establish the camera axis fill light, which I try to have at two stops below the main when shooting digital; when shooting film, it’s what I use to establish the exposure, usually f/22 to f/32.

“This is a special picture as a form of documenting our son's growth and development and his particular interests at this part of his life. He also is my creative muse. I get crazy ideas and off to thrift shops or second-hand stores we go. He was the first sandlot baseball player I photographed, he’s been a pirate, Harry Potter, a skateboard kid, a football player, a magician, cowboy, golfer, golf caddy, and, now, a rock star. Some of these have lead to concepts I offer clients. Through them all he’s inspired me and is my favorite subject to photograph.”