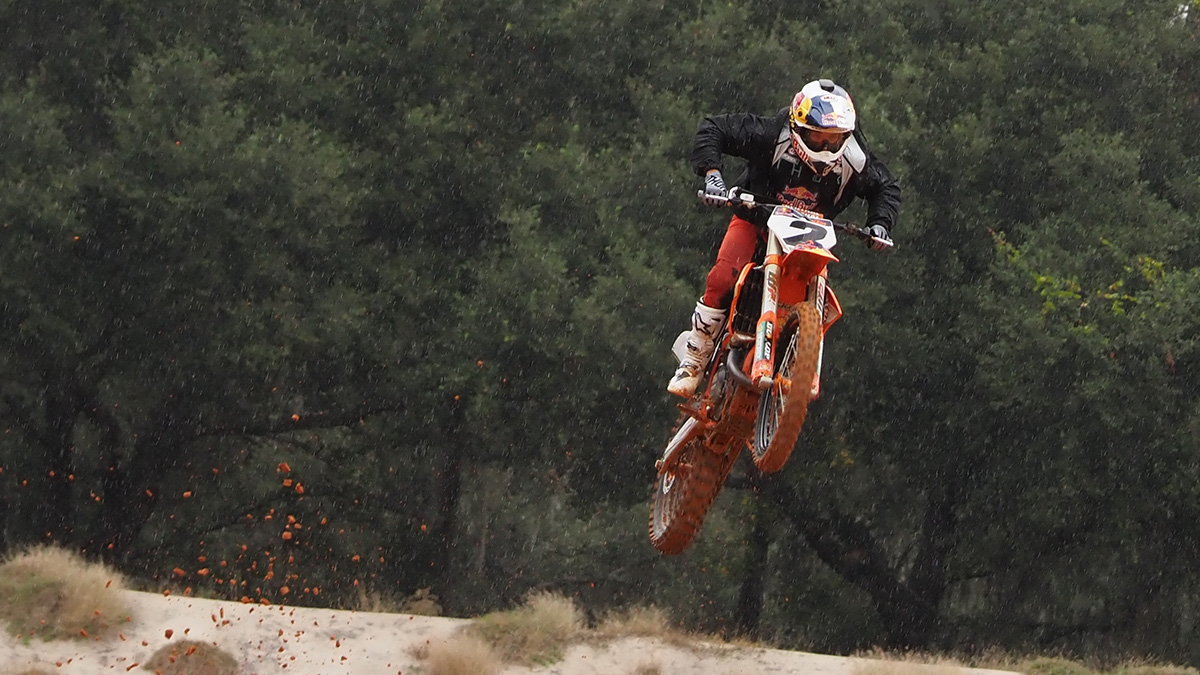 Camera review: The Olympus OM-D E-M1X is more of a good thing

Full-frame mirrorless cameras are trending, but that hasn’t stopped Olympus from making waves with a new mirrorless Micro Four Thirds professional model—the 20 megapixel OM-D E-M1X. Olympus can claim a number of innovations in the photo industry, including Live View and a built-in dust reduction system. With the OM-D E-M1X, Olympus has improved its exceptional 5-axis image stabilization and added a handheld multi-shot high-resolution option, dual processors, and more. 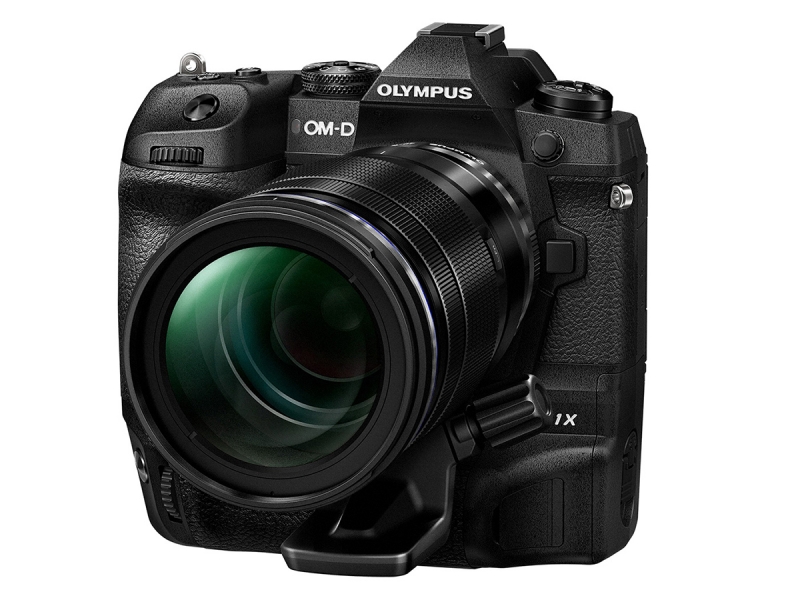 With its built-in two-battery vertical grip, the OM-D E-M1X is heftier than other newly released mirrorless cameras. It’s nearly 2.2 pounds for the body and batteries. The deep handgrip and perfectly angled shutter button make it comfortable to hold, though. It’s well constructed and weather sealed, which I tested firsthand as I used it in the pouring rain with no ill effects to the camera.

The integrated vertical grip provides extra battery life—shorter battery life being one of the negatives of mirrorless compared to DSLR. It also enables easy switches from portrait to landscape mode. This is due to duplicate controls, including a new joystick for selecting autofocus points as well as front and rear control dials, EV, ISO and AEL/AFL buttons. Other controls, like a one-touch white balance button, are within reach, although some might be a stretch for photographers with small hands.

The OM-D E-M1X offers nearly endless custom options. Most controls are programmable for direct access to functions other than the defaults for both still and video capture. And the C-Lock lets you choose which buttons to lock. Further customization is possible via four My Menu options on the mode dial.

At 2.36 million dots, the EVF resolution is significantly lower than competitors’ new mirrorless releases, but the viewfinder refreshes quickly. The camera’s higher resolution 3-inch, fully articulated touchscreen LCD is bright and clear, even in midday sun. You can fold the screen face-in to the camera so it doesn’t get scratched when carried in a case or bag. The touchscreen is responsive and controls a wide variety of operations, but you still have to use the four-way pad and center OK button to go through the menus.

The menus are dense though. But with so many features and functions it’s hard to imagine how to make navigation easier. Fortunately, the Super Control Panel and customization helps prevent too many trips to the menu once the camera is set up.

The OM-D E-M1X is equipped with dual UHS-II SD card slots, both of which can be assigned the function of your choice. Headphone and microphone jacks are available, as is USB-C charging. 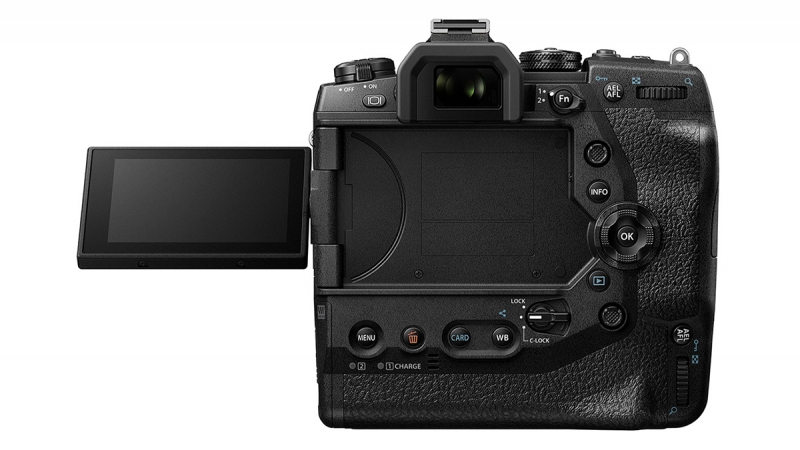 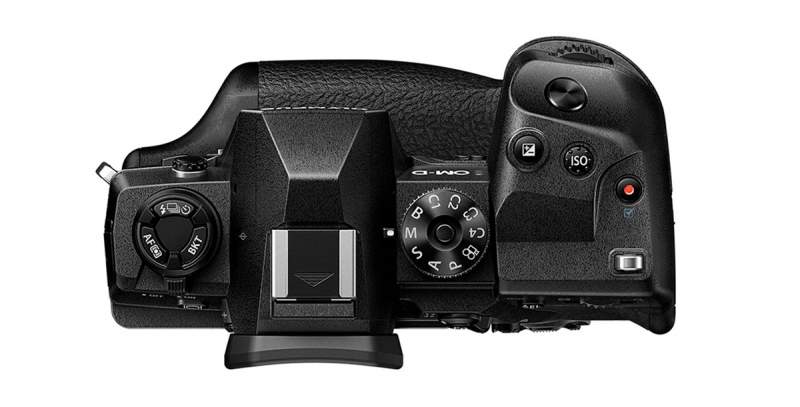 In a word, the OM-D E-M1X is fast. Thanks to its Dual TruePic VIII processors, continuous shooting speeds with autofocus can reach up to 18 frames per second (up to 60fps without AF). But that’s only a small part of the performance story. 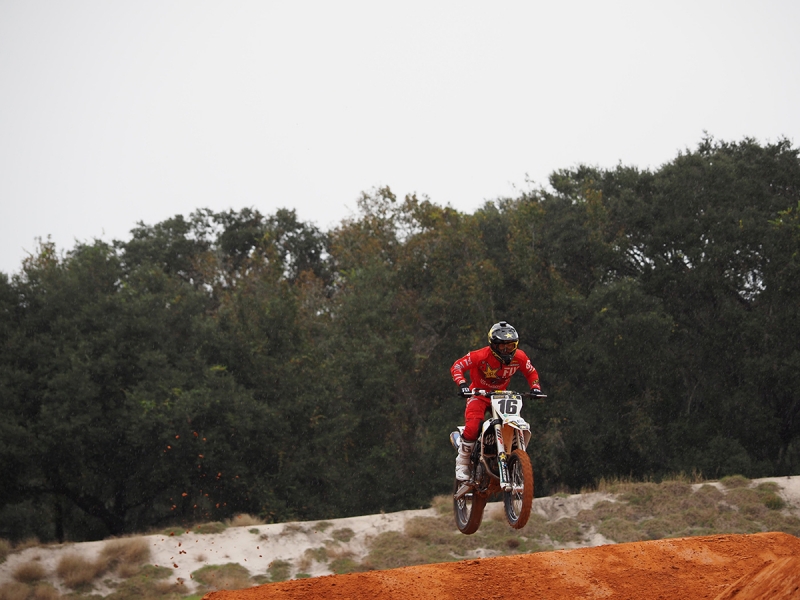 Foremost is the camera’s updated AF system, which is designed to give photographers flexible control over AF areas and zones. More important, tracking AF uses machine learning to help identify and track subject. These are broken into an initial three categories: motorsports, airplanes and trains. I found the motorsports setting works well even when riders are coming directly at the camera. In my test, the camera focused on a rider’s helmet and face as he was moving toward me.

Continuous AF and face and eye detection work reasonably well, although not with as much accuracy as the tracking mode.

Not surprisingly, Olympus was the first in its class to offer a high-resolution mode that captures multiple exposures with a shift in pixels. That’s not new, but with the OM-D E-M1X, there’s a handheld mode that delivers 50-megapixel files. The tripod mode, which is still available, creates 80-megapixel files.

Another new feature, the Live ND mode, will appeal to landscape photographers who want to create a long exposure effect without using a tripod. This feature combines multiple exposures and eliminates overexposed highlights that can happen with an extended exposure. 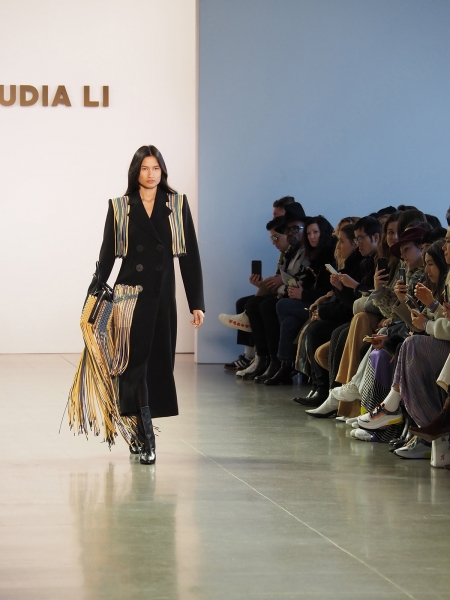 My initial test images were made with pre-production firmware, and I didn’t notice any difference in image quality when I used updated firmware. I’ve always been a fan of Olympus M.Zuiko glass, and the lenses I shot with, including the aforementioned 300mm and 12-100mm Pro lenses, delivered sharp, well-detailed images.

Default settings in Natural Picture Mode produced natural colors that were accurately rendered without over-saturation. Additional picture modes are available to suit your aesthetic, including vivid, muted, portrait, and monochrome, with customization options such as sharpness and contrast depending on the mode. A separate custom picture mode is available, and Olympus has included its cool effects, too, such as several variations of pop art, sepia, and others.

The Olympus OM-D E-M1X shows off the company’s latest innovations in a rugged, weatherproof body. With a number of unique and useful features, overall solid performance, and a 2X crop factor for grabbing long shots without the burden of large, heavy lenses, the OM-D E-M1X will especially appeal to sports and action photographers. Wedding and portrait photographers will appreciate many aspects of the camera as well, although low-light conditions need the image stabilization to keep high-ISO noise at reasonable levels.

With so many excellent (and lighter) mirrorless cameras on the market, Olympus is up against some stiff competition. But there’s so much to like about this camera that it’s worth serious consideration if you’re looking for a fast camera with exceptional features. 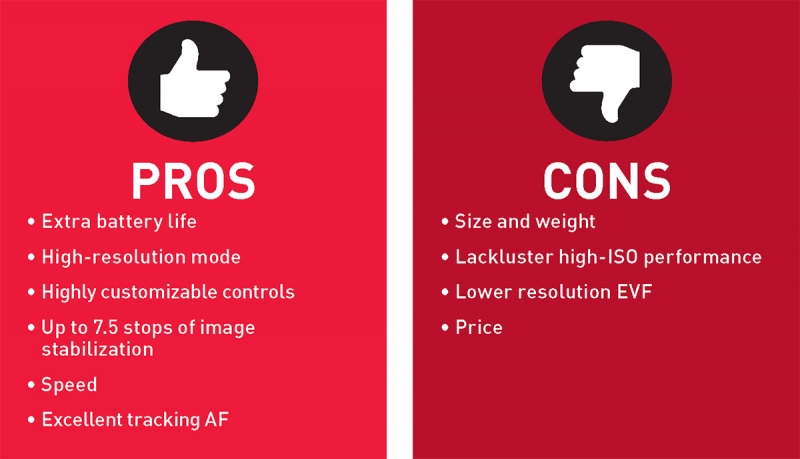 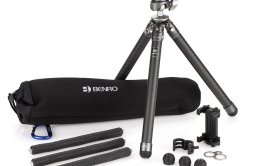 A tripod with bendable, flexible legs 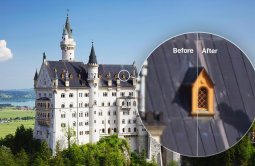