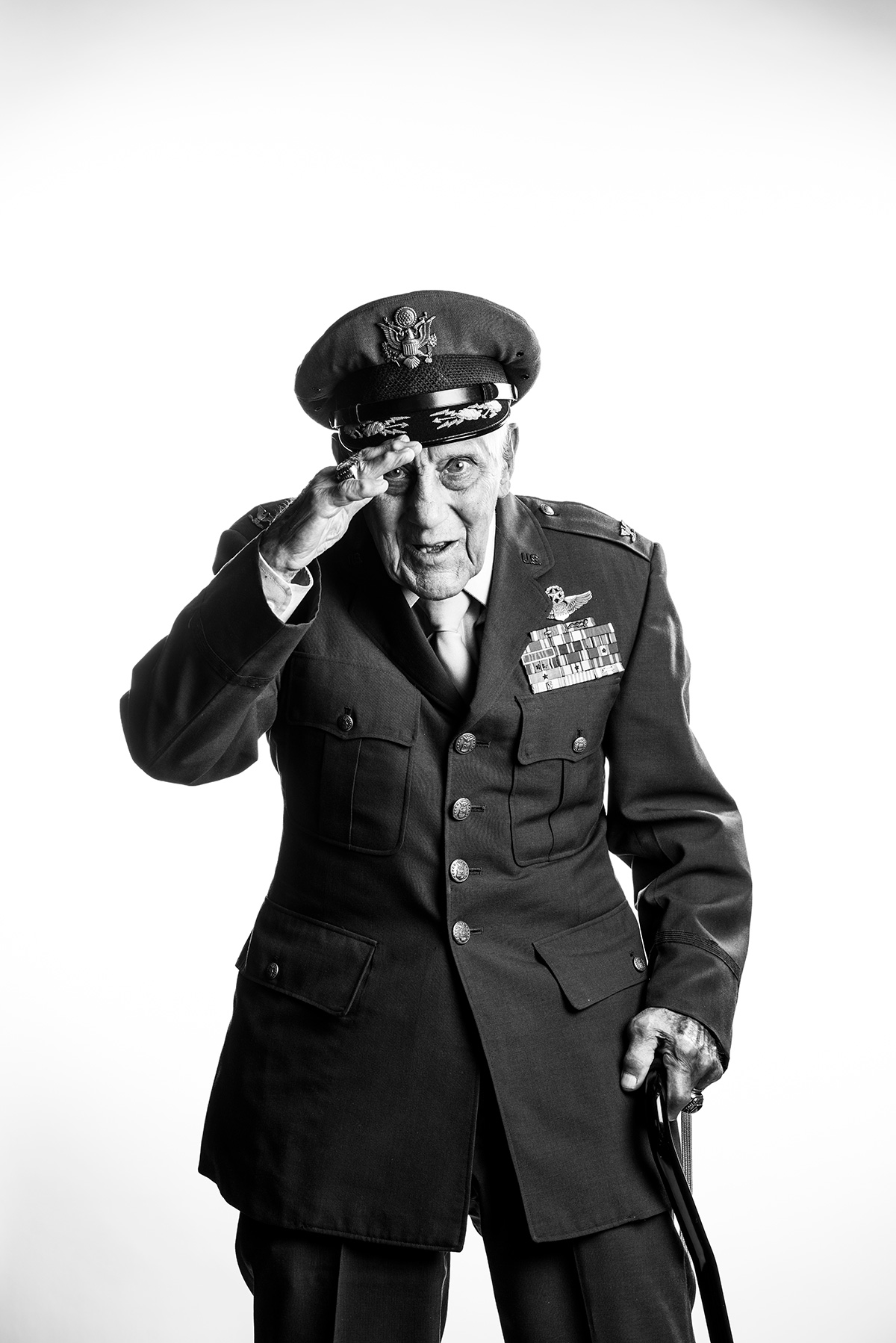 Anatomy of an Image: Veteran portrait by Stacy Pearsall 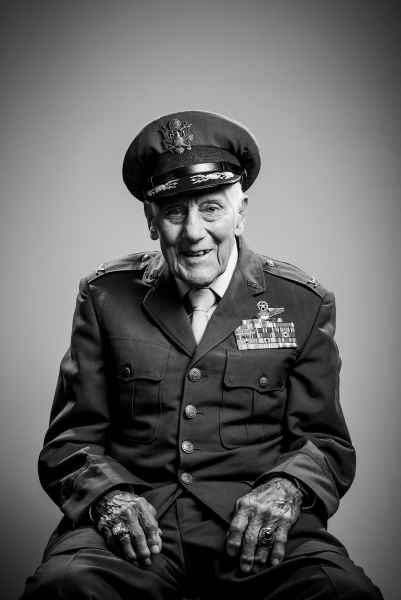 Stacy Pearsall’s comments: “I’ve rarely seen veterans of Paul’s age so mobile and spry. That’s why I wanted to have him standing for a few of his portraits. I didn’t want the light to detract from his amazing facial expression, nor his uniform, so I stood my main light to Paul’s right front, raised it slightly higher than his head and tilted down to create a Rembrandt-style light, but not so high to cast a shadow under his hat. To create visual dimension, I used a small strip light over Paul’s left shoulder that rimmed the shadow side of his face. I kept Paul’s body position straight to the camera so the viewer could have a better sense of his stature and frame. From there, I started chatting with Paul about his military service. His face was emotive and full of expression as we discussed his time in World War II, Korea, and Vietnam. With each exchange, I pressed the shutter, capturing a number of wonderful portraits. I’m honored to have had the opportunity to meet and photograph Paul before he passed away on April 14, 2016.” 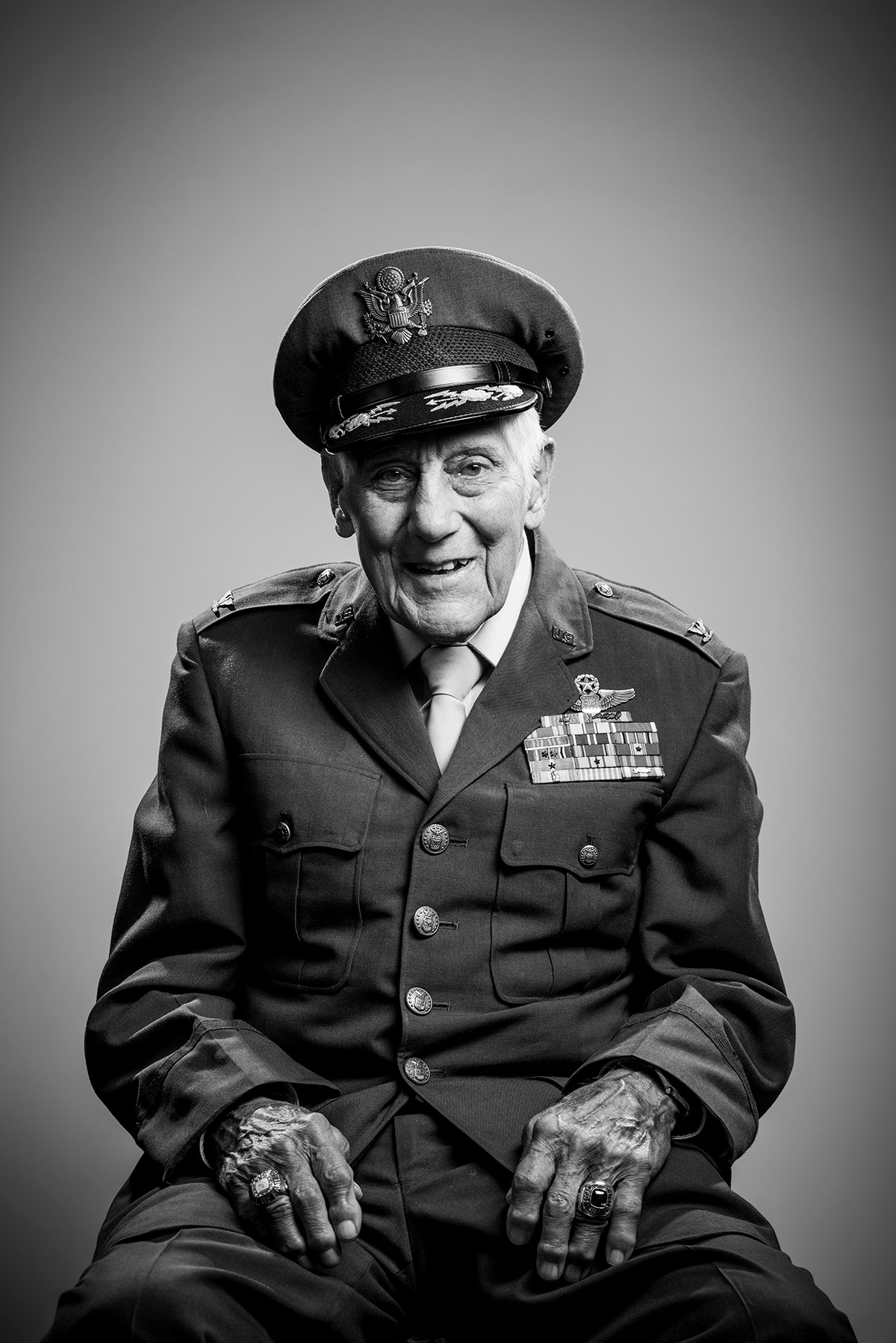