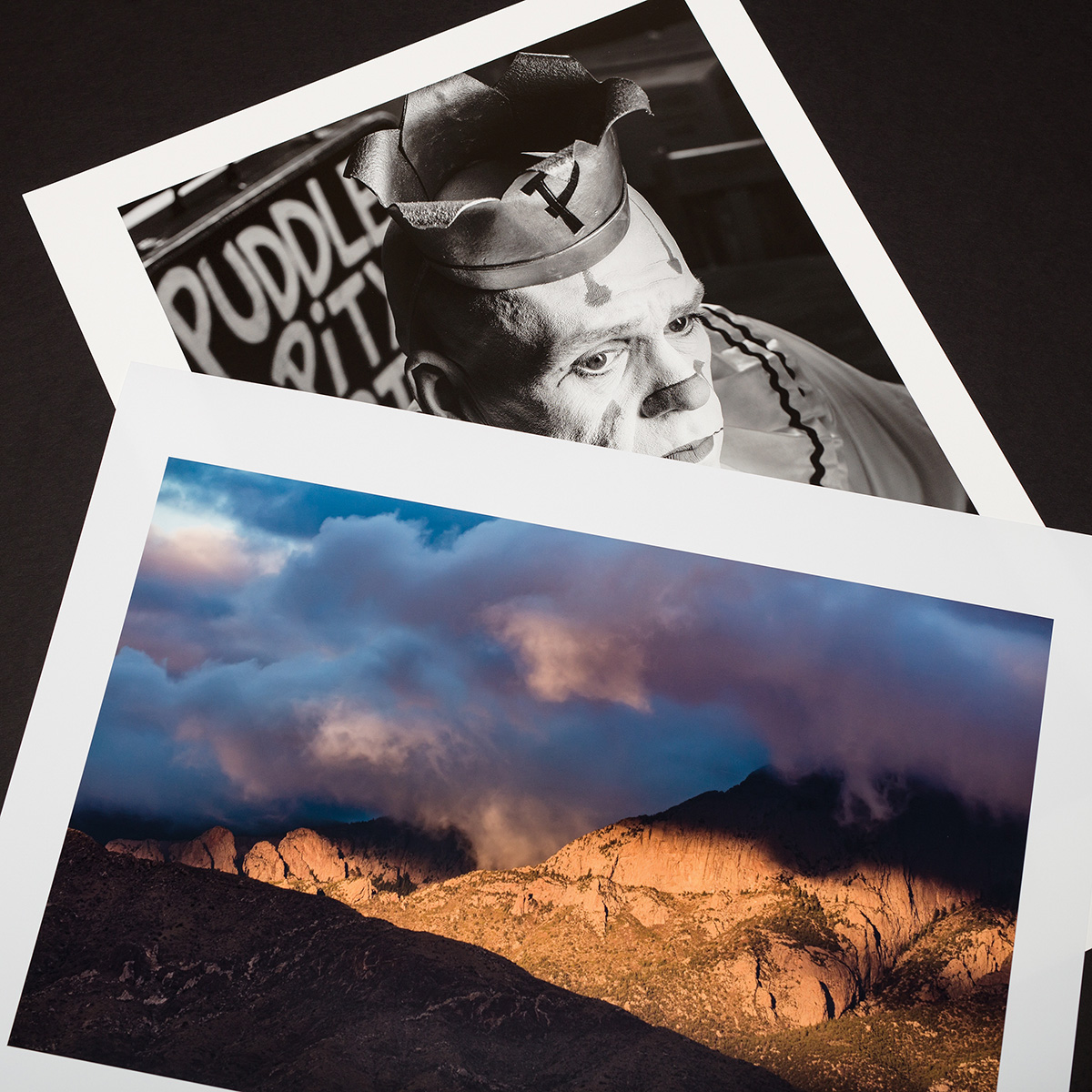 The imagePrograf Pro-1000 is the first in Canon’s imagePrograf Pro Series of fine-art inkjet printers. It’s a step up in size and technology from the Pixma Pro-1, but it doesn’t have a roll feed option like the larger imagePrograf machines, and the maximum print size is 17x22 inches. The 80mL ink cartridges have more than twice the capacity of the Pro-1 inks and load into their own compartment, which runs the length of the front panel and is located beneath the output tray. Images can be sent to the printer via USB 2.0, Ethernet, or wirelessly via LAN technology. You can also print directly from Android and iOS devices.

A 1.28-inch wide print head with 18,432 nozzles adds greatly to the speed and efficiency of printing. As with the Pixma Pro-1, Pro-10, and the larger iPF X400 series printers, each of the black inks has its own nozzle set, so no time or ink is wasted in switching from gloss to matte media.

No one likes a printer that clogs, and this print head incorporates a detection system that uses a light source to find clogged nozzles. If one is found, the L-COA Pro image processor maps the clog and switches on the fly to a nearby nozzle for the same ink so printing isn’t interrupted. This also reduces the amount of ink and time consumed by frequent nozzle checks.

Another internal technology introduced in the Pro-1000 is a two-way vacuum paper feeder to hold paper flatter. This eliminates the problem some people had with the Pixma Pro-1 and Pro-10 where the printable area was seriously constricted when using fine art media.

The Pro-1000 has an internal calibration system to prevent variability in color output due to aging changes or printer differences. When printing the same image on the same media, Canon asserts that the difference will be less than a Delta E of 2 (using the dE 2000 standard) when printing the same image on genuine Canon media. Delta E is a measurement of how different one color or one tone is from another, with Delta E 1 being the minimal value the human eye can see.

Technology aside, what do the prints look like? Last year I decided to change my printing workflow from going through the computer’s operating system (OS X 10.x.x in my case) from either Photoshop or Lightroom to using Canon’s Print Studio Pro (PSP) plug-ins for both Lightroom and Photoshop. With the plug-in installed in Photoshop you access it through File > Automate > Print Studio Pro. This takes the image file out of Photoshop and opens it in the PSP app. 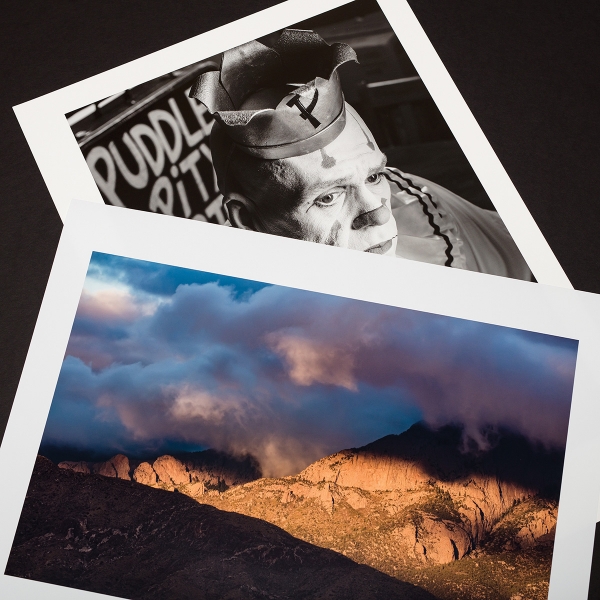 The one thing I don’t like about accessing Print Studio Pro is that it locks down Photoshop while it’s open. In Print  Studio Pro you can apply the correct profile for your media, resize the image, pick print quality, etc. It’s a straightforward print management process. Working with Canon and Red River media and ICC profiles supplied by both companies, screen-to-print matching was excellent. I profile the Apple 27-inch 5K Retina iMac that I do most of my work on using an  X-rite i1 Display Pro with i1 Profiler software (CIE Illuminant D65 white point, 120 cd/m^2 luminance, standard Tone Response Curve with gamma 2.2). I evaluate prints using a GTI Softview D5000 transparency/ Print Viewer.

In a print of a high-contrast photo of New Mexico’s Sangre De Cristo Mountains on a stormy day, where patches of sunlit clouds and mountain are set in deeply shadowed ground and richly colored clouds, color and tonal gradations in the highlights and dark portions of the image were true to what I saw on screen. Detail is crisp on Canon’s Photo Paper Pro Luster media, tonal gradations smooth, and colors rich and vibrant. Using Canon’s profile on my calibrated system I was able to get an excellent print-to-screen match with the first print.

Next I printed a black-and-white portrait of “Big” Mike Geier in his Puddles Pity Party guise. For this portrait I used Red River Paper’s heavyweight San Gabriel semi-gloss paper and a profile created by Red River. The Lucia Pro inks in the Pro-1000 combined with the Red River media yielded a neutral result with no color tint whatsoever, and the print itself had the physical and visual presence I haven’t often seen since the days of classic double-weight bromide papers. While the first print was very good, I wanted a little more contrast so I added a mild curve adjustment and had a print ready for delivery with the second sheet.

The Canon imagePrograf Pro-1000 has an MSRP of $1,299. Included with the printer is a full set of inks (replacement inks are $59.99 per 80mL tank and $54.99 for the Chroma Optimizer), a 5-sheet pack of 8.5x11-inch Canon Photo Paper Luster, and a CD-ROM disk with setup software, a user’s guide, and a suite of Canon printer utilities.