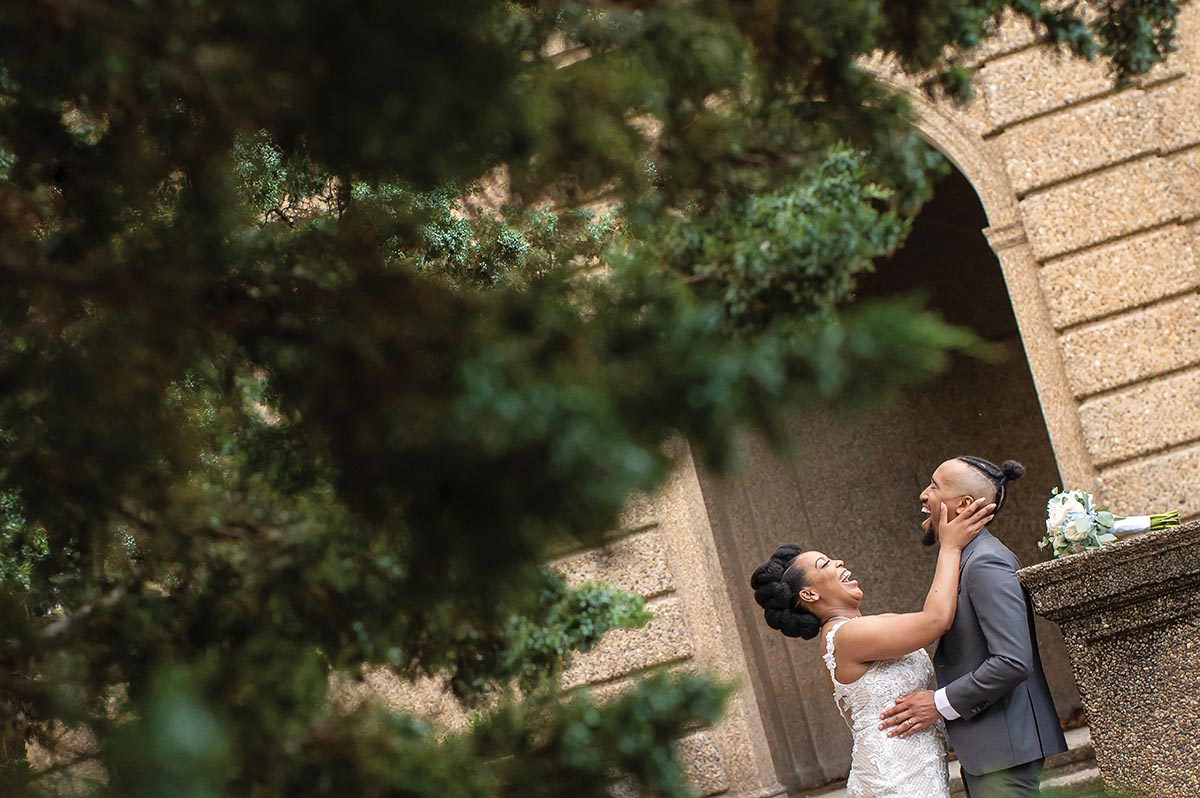 Kenny Clapp knows how to tell a good wedding story.

If you’re not from Baltimore, Maryland, you might not guess. But if you are, then you might even drop the moniker into casual conversation. “People from Baltimore are proud folks,” says Kenny Clapp, who’s based in Charm City.

“Baltimore?” Clapp hears the question mark attached to his hometown a lot from colleagues at photography seminars. He heard it when he met his future in-laws, though they lived in a Washington, D.C., suburb 45 minutes south: “You’re from Baltimore?” Clapp thinks the question mark represents an assumption that everyone from the city could be a character on “The Wire,” not someone with Clapp’s enthusiastically friendly demeanor. 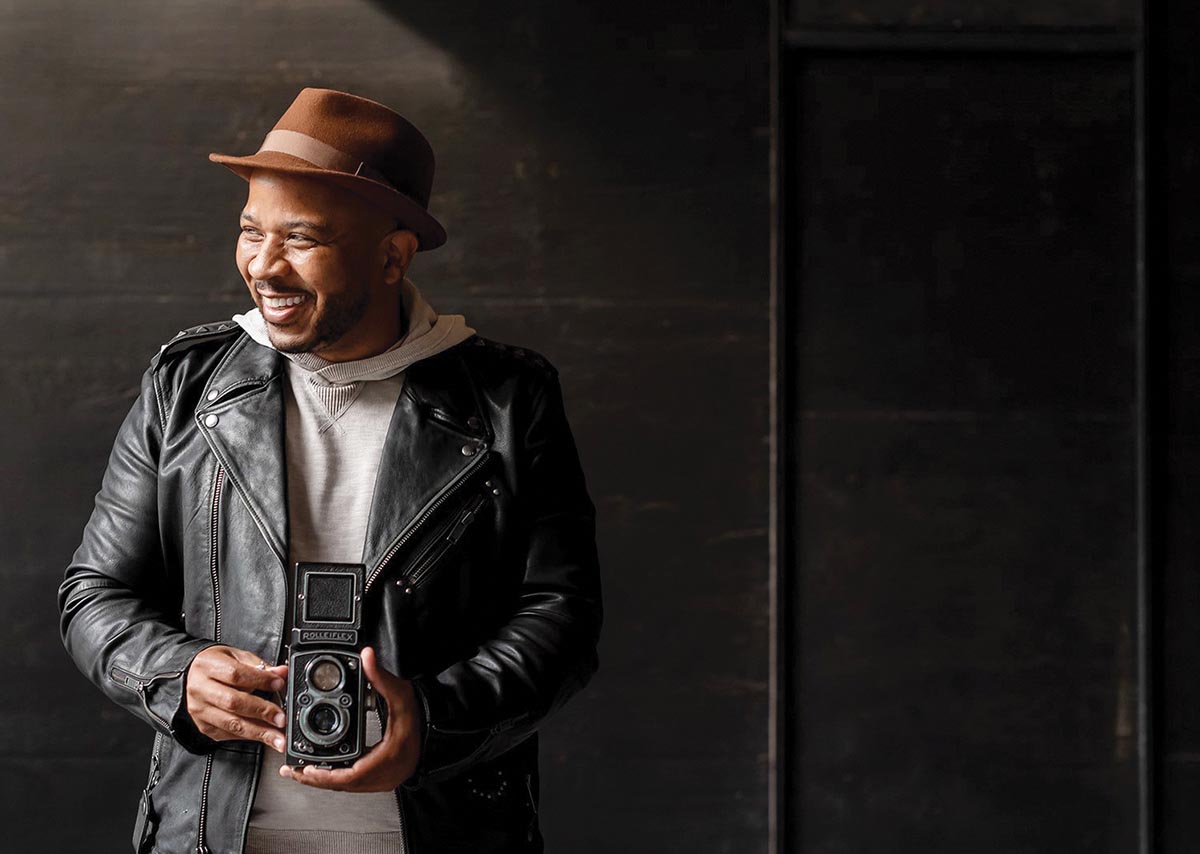 But that demeanor is fundamental to the Baltimore spirit. The blue-collar city may appear worn and weary depending on the weather and the neighborhood you’re passing through, but even in turbulent times Baltimore’s population has maintained a community spirit that cuts across racial and economic lines and thrives in eclectic neighborhoods. That sentiment runs through Clapp’s wedding and engagement portfolio. Whether he’s photographing a Black, white, Latinx, or Greek-groom-Russian-bride wedding in the nation’s Capital region or in New York, Florida, or the Caribbean, Clapp produces images that record family and community bonds, pride, and love.

Clapp feels the media—news outlets as well as fictional representations—negatively stereotype the city. “As soon as I say I’m from Baltimore, people say, Is it really like ‘The Wire’?” His answer—“Some places are worse, some places are better, depends on how you travel”—is typical Baltimore, whose residents understand that part of living in this great city means knowing when and where not to be. 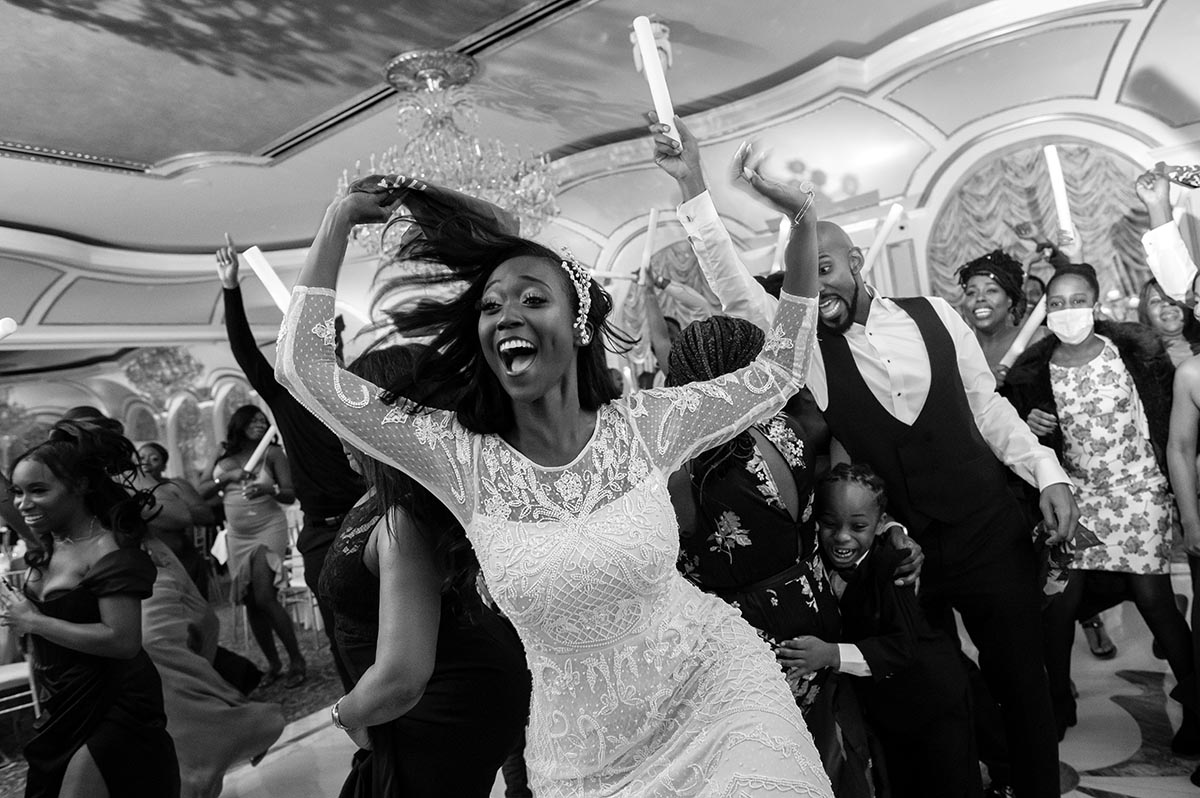 Clapp so appreciates this opportunity to credit Baltimore’s influence on his wedding and engagement photography, that he wanted us to meet at the R House in the Remington neighborhood northeast of downtown. He was born and raised in Northwood, 15 minutes from here, and now lives in Hamilton, three neighborhoods beyond.

The restaurant is a 1924-built car dealership reconfigured as a food hall in 2014 by 10 local chefs. At one end is a typical neighborhood bar; the rest of the room comprises tables, chairs, and sofas where people can socialize and eat a variety of cuisines served at windows along two walls. Clapp sweeps his hand to encompass the diverse clientele. “These folks here might be millionaires, but you don’t know,” he says. All you know is that they like different kinds of good food. 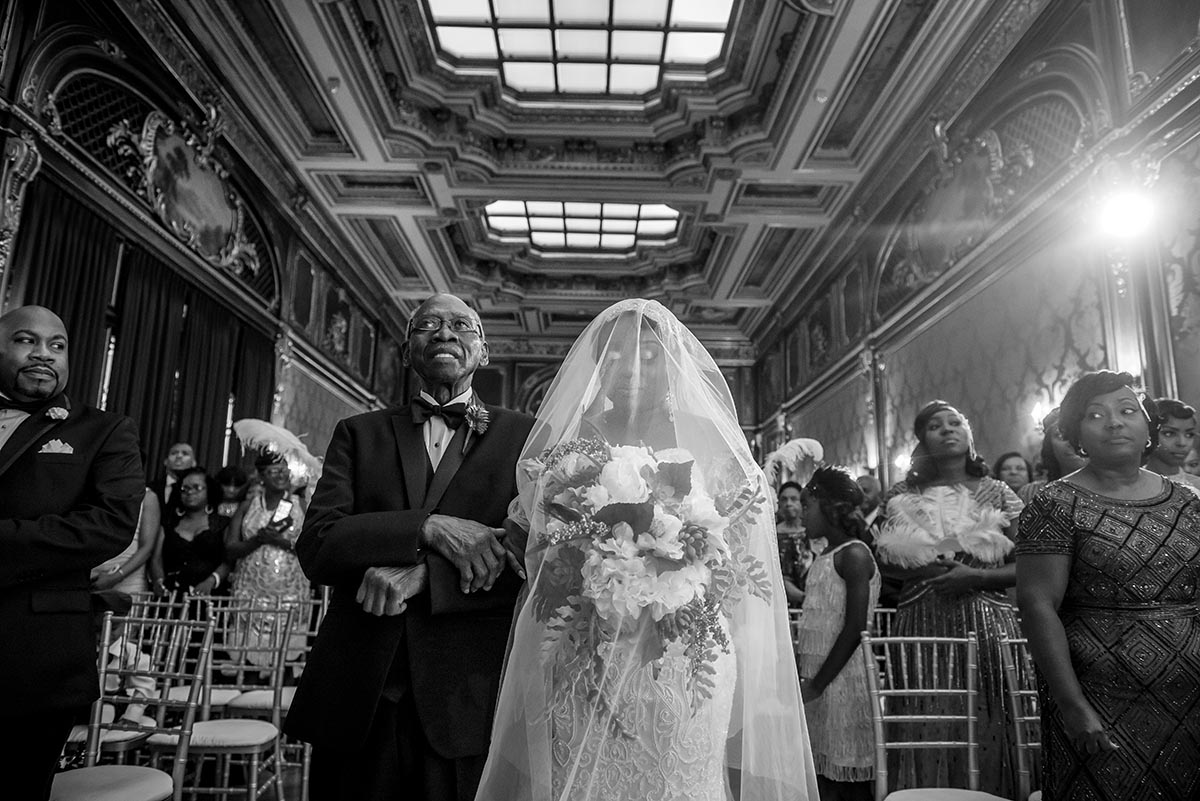 He grew up seeing more to things than their original purpose.

This attribute leads to his signature, award-winning wedding images. Weddings are a community ritual centered on family love. Clapp finds the real stories in the love rather than the ritual. As a mother helps her daughter into her wedding dress, Clapp is looking for the human bonds. “I’ll wait, anticipating that something’s going to happen,” he says. “People are unpredictable, but when you feel something is about to happen, usually it does. As a photographer, you have to have that patience to wait. It pays off to wait and see something deeper than what you think is happening.” 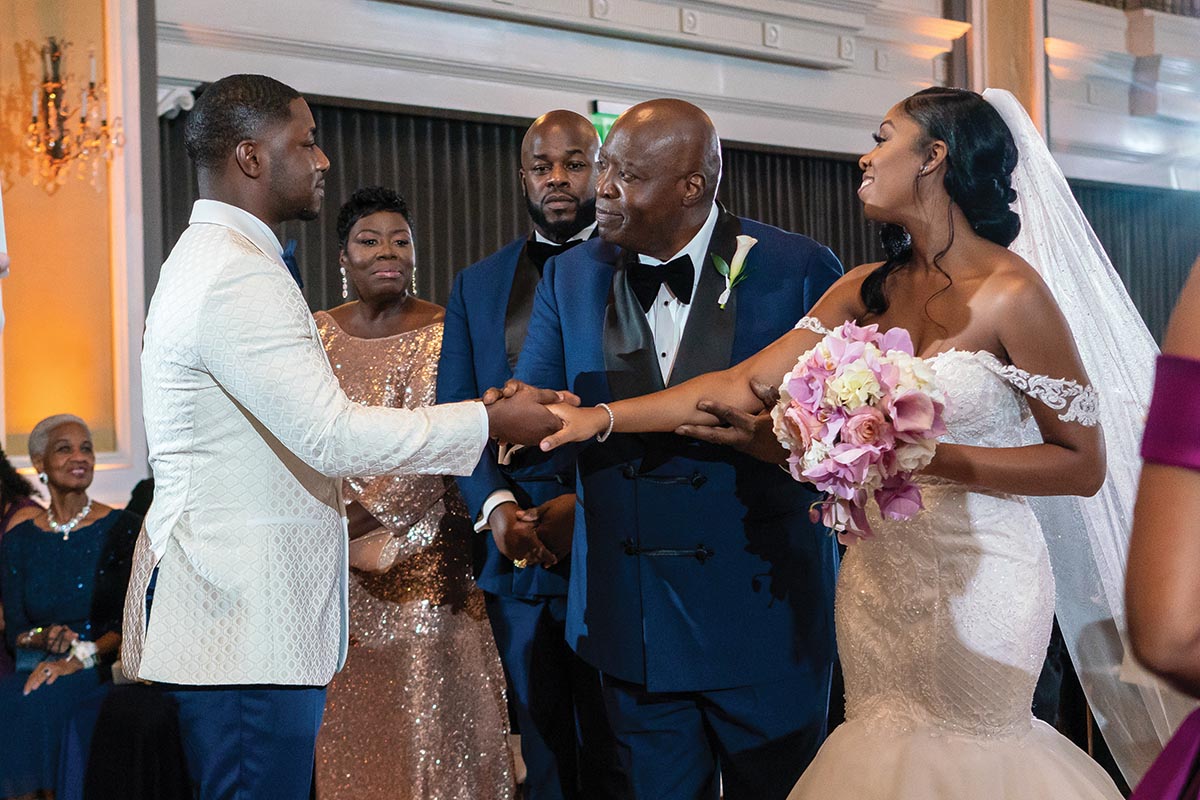 Based on Clapp’s portfolio, potential clients might think he specializes in high-end weddings. “People look at my pictures and say, We’re not your typical client. Our wedding isn’t going to be in a fancy place. I say, Don’t worry about that: You just tell your story.” The fact is, those aren’t “fancy places.” “You have no idea what those places really look like,” he says. The subject’s emotions enrich their surroundings, and effective use of lighting, which Clapp teaches, allows photographers to see the unseen, revealing all manner of emotions. “I want my clients to be proud of those moments that they encounter on their wedding day.”

Such moments have particularly strong meaning for Clapp because his mother passed away five days before his 30th birthday and three months before his wedding. Behind every photograph of a mother-son dance is the tragedy that kept him from having his. When mothers begin getting on brides’ nerves, Clapp knows they only want what’s best for their children. “I give those mothers that space because they’ve earned it,” he says. “I wish my mom was there to have gotten on my nerves.” 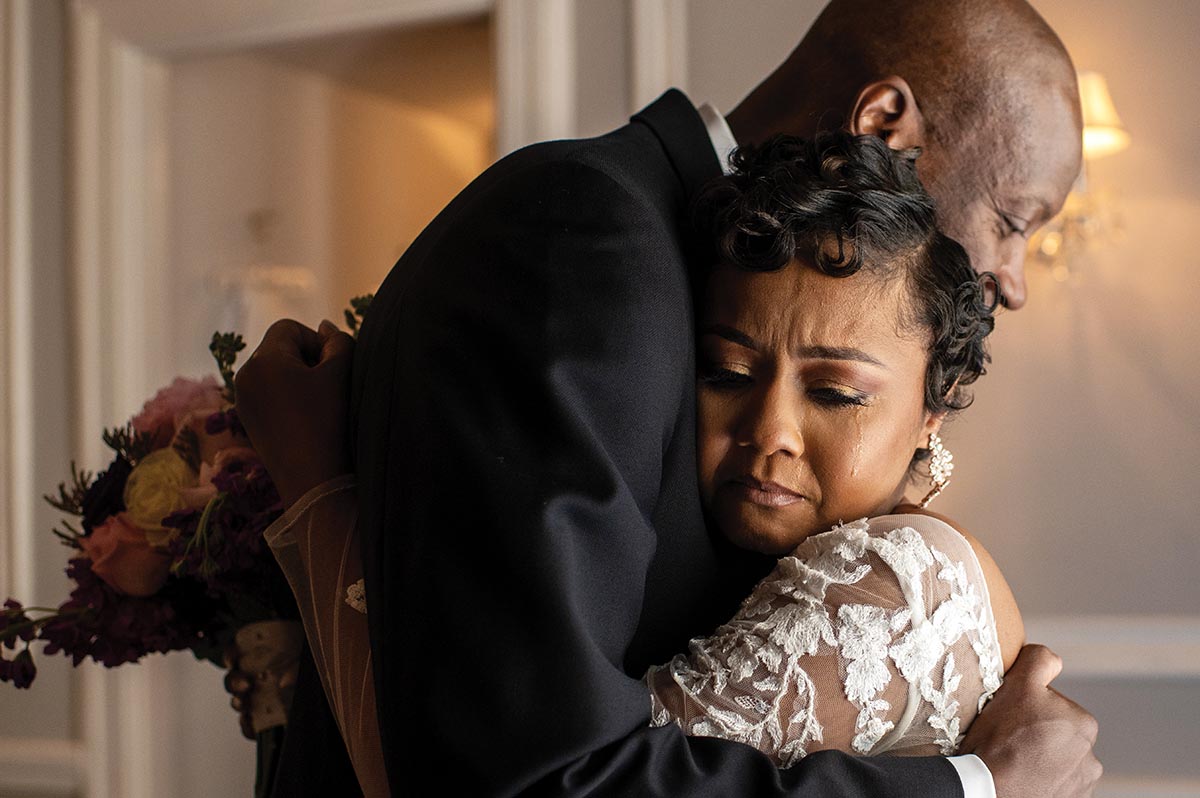 Clapp’s mother was a civil service employee; his father worked for the railroad. They taught Clapp how to draw, inspiring him to become an artist. He followed his mother’s path and became a third-generation federal employee working for the Social Security Administration. He’d risen to a management-level position, and the increasing job stress prompted him to taking up drawing again. 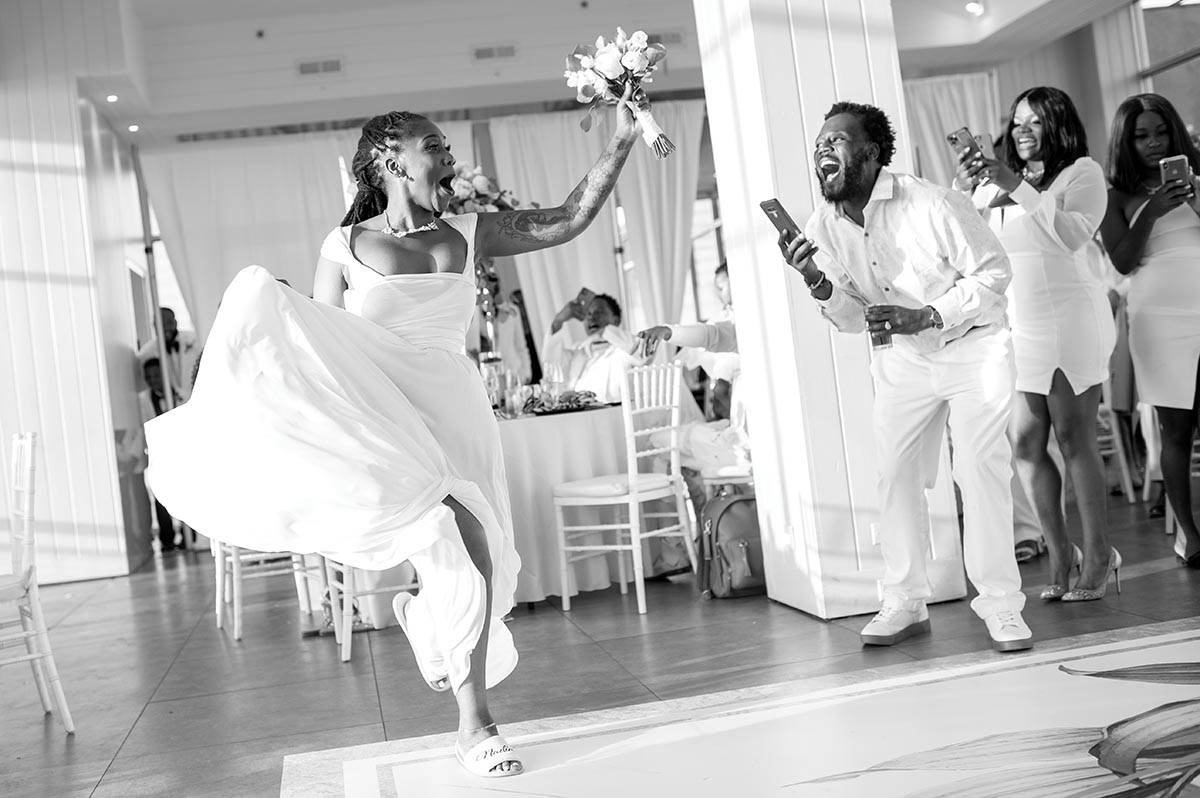 His brother is a photographer, but Clapp found his new artistic outlet through his brother’s best friend, a club photographer. “There was something that attracted me to that setting,” he says. “I liked how natural people were. They were in the moment.” Clapp’s true epiphany came when he photographed a surprise birthday party for a childhood friend, during which her boyfriend proposed to her. “I was like, this is it. I don’t know what this feeling is, but this is it. I could be a witness to other people’s joy and love for each other. This is what I want to do.”

At the time he didn’t think of wedding photography, but his friend’s new fiancé insisted that Clapp photograph their wedding. “I was four months into photography,” Clapp says. “I didn’t have a technical understanding of what I needed to do. He said, do what you need to do, get what you need to get, but you are shooting our wedding. I was hesitant to do it, but something was pushing me. I didn’t know where it was going to take me.” He didn’t want to screw up this friends’ wedding, so he began attending workshops. 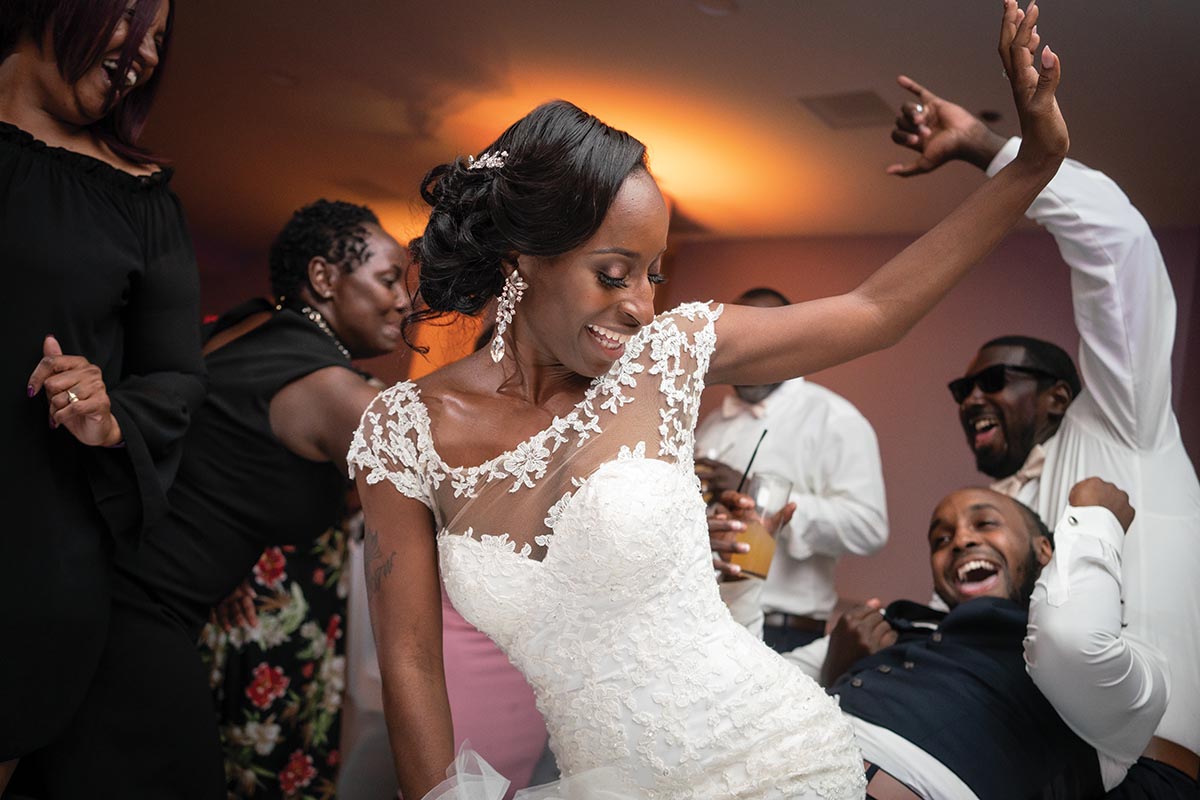 Even with his full-time federal government job, Clapp was photographing about 35 weddings a year before COVID hit; during the pandemic he’s still worked more than 15 weddings each year, chronicling family love and community bonds.

“That’s where my upbringing, coming from Baltimore, comes through: my ability to see something that may not look like it’s there from the surface. That charm. Weddings have never disappointed me in my 14 years of doing them. When I first started, I used to say, oh, I hope this is going to be a good wedding. It’s always a good wedding.” 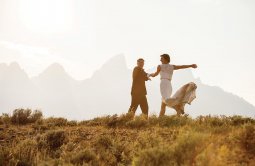 An Expression of Photographers’ Rights 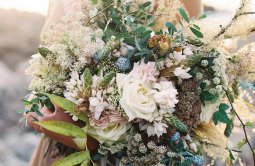 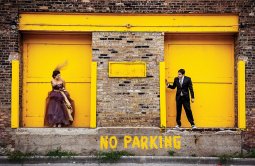 A career in photojournalism transitions into so much more.