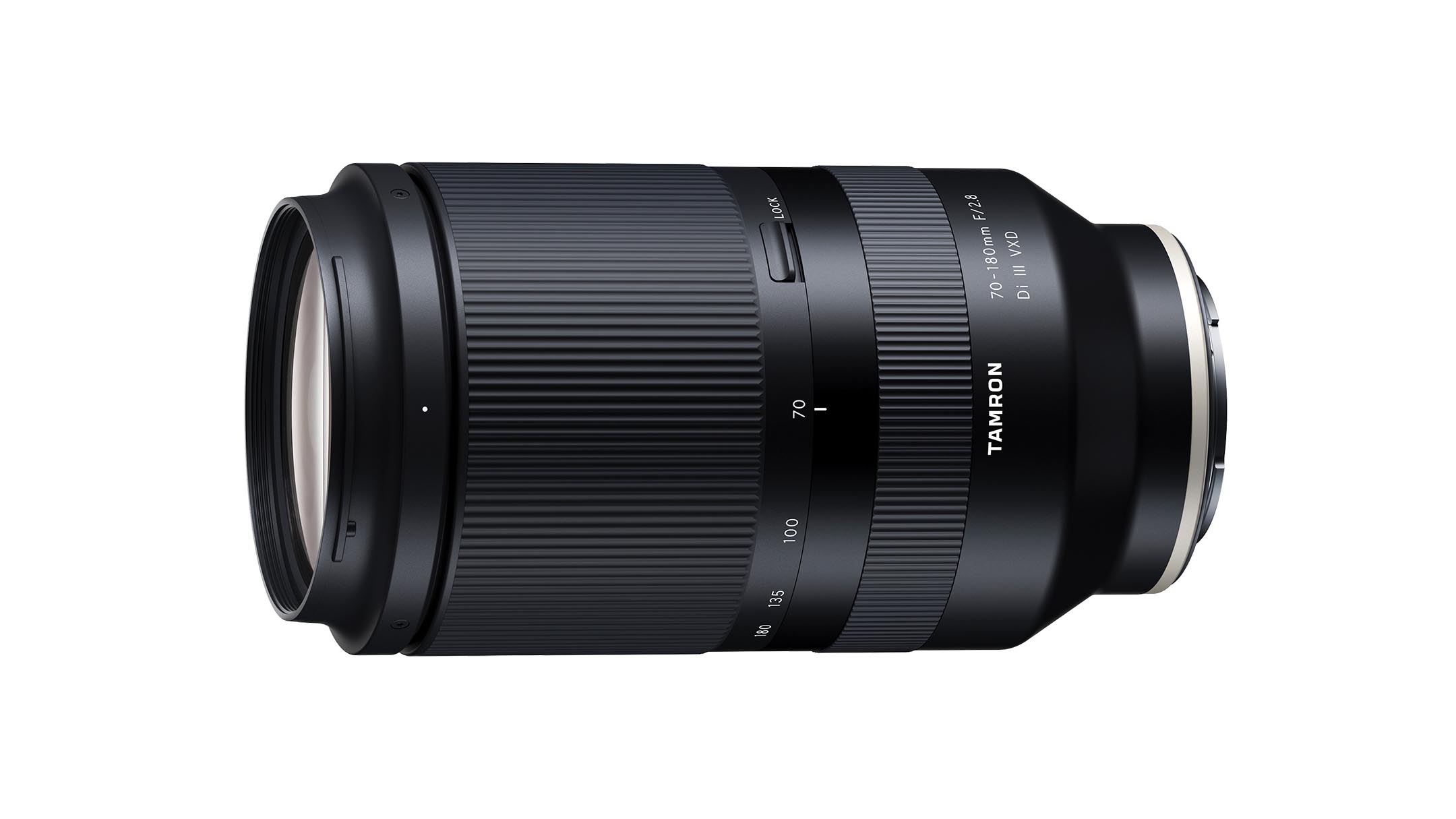 The two workhorse lenses for professional photographers are a 24-70mm and a 70-200mm f/2.8 zoom. It’s hard to beat this duo for versatility, but they tend to be large, heavy, and expensive, especially the longer one.

Tamron breaks that mold with the new 70-180mm F/2.8 Di III VXD. It’s available only in Sony E-mount, and you give up a few things you’d have with traditional 70-200mm lenses, like the extra 20mm of focal length at the long end, a tripod collar, and built-in image stabilization. On the plus side, this Tamron lens has excellent resolution and is easy to carry. At $1,199, you could buy two for the price of one Sony FE 70-200mm F2.8 GM OSS and have a few dollars left over. I tested the lens for this review using the Sony a7R IV. 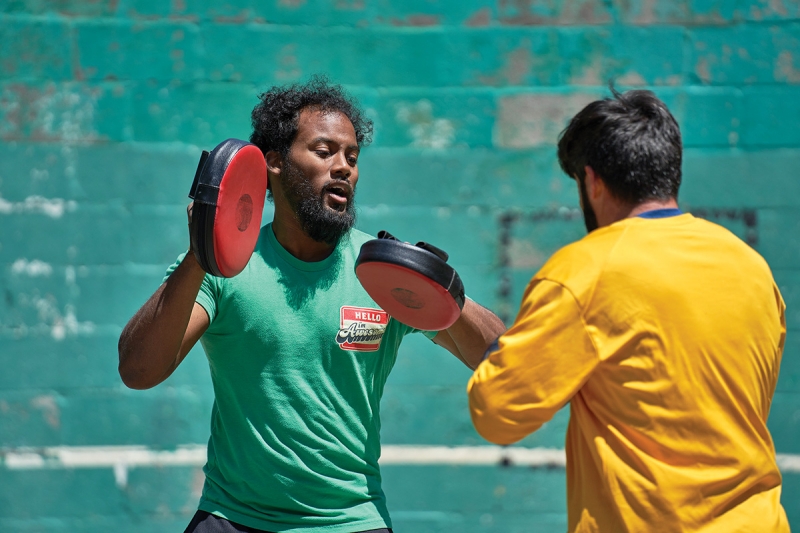 © Ellis Vener
The accuracy and speed of the lens' autofocus system is a match for Sony's top-of-the-line cameras thanks to a pair of VXD (voice-coil extreme-torque drive) units, Tamron's first linear focus mechanism.

The lens is fairly svelte at 1.78 pounds and 3.19 inches in diameter; at 70mm it’s only 5.9 inches long. It’s built around 19 elements in 14 groups and takes a 67mm filter on its non-rotating front. The Tamron’s compact size and weight (55% of the comparable Sony lens without its tripod collar) makes it easier to use hand-held. As you increase the focal length, the inner barrel of the lens extends, but even at 180mm, the Tamron is still noticeably shorter than the Sony. Going from 70mm to 180mm requires less than a quarter turn of the two-inch-wide ribbed zoom ring. The only two controls on the body of the lens are the zoom ring and the focus-by-wire manual focus ring. The lens is nicely balanced with a Sony a7 or a9 series full-frame body. As befitting a lens that seems made for travel photography, there are eight moisture-resistant gaskets distributed throughout the lens and a water- and oil-repellant fluorine coating (chemically similar to Teflon) on the front element.

As you stop down, bokeh (the aesthetically out-of-focus areas) is quite nice, even if it’s not as smooth and round as what you see with the Sony, which has an 11-blade aperture. In manual focus mode at 70mm, it can focus as close as 10.6 inches, but in autofocus mode, the minimum focusing distance at all focal lengths is 33.5 inches. The optical formula includes five LD (low-dispersion) lenses, three aspheric elements, and one XLD (extra low-dispersion) glass element. Tamron’s BBAR-G2 anti-ghosting and anti-flare coating is used to good effect. 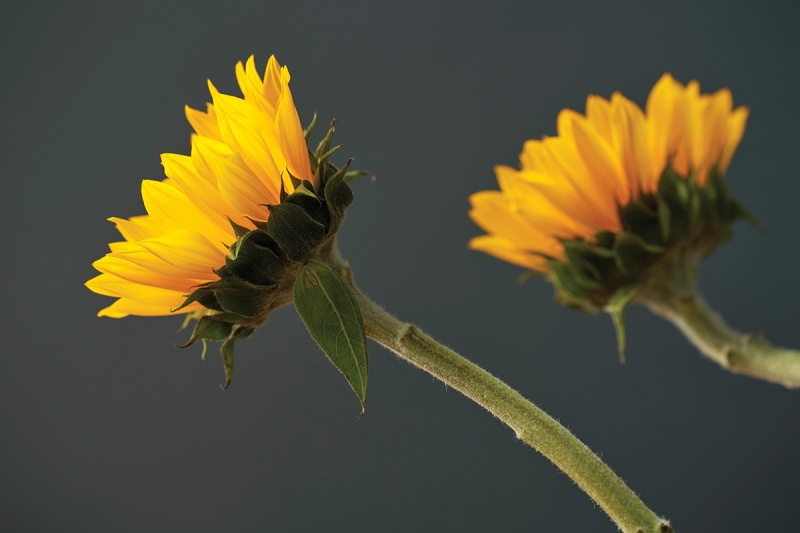 The accuracy and speed of the lens’s autofocus system is a match for Sony’s top-of-the line cameras thanks to a pair of  VXD (voice-coil extreme-torque drive) units, Tamron’s first linear focus mechanism. I had no problems keeping up with a pair of boxers who were weaving and bobbing while exchanging blows during an outdoor sparring session.

If you regularly use a tripod, you’ll likely miss not having a tripod collar. No tripod collar means you can’t rotate the camera and lens while keeping the subject centered in the frame. I’m also concerned about stability during very long exposures or shooting video. But if you rarely or never use a tripod or monopod, you probably won’t miss it or the extra weight.

While every other leading 70-200mm lens has a stabilization mechanism, the Tamron 70-180mm F/2.8 relies on Sony’s five-axis in-body sensor stabilization system, and that decision seems to be sound.

After years of using much larger and heavier 80-200mm f/2.8 and 70-200mm f/2.8 lenses, I very much enjoyed my time with the Tamron 70-180mm f/2.8 Di III VXD. It performed well no matter the subject and produced extremely sharp pictures with good micro-contrast and no flare or ghosting from light sources. The bokeh could be a little smoother but to such a slight degree that only other photographers would notice it. And if your audience is focusing on what’s not in focus, you probably have bigger problems with your image.

Ellis Vener is a commercial photographer and contributing editor to Professional Photographer.