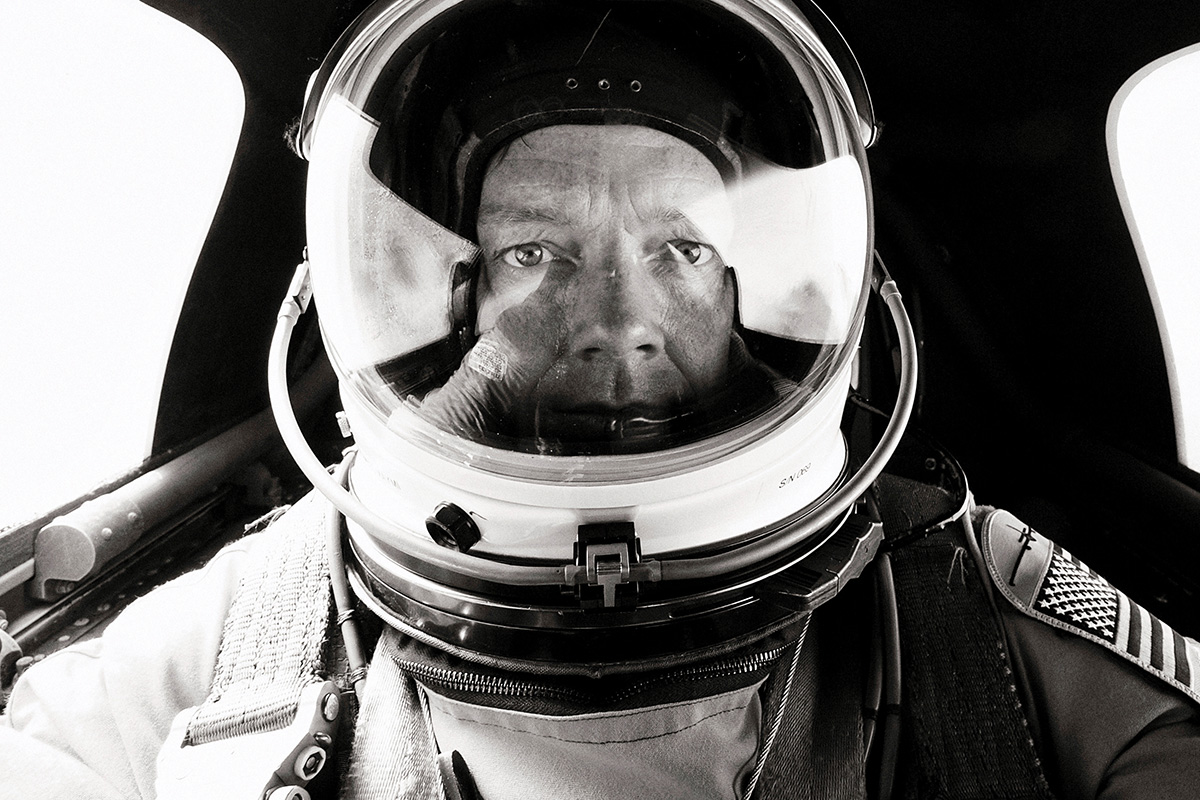 Christopher Michel’s life experiences are almost as varied as his photography. The California-based editorial photographer grew up overseas before returning to the United States to join the Navy, where he became a navigator and flight commander aboard P-3C patrol aircraft hunting Russian submarines. Later, he attended Harvard business school for his MBA before launching and selling two technology companies. While Michel was at Harvard, a close friend gave him his first camera. From that moment in 1998, photography became an increasingly important part of Michel’s life until 2008, when it became his primary pursuit. 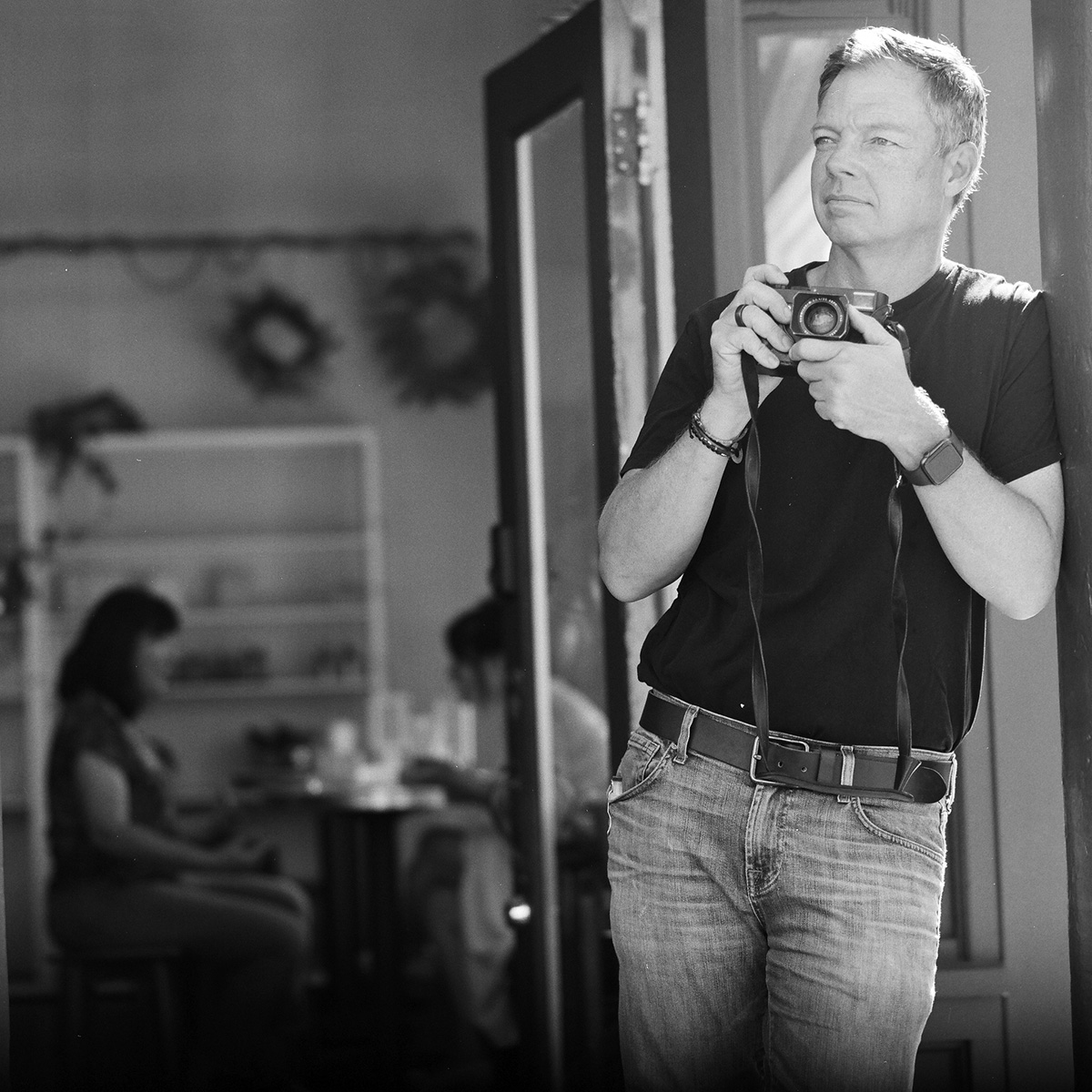 Along the way, Michel has photographed stories in the Democratic Republic of Congo, Papua New Guinea, at the North and South Poles, and along the edge of space. Currently, he’s serving as the national artist in residence for the National Academies of Sciences, where he’s working on a portrait series called “New Heroes” that portrays scientists as figures of admiration in society.

Michel’s experiences read like a laundry list of extreme photographic adventures and bucket-list expeditions. However, the string of extraordinary projects weaves cohesively through a central purpose. “My objective in photography is making a difference, spending time on things I’m interested in and with people I admire,” he says. “To do that, it’s important to be able to effectively tell stories from the perspective of the people who lived them.” Indeed, Michel feels that the storytelling element is not only central to his work but critical to the future of all photography. 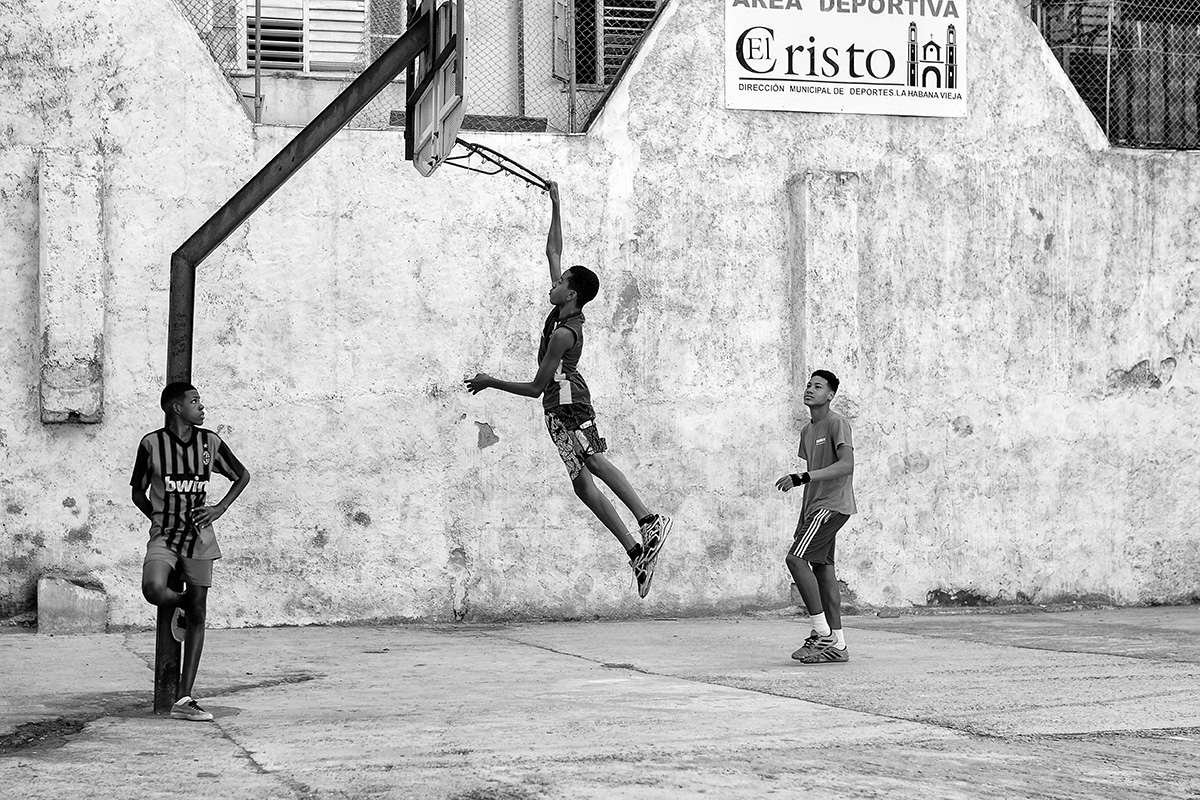 Michel’s photography carries the theme of finding humanity in extreme environments. That search for humanity extends from the frozen expanse of Antarctica to humans’ most confined existence in maximum security prisons. Many people wouldn’t necessarily think about the beauty of humanity when spending time with a convicted murderer, “but there is humanity in all of us,” Michel asserts. And that’s what he’s searching for: humanity, beauty, and our existence as people in the greater context of the world around us.

To make a captivating environmental photograph, it’s usually the environment plus something else. Anyone can point a camera at a pretty scene. The way to engage viewers with the image is to bring them into it, to find a connection. For Michel, that connection is the human element. “Looking at these extreme environments, what is it you want to photograph?” he asks. “A lot of times photographers are waiting for people to leave the frame. I wait for people to enter it.”

And then there’s the pursuit of originality that makes people stop and consider an image. To achieve this pause in our ultra-image-laden lives, it’s important to avoid clichés that can make an otherwise exceptional scene appear all too familiar. For example, there’s the well-worn imagery of humans carving out an existence surrounded by daunting circumstances. There is validity in those images, but is that all the scene has to offer? Michel thinks back to a project in the Congo, when someone on the trip urged him to look for hopeful images of Africa, not just the scenes of starvation and strife. It was a good reminder that, while it’s important to document the harsh reality of the situation, it’s also important to show the different sides of that reality—including humankind’s eternal search for hope. “Because there is hope in everything if you look for it,” says Michel. 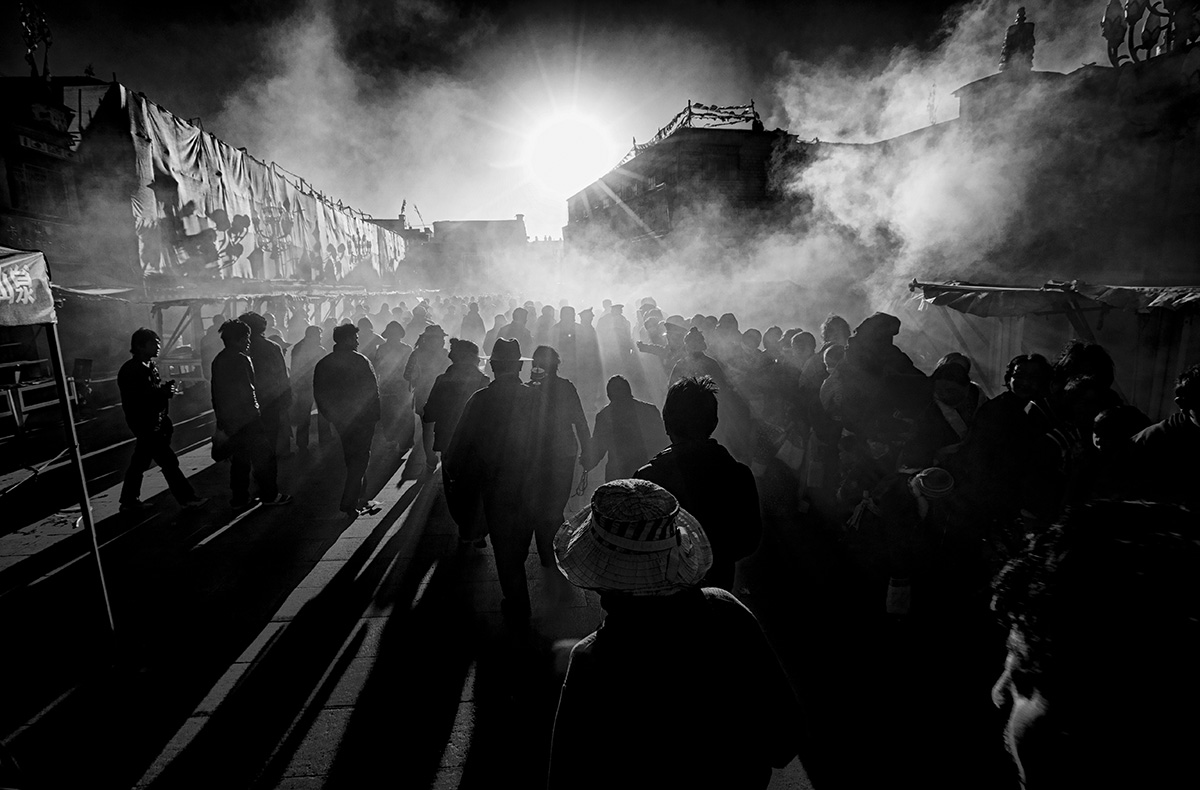 An Unusual Position of Trust

Michel brings a unique set of experiences to any project, and those experiences provide perspective. “Those varied experiences are differentiators,” he says. “People don’t look at me as just a photographer.” For example, Michel worked with the National Academies for 15 years, not as a photographer but as someone who helped with their communications, before they brought him in as their inaugural artist in residence. So he already had the connections and had built trust among decision makers.

Trust is a critical element, he explains. “Working with large organizations, they need to be able to trust you to tell their stories.” When Michel landed the assignment to document a superhigh-altitude flight aboard a U.S. Air Force U-2 spy plane, the Air Force trusted him to tell the story of what it’s like to fly at 70,000 feet, not to sneak in an exposé about everything that’s wrong with the Air Force. For Michel, that trust is important, and it’s built on relationships and on a commitment to pursue a story with a particular angle. It also fits with his worldview. “It’s easy to focus on what’s wrong with the world, but I prefer to look at the wonder that’s present in the world,” he says.

“Often, what we create is a reflection of how we view the world,” says Michel. “That’s the wonderful thing about photography, especially more abstract photography. The viewer brings their impressions and viewpoint into the image.”

These impressions can include images of the seemingly mundane. Michel feels the images he’s made that have touched people the most are the subtle photographs of everyday people living their lives. He recalls a shoot in Greenland, where he photographed a family, including several young children, pulling pilot whales out of the ocean and carving them up. It seemed like such a dramatic and rare scene, but when he asked the father what he planned to do with the meat, he shrugged and said, “Feed it to the dogs.” This impactful moment for one person was nothing more than a routine activity for another.

That’s often the story of photography, says Michel. “What seems average and mundane to some people can be fascinating to others. There may be images I didn’t necessarily think of as particularly compelling, but there’s humanity in those images. So you have to think about it. Because if there’s something dramatic like a polar bear or a nuclear icebreaker nearby, you want to go there. And those postcard photographs are fine, but that’s not really what I’m looking for.” 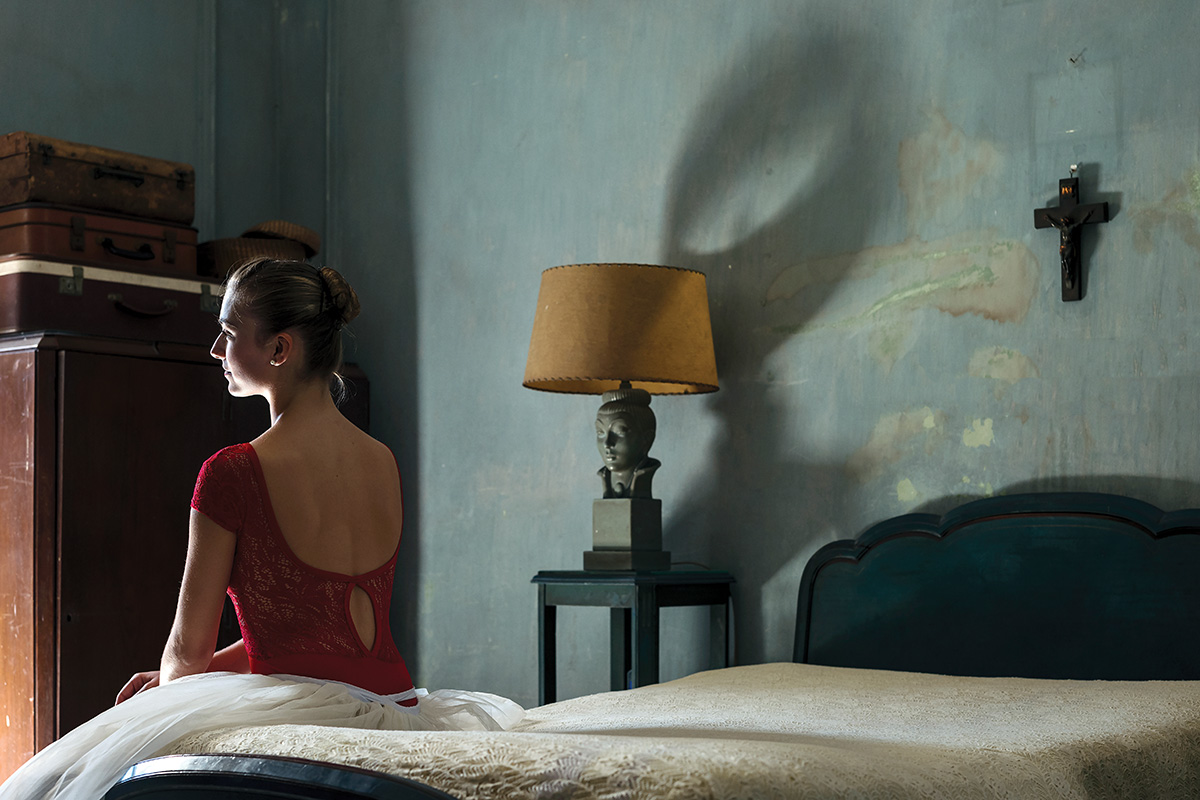 The search for a unique angle is at the core of Michel’s approach to storytelling. It’s also a trait that he feels defines today’s most successful documentary photographers. “The photographers who get the most interesting projects are the ones who tell the most compelling stories,” he says. It helps to consider: What special point of view do you bring that makes you the right person to tell a particular story? And just as important: How will you tell that story in new or intriguing ways that draw people in more effectively?

“What we need is more people who can effectively communicate,” says Michel. “I used to be more of a purist, adhering to documenting straight out of the camera, but now I’m more about new ways of storytelling. The world is changing extremely fast, and we have to adapt to it. That’s where the future of photography and visual storytelling is going—finding new and creative ways to tell a story in the most effective way possible.” 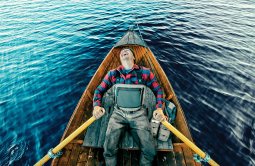 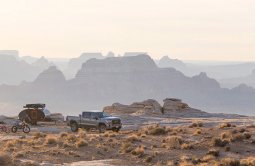