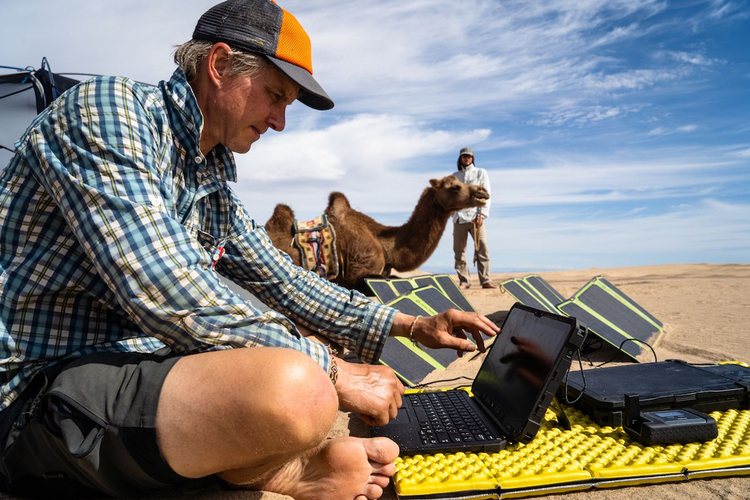 While the pandemic may have hindered Libecki’s excursions, once it was safe, he started traveling again and shared with us insights from his recent visit to Alaska as well as how he hopes his work will continue to impact lives.

Changing the world one expedition at a time

Having completed more than 85 expeditions, Libecki’s recent adventure not only tackled new terrain, but allowed him to continue his microplastics research, the study of plastic debris smaller than a millimeter found in our oceans and lakes. According to a recent report, studies show that up to 80 percent of the oceans litter consists of plastic. Libecki and his longtime friend, expedition partner and scientist Abby Barrows, are working together to solve and decrease the accumulation of plastics in our oceans and on land, an important feat they can’t do alone.

“We are grateful for the team that is supporting us on this journey,” said Libecki, “It wouldn’t be possible without our partners — Dell Technologies, Adidas, and Goal Zero Solar — and so many others for their support.”

While many of his excursions focus on exploring remote and untouched places on the planet, Libecki is using his most recent adventure to better our planet. The best part about his lifestyle is being in the field and working with so many amazing people, including his daughter. Not only is he fighting for the oceans, but he and his daughter began a humanitarian project in India (501c3, joyfund.org), in partnership with Dell, to help make the world a better place. When it comes to his travels and projects, his favorite adventures include his daughter who has traveled to over 28 countries with him.