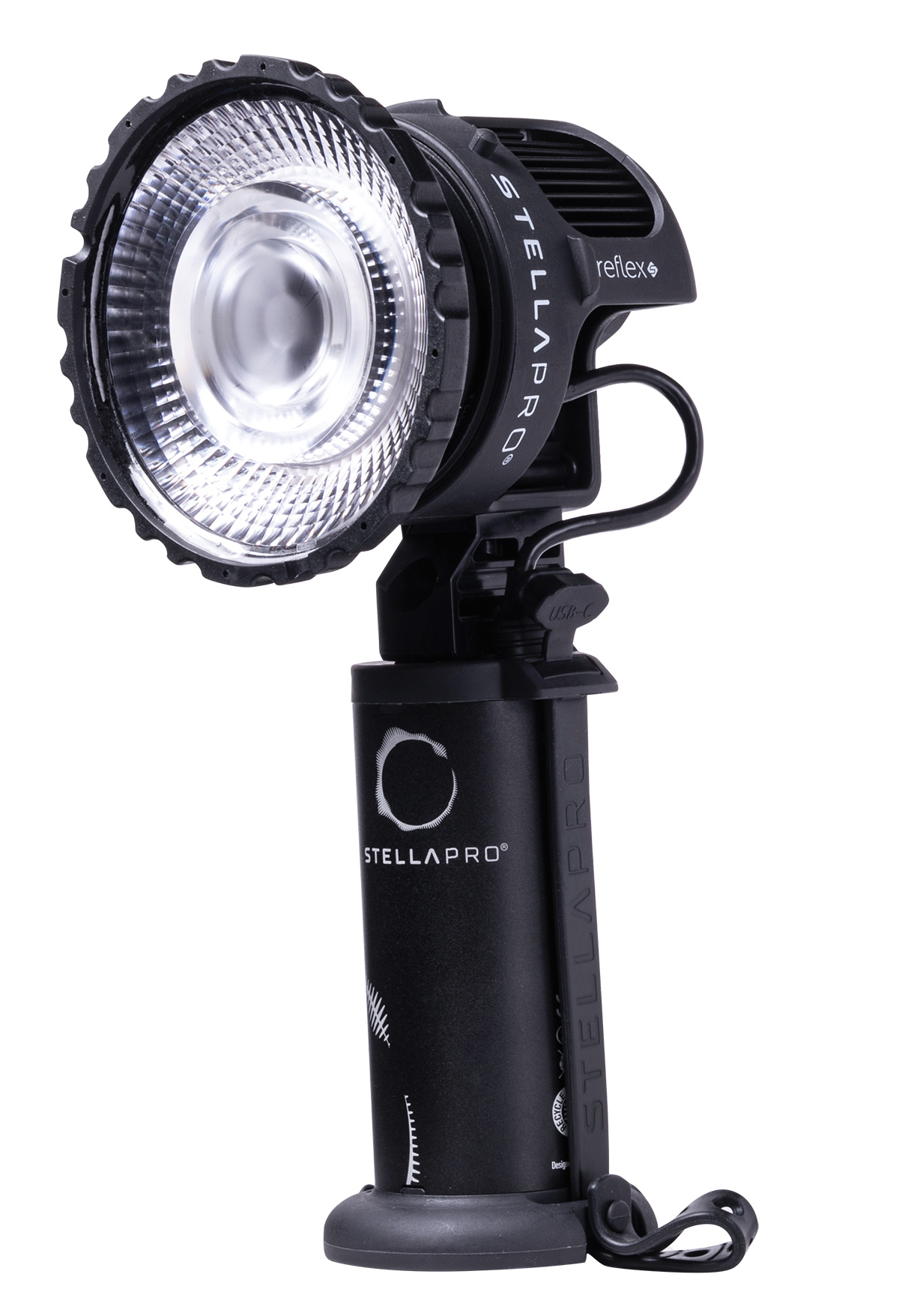 As more clients and customers require both motion and still photography, the demands on our lighting tools also evolve. Ideally, rather than carry a set of lights for stills and another for video, I want high-quality lights that can instantaneously switch between short-duration pulses to freeze action and continuous modes suitable for video. 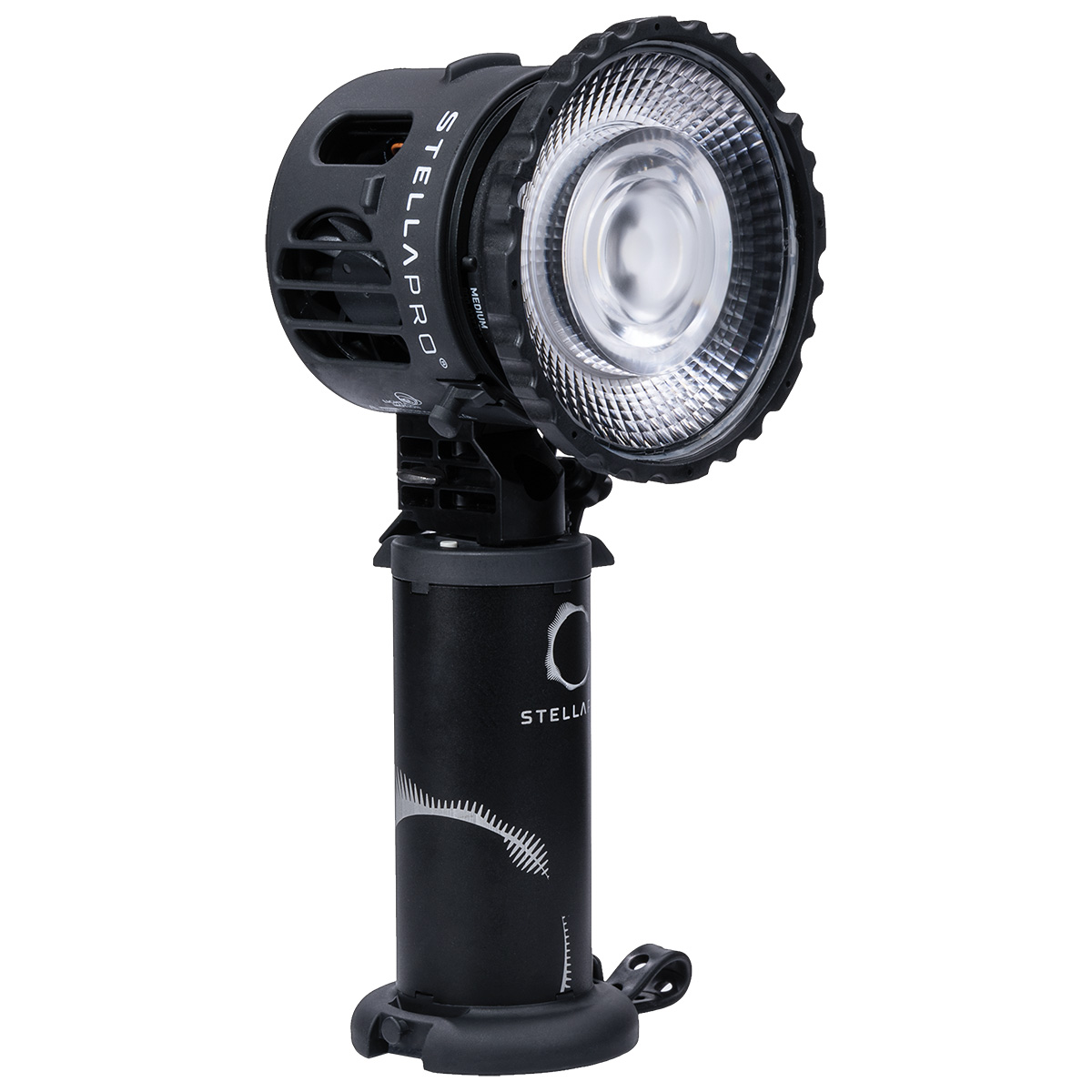 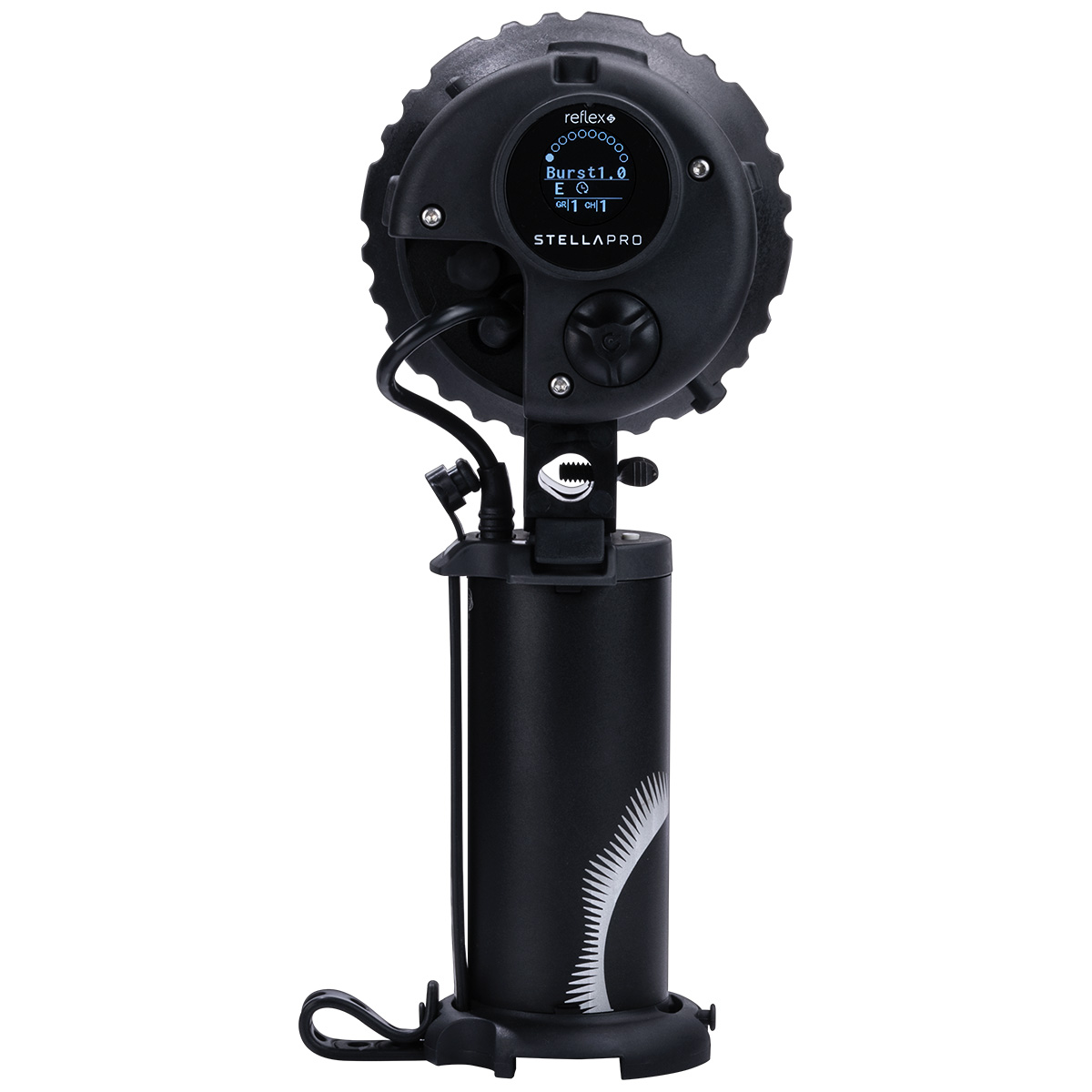 Reflex lights are CoB (chip on board) LEDs that can be used either as constant sources or in Digital Burst mode, which is the LED equivalent of electronic flash—thus the hybrid designation.

The Reflex is a lighting instrument in two parts: a lamp head and a power supply. You can keep the head mounted on the battery or separate the two. In both setups, power flows from the battery to the head via 100-watt capable USB-C cables. Two different cable lengths come in each Reflex kit, and a much longer one is available as well. The lamp head houses the controls and a small, quiet thermostatcontrolled cooling fan. The head itself is small enough to fit into the palm of your hand.

On the Reflex head, there are both inner and outer mounts for light modifiers as well as a built-in umbrella holder. There are also options to attach larger modifiers: Chimera Lighting makes a special speed ring for the Reflex for rectangular and octagonal soft boxes, and Light and Motion makes stand adapters for both Godox- and Profoto-mount reflectors and soft boxes. The inner mount is for the full line of Light and Motion’s StellaPro modifiers, including 12-, 25-, and 50-degree spot lenses, a frosted dome, and a barndoor and filter-holder set that fits the spot optic. 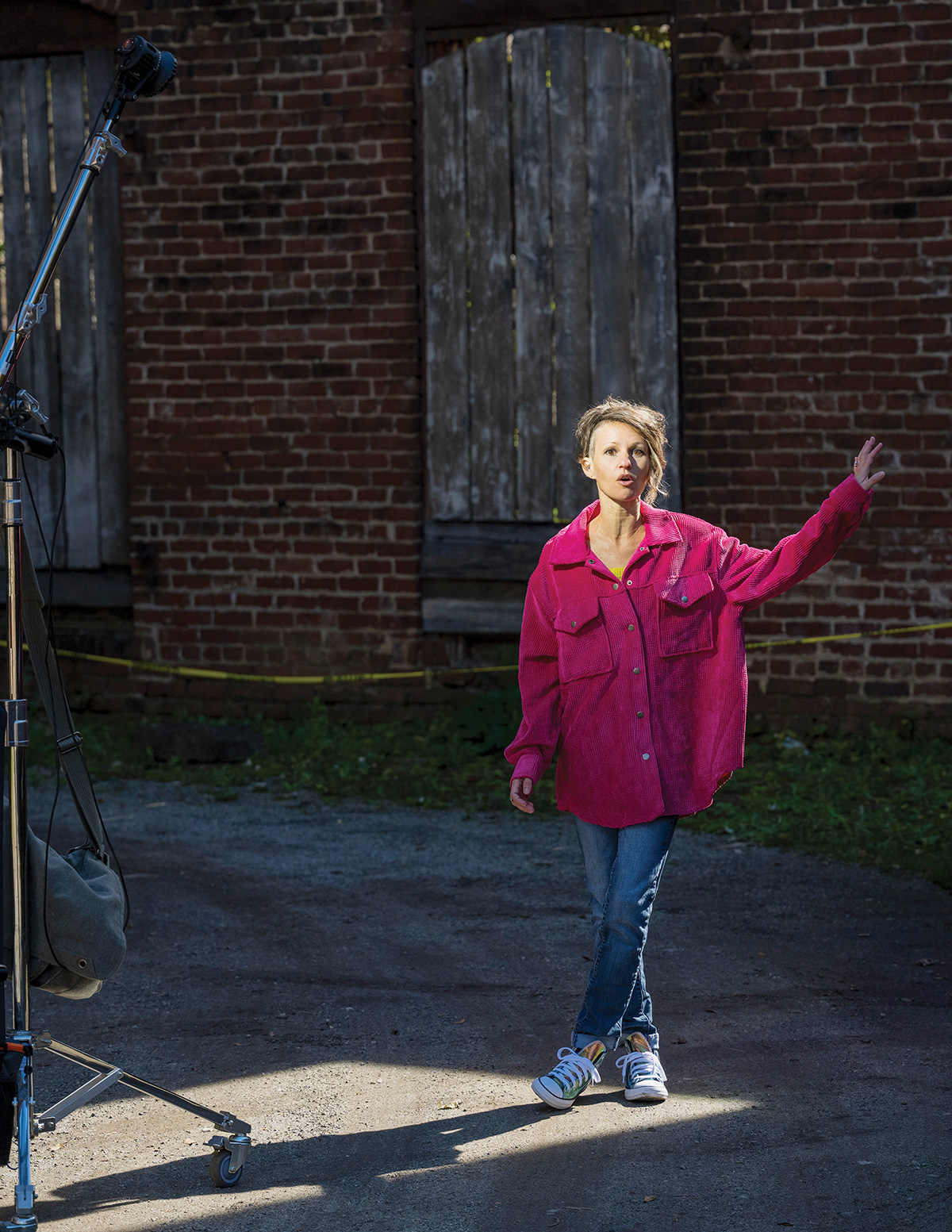 The second part is a combination battery pack and handle. Separating the power source from the lamp head opens up user-friendly options. Although the total weight of a Reflex light and power source is less than 1.8 pounds, separating the two parts keeps most of the weight off the business end of a boom, making for greater safety on sets and less fatigue for your assistant. The capacity of the Reflex battery is 30 minutes run time at full brightness (6,000 lumens) in continuous mode, or up to 15,000 full-power burst cycles. Bringing a Reflex battery from dead to full charge takes two hours via USB-C and a 100-watt capable charger.

You can power the head from alternative sources when you need greater capacity for longer runtimes or just more light. For example, with the OmniCharge Omni 20+ AC/DC/USB-C power bank, which was recommended to me by technicians at Light and Motion, the maximum light a Reflex will produce increases in continuous mode from 6,000 to 9,000 lumens and in burst mode from 12,000 to 18,000 lumens. A more robust power supply can be used to get longer run times. 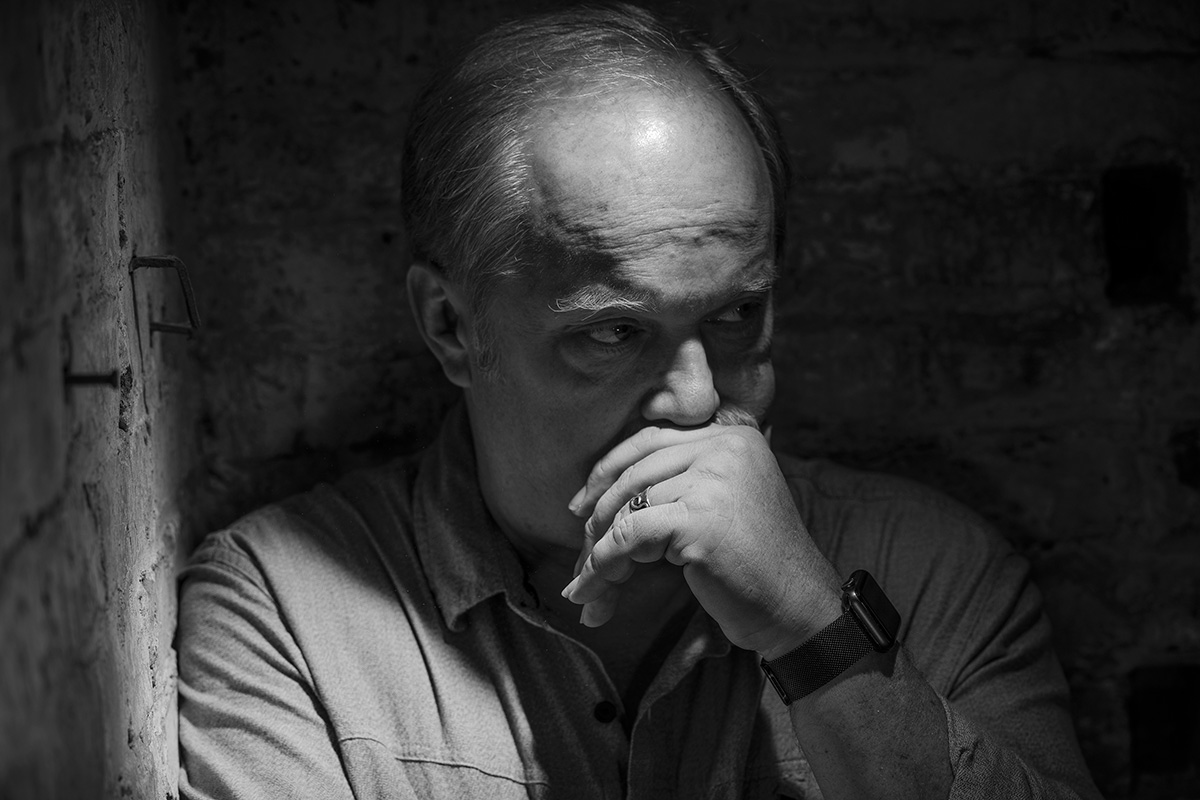 ©Ellis Vener
This portrait of actor and director Michael Cole is lit with two StellaPro Reflex S lights in standard mode. The key light used the 12-degree spot and was mounted on a C-stand arm, and the second one was aimed into the white sides of a V-flat. The image w

Configuring a Reflex or Reflex S with the optional 12-degree spot lens and a 100-watt power supply, the maximum brightness in burst mode increases to 43,000 lux at 1 meter. When shooting outdoors, that’s enough light to produce fill light even in direct sun, or dramatic key light with the sun behind the subject. Furthermore, unlike HSS (high-speed sync) electronic flash, where output progressively drops the further you go beyond a camera’s standard X-sync speed, a Reflex can continue at maximum output at shutter speeds in burst mode up to 1/8,000 second. While the Reflex is not a TTL-controlled light, working in burst mode requires either an Elinchrom Skyport or Godox trigger in the camera’s hot shoe, with output adjusted by changing the burst duration.

The build quality of the Reflex system is impressive. The enclosures of both the lamp head and battery are molded from rugged polycarbonate. For outdoor use, electronics need to be sealed against the elements. The Reflex system is rated IP65 on the Ingress Protection rating scale, a measurement developed by the Illuminating Engineering Society. The first number indicates the level of protection against dust intrusion on a scale from 0 to 6. The second number indicates how well an enclosure protects its contents against sprayed water on a scale from 0 to 9. The system’s IP65 rating means that both the lamp head and battery pack are well sealed against blowing dust and resistant to all but water sprayed by powerful jets. Keep in mind that water-resistant is not the same as waterproof. 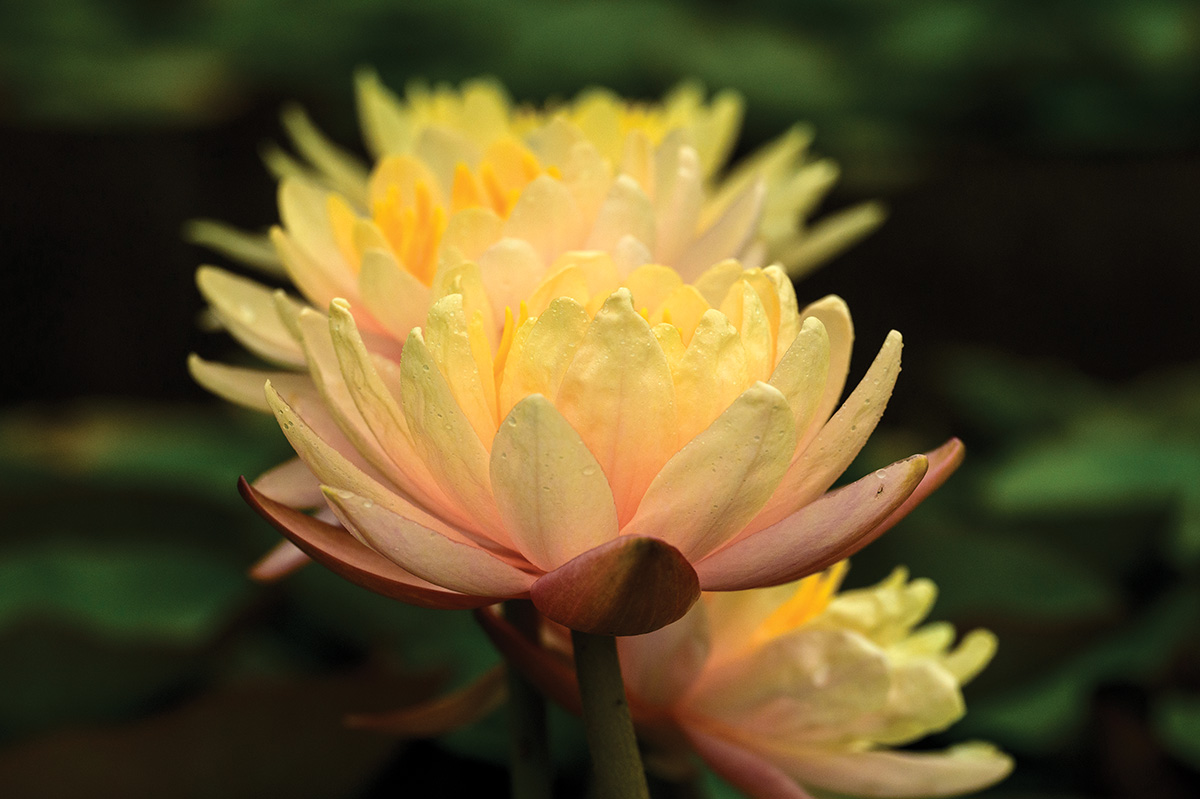 ©Ellis Vener
This American Lotus was photographed in an outdoor pond at the Atlanta Botanical Garden. The lighting is a combination of ambient daylight on a day with high thin clouds and a StellaPro Reflex S fitted with the 25-degree spot directly across the pond from

The more I work with the StellaPro Reflex S lights, the more the future of professional photography seems clear. The Reflex comes to the market at a time when technology and client requirements are intersecting.

In just a few years the evolution of camera sensor technology has gone from standard CMOS sensor designs to BSI (back-side illuminated) CMOS arrays, and now cameras with stacked BSI CMOS arrays are being introduced. With each iteration of camera sensors, the signal-to-noise ratios and usable dynamic ranges are increasing at higher ISO settings. For example, even at ISO 3200, the 50.1-megapixel Sony Alpha 1 produces raw images that rival what I saw from BSI CMOS-equipped cameras of comparable resolution only two years ago. I expect that will be true of the Nikon Z 9 and Canon EOS R3 as well.

More of my commercial clients want photographers who produce high-quality video footage as well as stills. I suspect that expectation will progress to other types of professional photography. Hybrid lighting solutions that work seamlessly for both motion and still photography, like the StellaPro Reflex, will streamline how we work. 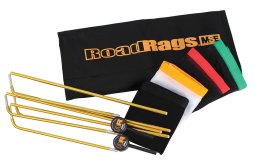 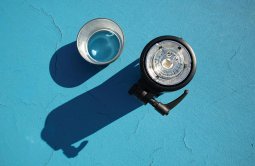 Review: The Elinchrom Five monolight is a well-thought-out workhorse. 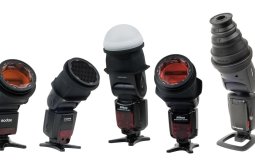 Rogue Round Flash Magnetic Modifiers provide an array of easy-to-deploy tools for your flash.