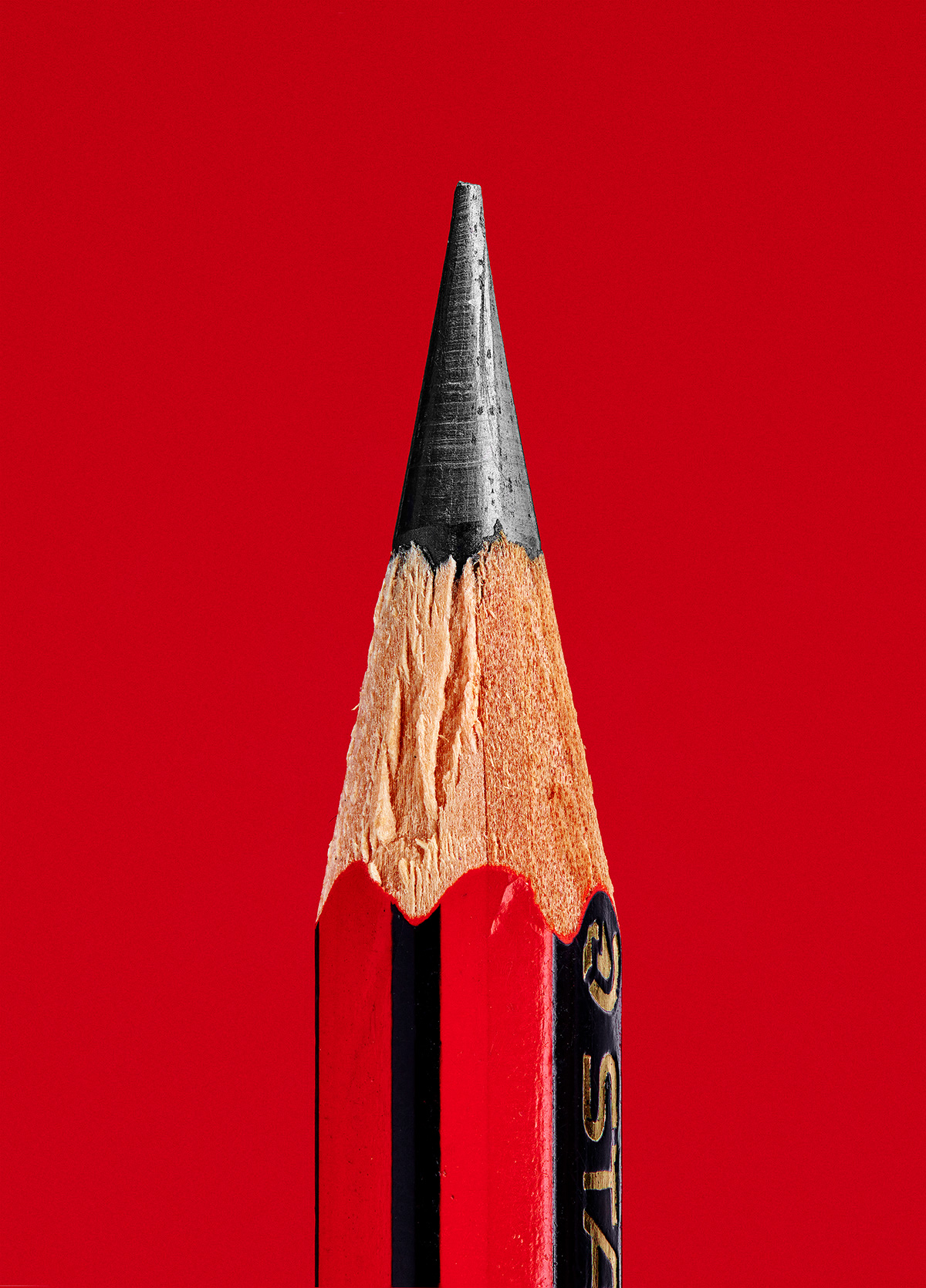 A photo series starring the pencil

Alex Hammond and Mike Tinney’s photo book “The Secret Life of the Pencil,” is a series of images featuring tools used by prominent illustrators, writers, designers, and architects. 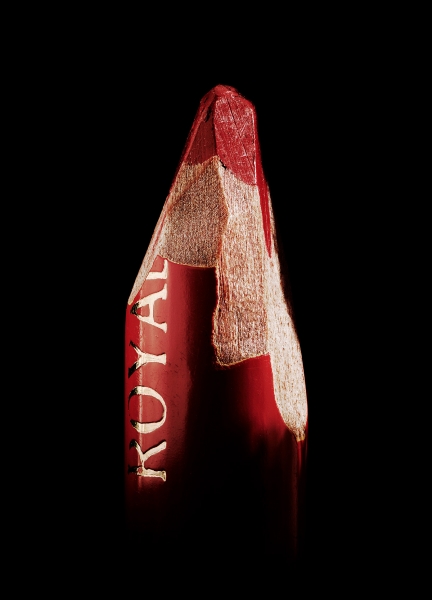 Some may say the pencil is a dying tool, but it's vibrant and alive in Alex Hammond and Mike Tinney’s photo book “The Secret Life of the Pencil,” a series of images featuring pencils used by prominent illustrators, writers, designers, and architects. Here’s what we learned about making these works.

What are the challenges of making close-up, detailed photos of such small objects?

Tinney: The most painstaking part of the project was the post-production on each shot. The distance from lens to subject meant that only a minute focal plane was captured with each frame. The final images incorporate a range of three (wider) to as many as 117 (really close up) frames, which were manually stacked together for depth of field. There is software—Photoshop, Helicon—that does this for you, but we found neither were fully up to the task yet. So it was a case of taking manually stitched files and then seeing if the results were any better when automated (generally not, but it was worth trying as sometimes there were elements that could be used). 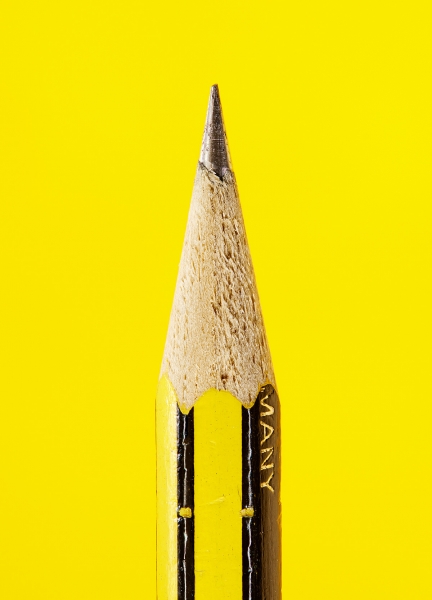 What were your secret weapons for this project?

Tinney: Big output files, extension tubes, a macro lens, and small adaptable lights. We tested the project on a 100-megapixel medium-format Mamiya Leaf system, but we soon moved on to a 35mm Nikon setup when I discovered the existence of its remote-triggered SB-200 macro flashes. It was so liberating not having to move around a big set. Sometimes smaller is just better, and this project is all about small.

You manage to make a small, simple object appear vibrant and compelling, over and over. How did you do it?

Tinney: If a client had come to me and said, We’d like you to shoot 100 individual pencils and give each one a personality, I probably would have laughed the idea off. But slowly—over five years—pencils arrived in the mail. Each one from an acclaimed creative, each one with a different use, different history, and a different personality handed down by its user. Every package was a gift to be interpreted. Where in the work was the pencil used? Under what circumstances? Which part of the pencil gives away the best hint of character? Why has the contributor decided on this one? These pencil images can be viewed as portraits. That to me is very compelling. 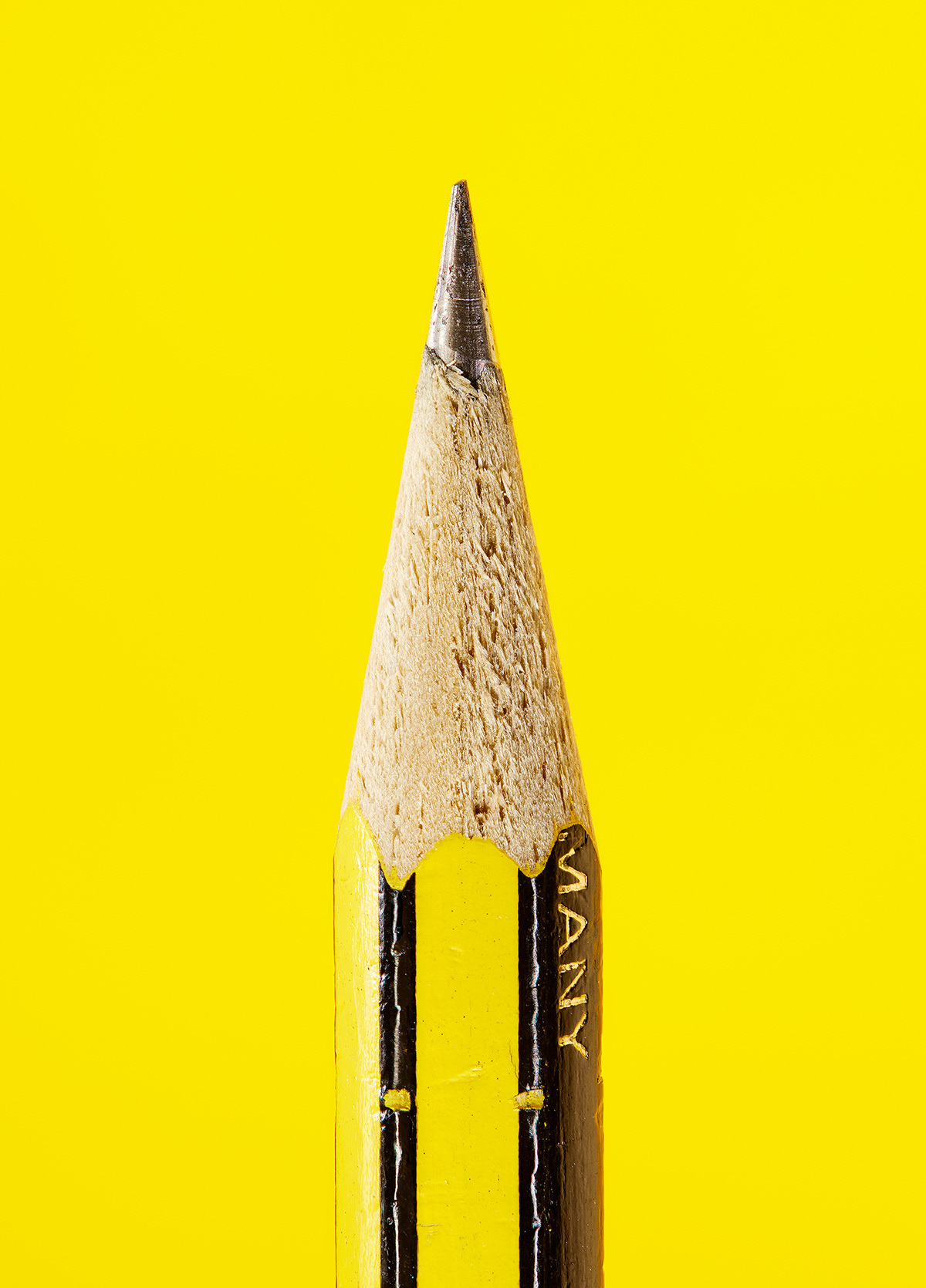