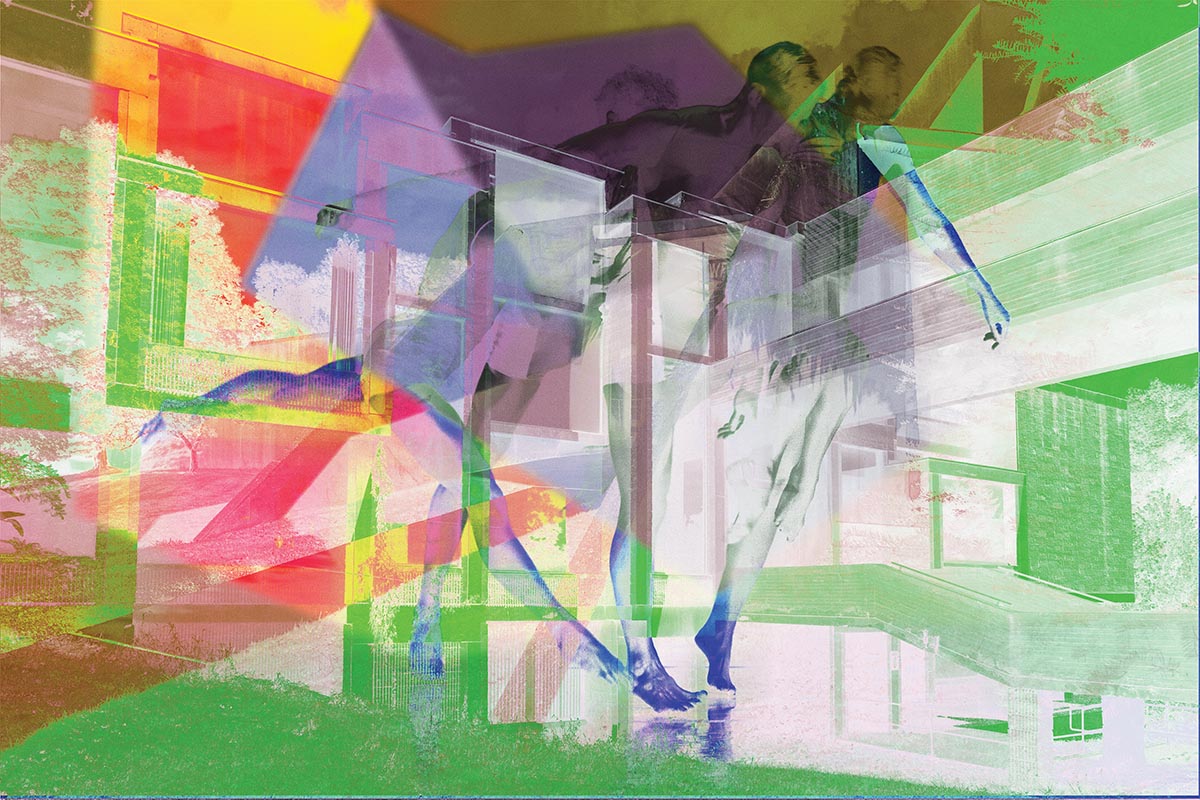 Three layered photos make up this colorful and mysterious image (full size below) in James Welling’s “Choreograph” series. The series was inspired by Welling’s love of dance, which he pursued during college; each image is a combination of one black-and-white dance image and two black-and-white architectural or landscape images, each of which is run through color channels in Adobe Photoshop and manipulated with layers.

Welling first tried layering several images of dancers, but the overlapped bodies canceled each other out. However, paired with architectural and landscape photos, “The dancers appeared to be dancing in a new setting,” he says. Once he realized architectural images were a good fit, Welling began making photographs of buildings on a regular basis to add to his archive for creating composites.

“One of the exciting things about this process is that each [work] turned out differently,” he says. “It wasn’t as if I knew exactly what I was doing, and there was a lot of experimentation and unexpected results, which was very enjoyable to be able to get happy accidents.” 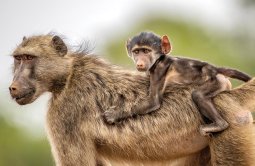 Kevin Dooley on how to stoke the imagination