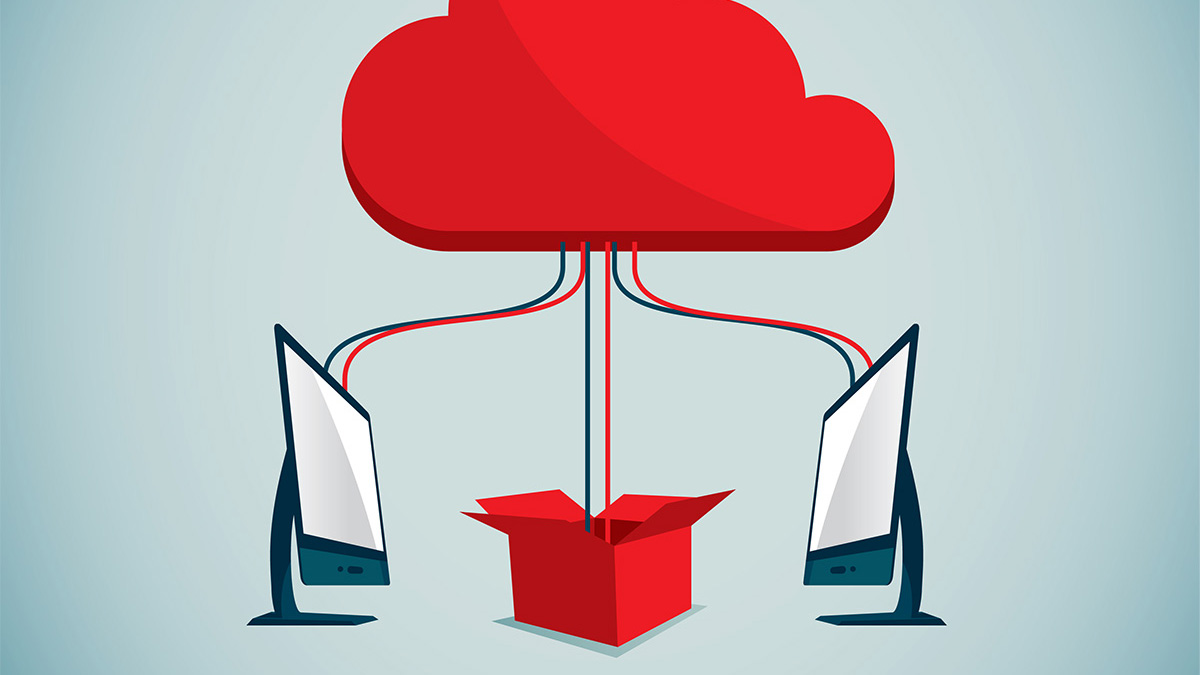 Don't lose your files: A fool-proof backup strategy for photographers

Photographs, edited images, schedules, orders, receivables, and on and on: When you’re a professional photographer, your business is dependent on your computer and the data it stores. When that computer experiences a catastrophic failure, what’s your recovery strategy? Do you have a business continuation plan? 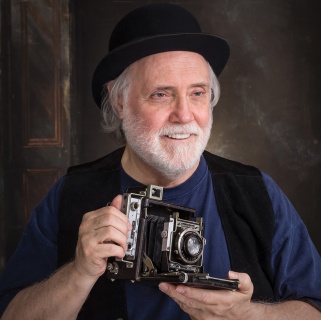 Electronics and mechanical devices fail. While some electronic parts of your computer are quick and painless to replace (modem, router, keyboard), your storage drives are another story because that’s where your business data resides. When one of these fails, the amount of information you’ll lose depends on your backup and recovery strategy.

There are two kinds of data on your computer: system data and user data. System data includes the system and support files that make up a computer’s operating system as well as system applications and preferences. User-installed applications (scheduling systems, Adobe products, etc.) are included here because they’re necessary for your work, and their data changes relatively infrequently.

User data is the information created by a computer’s applications that you use as business data: images, spreadsheets, preferences, etc. This data can be relatively stable or quite volatile. Accounting spreadsheets or databases could change daily, hourly, or even every few minutes. Client images rarely change after final edits are applied, but getting to that point could take several revisions. Client images are usually kept in a folder that identifies the photo session, and that session likely resides in another folder that specifies a time period such as month or quarter, and that folder probably resides in another folder indicating a year. So while an individual image doesn’t change that often, one or more of the enclosing folders could change frequently. This level of volatility dictates a different backup strategy than that of relatively stable system data.

There’s also business data that rarely changes, such as an image archive. At some point, images are done being edited or retouched, and they’re committed to an archive. Archives require a different backup strategy.

Think of backup strategies as having two dimensions: volatility (how often the data changes) and volume (the amount of data that’s new or changed). Consider the kinds of data you have:

These all vary by volatility and volume. For example, your low-volatility needs could significantly differ in storage requirements between system data and an image archive. System data space requirements can usually be satisfied with a bootable storage device of the same capacity as your computer’s system drive (or, in the case of Time Machine-type backups, double the capacity).

Your image archive requirements may always be growing. If you keep every image you’ve ever created, you’ll need to add storage continually. On the other hand, if you archive only the past X number of years’ worth of images, the frequency of adding storage will grow at a slower pace. However your archive is stored, nothing is permanent; your archives need a backup.

Hard drives fail, even if you leave them turned off the majority of their lifetime. WORM (write once read many) devices and media such as CDs and DVDs can deteriorate faster than the platters inside hard drives. USB and flash drives are also impermanent.

Is there anything permanent? Only your backup workflow. 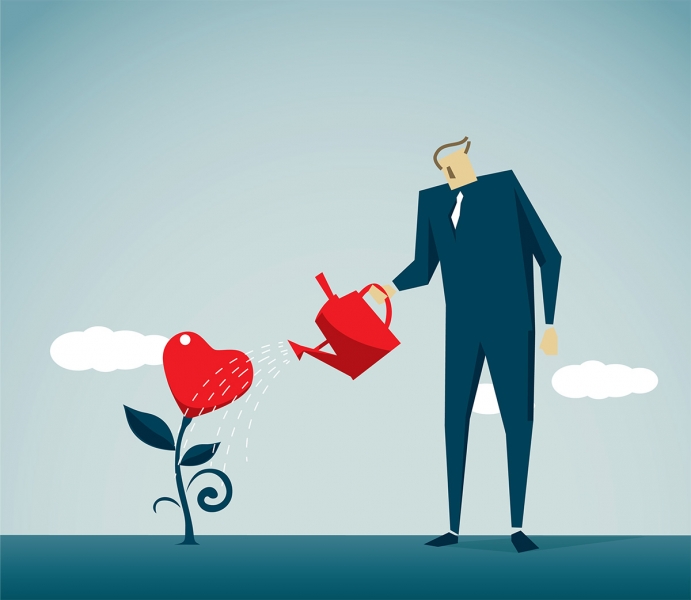 The first step to recovery planning is setting up your computer system and the way you manage data and backups. Of primary importance is keeping system data separate from business data. That involves having at least two different (physical) hard drives for your computer. This doesn’t mean two volumes on the same physical drive because if the physical drive dies, all volumes will be lost.

Don’t mix system data with business data on the same drive backed up by some automated action because there’s no clear separation of the data if it’s all on the same device. If that single drive fails, recovery may not be possible.

Let’s say your system drive becomes unusable. If you’ve mixed system and business data on the same device, you may be out of commission for a while and your options may be limited. The best case is to extract your hard drive and send it to a reputable data recovery service (DriveSavers comes to mind since it’s a PPA partner and offers a discount to members). If this isn’t possible, as in the case of all-in-one models, you’ll have to take your computer in for service and keep your fingers crossed that your data is recoverable. Due to license restrictions, many, if not all, recovery services can’t recover OS data and therefore can’t return to you a fully workable system. If you’re lucky, they will recover your business data to an external drive that’s delivered to you before they reformat and reinstall your system data. You might get back a system that works, but your business data may be gone. This alone should convince you to use a consistent backup strategy.

If you’ve kept your data types separate and your system drive becomes unusable, it’s possible you can mount your bootable backup drive, in which case you’re back in business very quickly. You’ll still have to have your system or drive serviced at some point (sooner rather than later), but at least you’re able to continue working and can choose when to get service. This scenario addresses only hard drive failure; remember, computers fail for many reasons. For instance, if your computer’s motherboard fails, you may need to have only that replaced.

If your business data drive becomes unusable, simply unplug that drive and plug in your latest business data backup. But remember that if you back up only once a month, then everything you’ve done for up to four weeks could be lost. And if you use your backup system or data drives, they become your main drives and you have no backup. That is, unless you follow the 3-2-1 backup plan.

The best procedure to follow is the 3-2-1 model: Have three copies of your data on at least two different media with at least one copy offsite. One copy is your original data. Make a second copy on another physical device. Put a third copy on yet another device. Keep one of those backup copies in a different location (the home of a relative or neighbor if you have a home-based studio, or in your own home if you have a retail studio). Some photographers have reciprocal agreements with other photographers. A safe deposit box is my least favorite location because if your system fails after banking hours, you might not get access for a while.

Consider cloud storage for the off-site copy, but do your research to find one that meets your needs for both backup and recovery. My observations are that Backblaze and Crashplan have good reputations for meeting the majority of a photography studio’s needs. Dropbox is great for in-progress work backup and sharing, but it’s more of a mirror technology than a viable backup and recovery solution.

Your daily workflow should conclude with a backup routine. You should also back up before you make any significant change to your system (such as updates and upgrades) as well as any time you’ve done more work than you want to repeat.

Mac: Time Machine is an option to back up files, but Time Machine doesn’t distinguish between system and user data. It’s great for recovering one or two files or recovering your entire machine, but learn how it works and decide if it meets your requirements. Use Time Machine as your in-progress backup in addition to your overall backup plan.

Carbon Copy Cloner and SuperDuper are popular drive backup apps. Both can create a clone of your system boot-up drive. When you need it, plug it in, hold down the Option key when booting, and you’ll be prompted through the process. Test this procedure before you need to rely on it.

Windows: Depending on the version of Windows you use, you may have built-in software apps to create backups such as Backup and Restore, and File History. There are many third-party applications that can do this, too. Whatever you choose, you might need to create an emergency boot-up device on a USB or CD to get the process started. One third-party software package that makes backup and restore on Windows easier is EaseUS (which offers a free version). Some restore scenarios require that you enter the BIOS control panel and set the boot device, so learn about this before you need it.

RAID devices are great, especially at what they can do. Some configurations can even tolerate up to two drive failures and keep working. But RAIDs, too, are subject to failure. When the RAID fails at a level greater than it’s designed to recover, where is that data recovered? That’s why the 3-2-1 strategy works.

A few years ago a photographer friend’s studio stored all images on a 12 TB NAS RAID device (multiple hard drives). One day, the data couldn’t be accessed. Was it a hardware failure (the RAID device), a simple hard drive failure, or a network issue? Would several years’ of work be lost? Turns out it was a combination of failures and its configuration: It could tolerate only a single drive failure. When the second drive failed, it was toast. It didn’t have or wasn’t configured in such a way to send a warning when there was a drive failure, and no one noticed the trouble light on the front panel. The images were eventually recovered at a cost of about $14,000.

Backup is not a set-it-and-forget-it process. Keep your system data and business data separate and make the 3-2-1 backup strategy part of your everyday workflow.