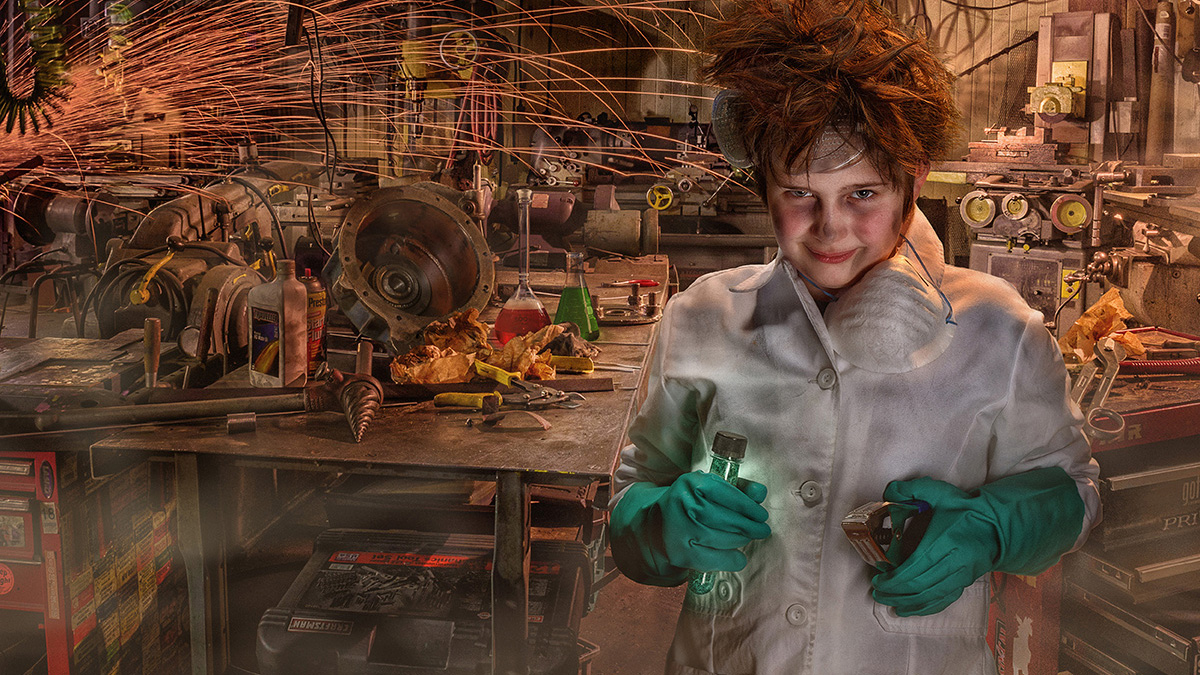 Equipment: Nikon D750, Nikon SB910 Speedlight for the backlight, and a Photogenic Powerlight 1250 with a beauty dish for the front light

Feick’s notes: “Avery had been a mad scientist for Halloween the year before. He played the part so well that we wanted to create a special portrait for him. The goal was to portray Avery’s lab after it had just exploded. We photographed him on a green screen in the studio, then photographed his dad’s shop. The added sparks really gave it a cool feeling. In post-production, I put the two images together then added the beakers on the table and added a glow to the vial in his hand. I also added the fog. We had to pay special attention to where the light was coming from and the color of the light on him to match the background. The camera height and angle also contributed to making it all come together.

“This image is special because it shows a collaboration between my son, his father, and me, and it showcases Avery’s fun personality. He's got a print of it in his room, and his dad has one at his house.”

Eric Minton is a writer in Washington, D.C. 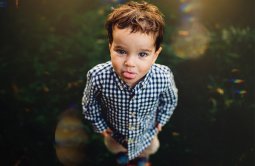 Kids get to be kids while Tracy Sweeney captures their giggles. 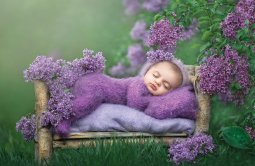 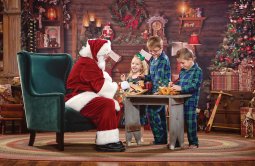