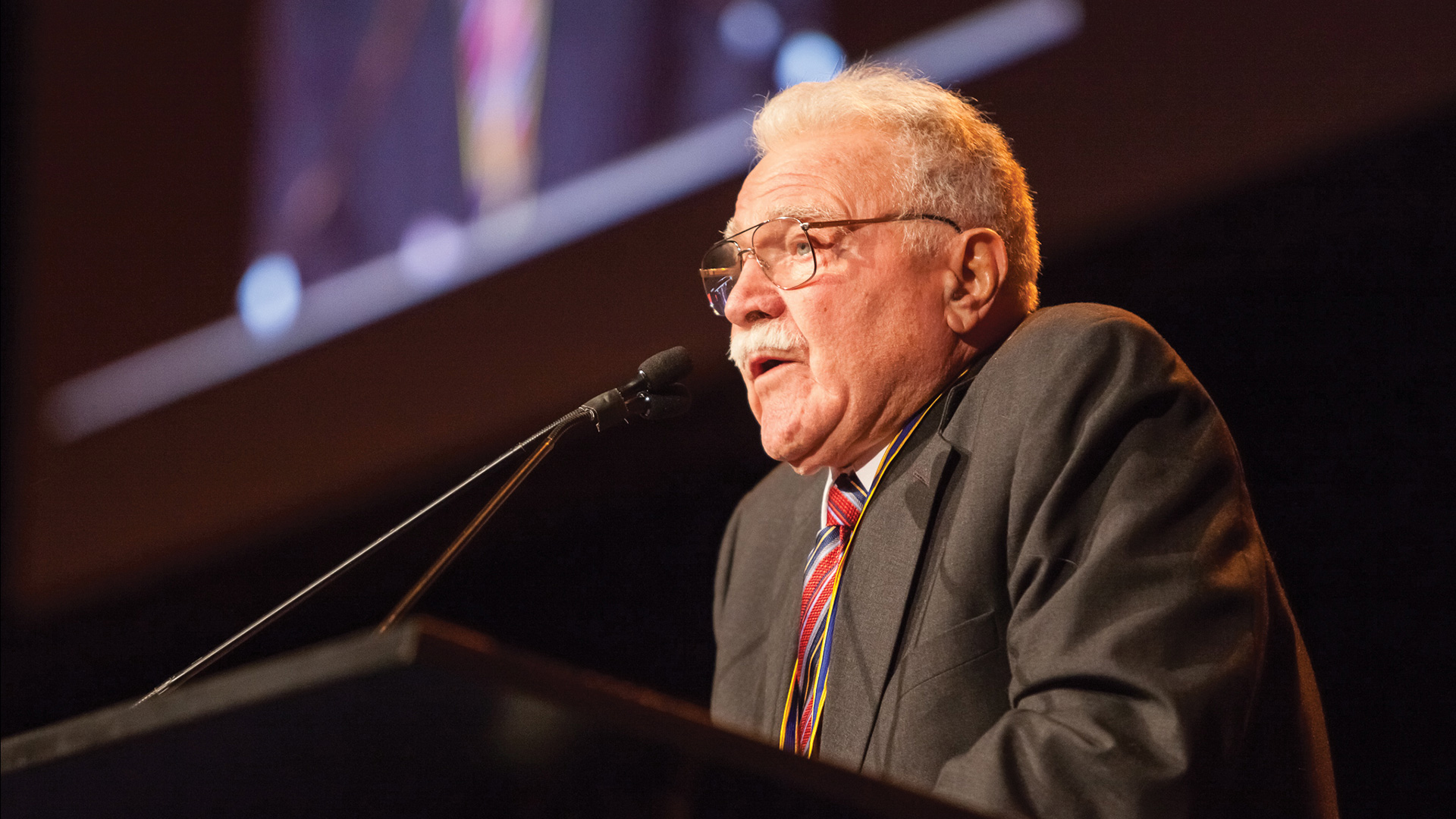 A lifetime of good

Kenneth Whitmire is honored by Professional Photographers of America

Kenneth L. Whitmire, M.Photog.Cr., F-ASP, was awarded PPA’s Lifetime Achievement Award during the Award and Degree ceremony at Imaging USA 2016. Whitmire is the 14th photographer to receive this honor.

“Since 1949, when I attended the Naval School of Photography, most of my time has been spent trying to better the ‘prestige factor’ of photography,” says Whitmire, who runs a diversified photography business specializing in wall-size portraiture and décor in Yakima, Washington. “We as photographers didn’t always have quite the same perception as other professionals in other industries.” Whitmire has dedicated his life to bolstering the perception of professional photography and elevating the craft. The Lifetime Achievement Award validated that hard work. “When I saw that sculpture, it’s absolutely amazing. I thought, This is serious stuff.”

Whitmire has judged and presented programs at the national, regional, and state level as well as in Canada, Australia, New Zealand, China, Great Britain, and the Philippines. He’s traveled to and photographed more than 22 countries in all corners of the globe. In 1987 he assisted with the leadership of the first recorded professional photographer’s cultural exchange tour of China, representing the International Committee of the Professional Photographers of America. The PPA Lifetime Achievement Award was presented to Whitmire by PPA’s 2015 President, Michael Timmons, M.Photog.Hon.M.Photog.M.Artist.Cr., CPP, F-ASP.

“It was an honor to award Ken Whitmire the PPA Lifetime Achievement Award,” says Timmons. “Ken has had a profound impact on the profession and has had a major influence in the lives of many professional photographers. Through his wall portrait conferences, Ken has shown many photographers the benefits of increasing their bottom lines with larger prints for clients. Ken continues to create images that go far beyond ordinary and instead speak from the heart.”

How does Whitmire feel about the award? “Extremely appreciated” and “in awe,” he says. “It’s amazing that an association of 29,000 photographers, that they and their elected representatives chose me for this award. It represents the pinnacle of my career.”