As far back as she can remember, Monica Stevenson has loved horses. Horseback riding was always part of her life, even though it often required a great deal of logistical effort when she was growing up.

It didn’t get any easier even after Stevenson became a successful New York commercial photographer and bought her own horse. She’d take the long train ride from Manhattan to Long Island just to visit it, and squeeze in riding time at night or in the off hours between shoots.

By the time she was in her mid 30s, Stevenson acknowledged that she wanted horses to be a bigger part of her life. She even contemplated giving up her career to return to school and become a veterinarian.

Then her father asked the question that would change her career trajectory and her life: “If you love horses so much, why don’t you take pictures of them?” 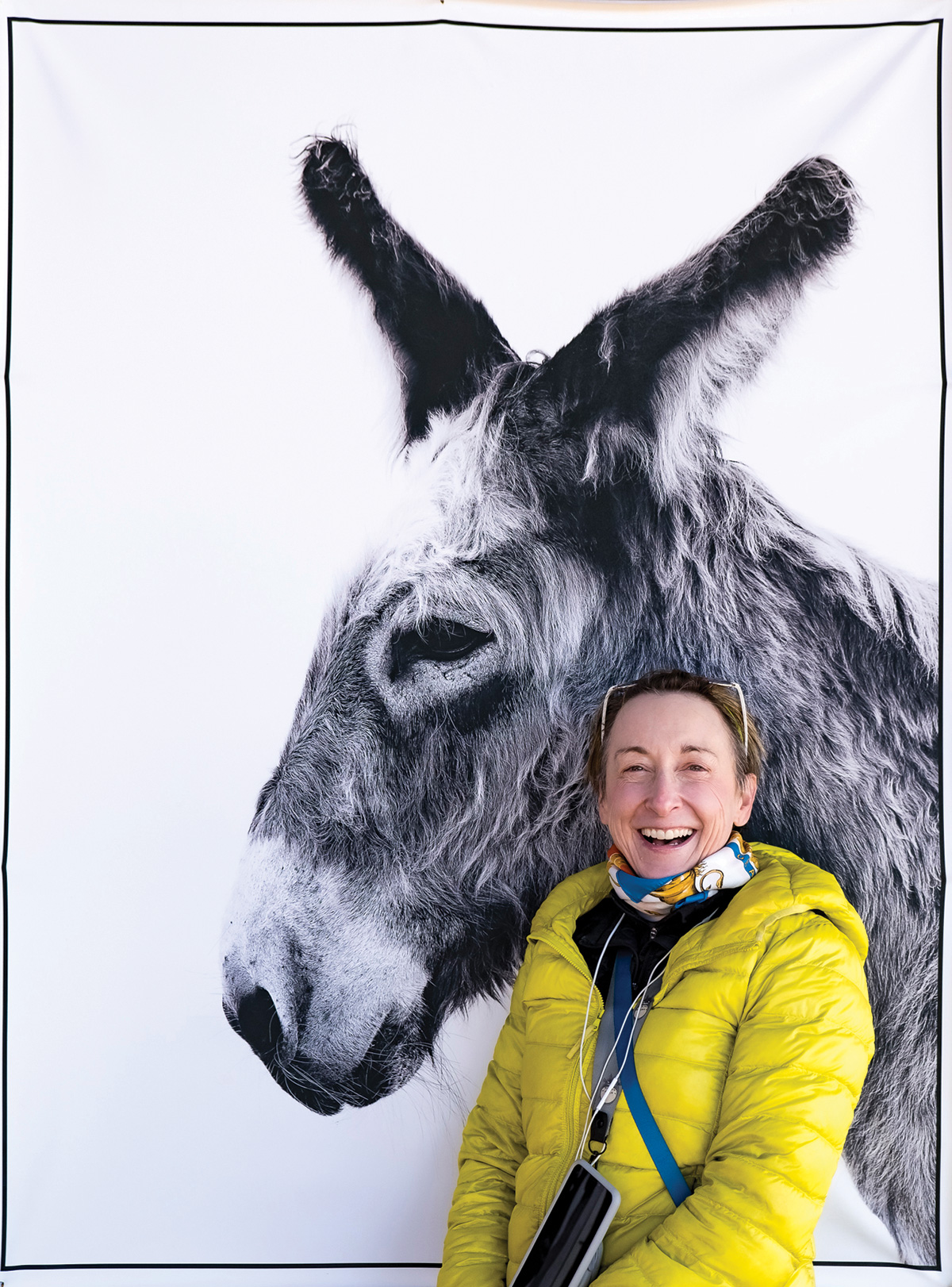 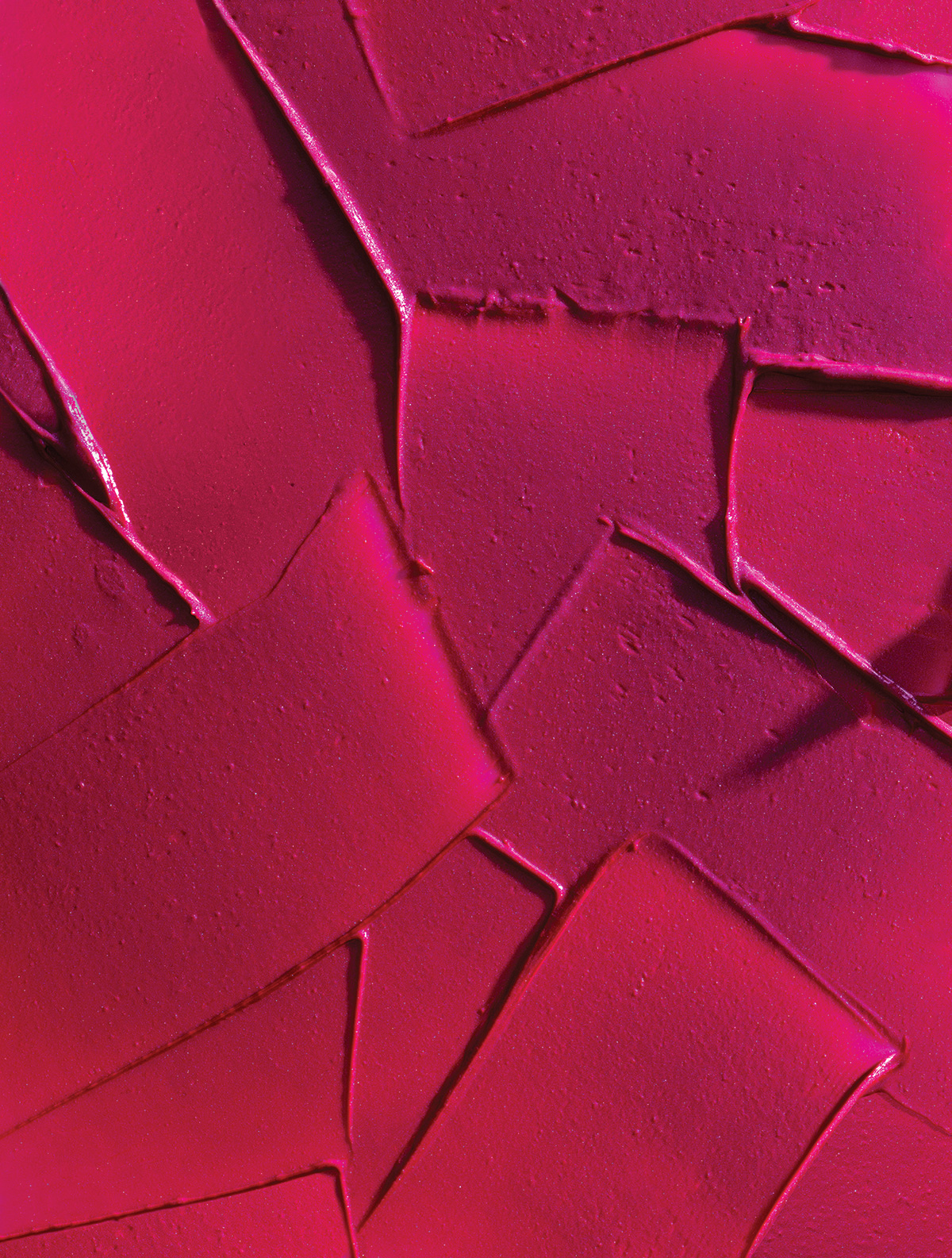 Stevenson began carrying an old Diana camera during her trips to Long Island. Artistically, the horse photography was a million miles away from the meticulously crafted commercial shoots she was doing during the week. That work was complex, careful, technical—creativity catered to the specific needs of clients with specific agendas. On weekends, however, she followed her heart, capturing soft, romantic images of scenes that spoke to her in the moment.

Eventually, Stevenson began to develop a market for fine art equine images. She built the new business line alongside her commercial work but not necessarily in conjunction with it.

“In many ways, it’s like having two careers,” she says. “It’s a tremendous amount of work, and I’m always busy, but I’ve always done lots of different things and that’s very natural for me.” 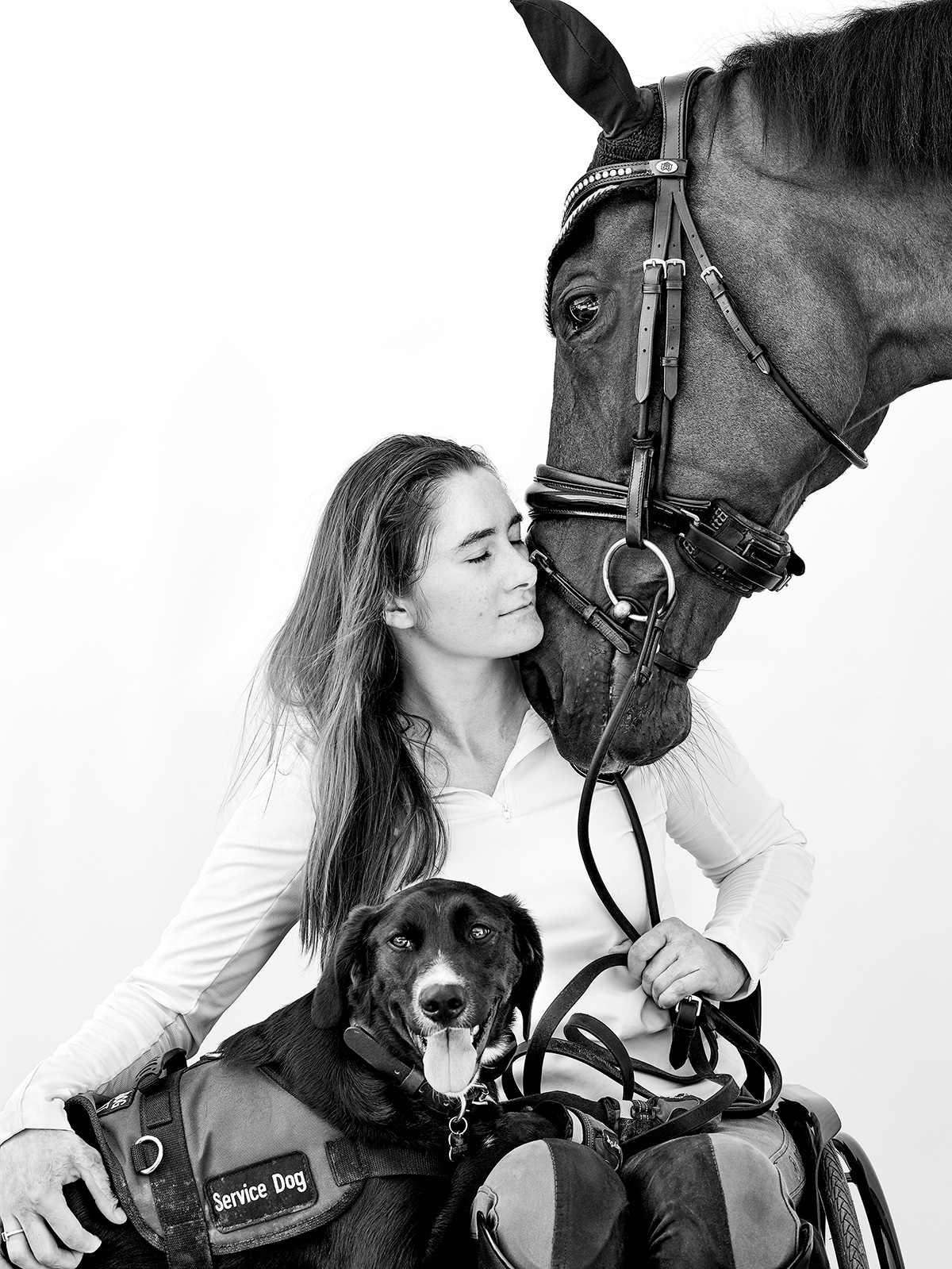 Business development for the horse photography was less natural. In many ways, being a commercial photographer is a more straightforward equation. You have a product to sell and there’s an established market for it. Everywhere you look there are advertising images. So once you’ve connected with the people who need those images, the basics of the business are relatively simple.

“Horse photography is less defined,” says Stevenson. “There are a lot of Venn diagrams involved in being a horse photographer. Most of my customers are going to be horse people, but not all horse people are art collectors. So you’re looking for this small overlapping group of people who love horses and who want to purchase artistic horse photography.”

Stevenson started selling her equine photography at art fairs with limited success, and then transitioned to big horse shows. She advertised in horse magazines and garnered press for her work. Notability started to come as she continued to tune her approach and her target market. “I discovered that, unlike painting, in photography most people won’t buy a picture of an animal unless it’s their animal,” says Stevenson. “So I thought to myself, How do I make my horse photography more accessible?”

Stevenson created a series of black-and-white portraits. She went to a big equestrian center nearby, built a set, set up a Phase One large-format camera, and convinced people to come sit for portraits. That project helped connect Stevenson to the people who would be interested in her equine images while simultaneously triggering some of the elements that she normally glossed over in her work. “It really pushed me to connect with my subjects more deeply, concentrating on the eyes and the character,” she says. “It was more deep and thought-provoking than the more pastoral work of photographing a horse.” But the images also made the horse work more accessible and opened up a larger market of related work for Stevenson.

Stevenson's pitch to prospective clients evolved to promoting herself as a high-end, New York photographer at rural North Carolina rates. This angle became particularly appealing during the coronavirus pandemic.

Pursuing horse photography while maintaining a busy commercial career has been a challenge. However, the ultimate balancing act for Stevenson has been less metaphorical than physical. After years of enduring the slog out to Long Island to keep her passion for horses alive, Stevenson moved her home base to Tryon, North Carolina, a small equestrian haven in the western part of the state. The move put her closer to the horse culture she loves so much but farther from the fast-paced advertising world that had sustained her photography career for years.

Moving to North Carolina forced Stevenson to change the way she ran her business. She still traveled to New York for projects, but she lost access to many of the jobs she’d done in the past. Without regular personal contact with her network and immediate access to an enormous pool of creative talent, she feared she’d become less relevant in the fast-paced New York commercial scene.

At the same time, she could now operate within living and professional expenses that were a fraction of what she paid in New York. Her pitch to prospective clients evolved to promoting herself as a high-end, New York photographer at rural North Carolina rates. This angle became particularly appealing during the coronavirus pandemic when traditional New York commercial shoots with a crowded room of stakeholders became logistically impossible. 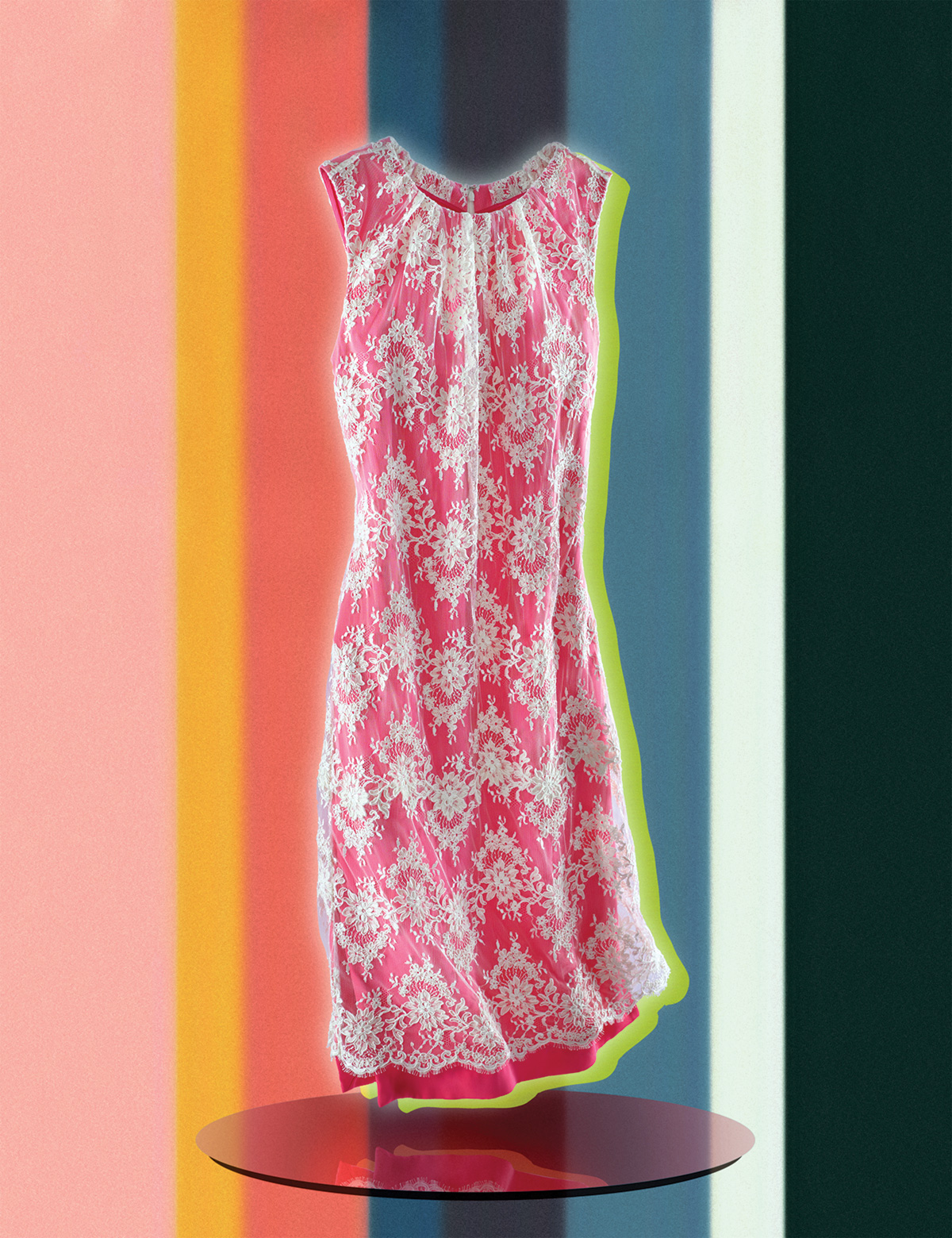 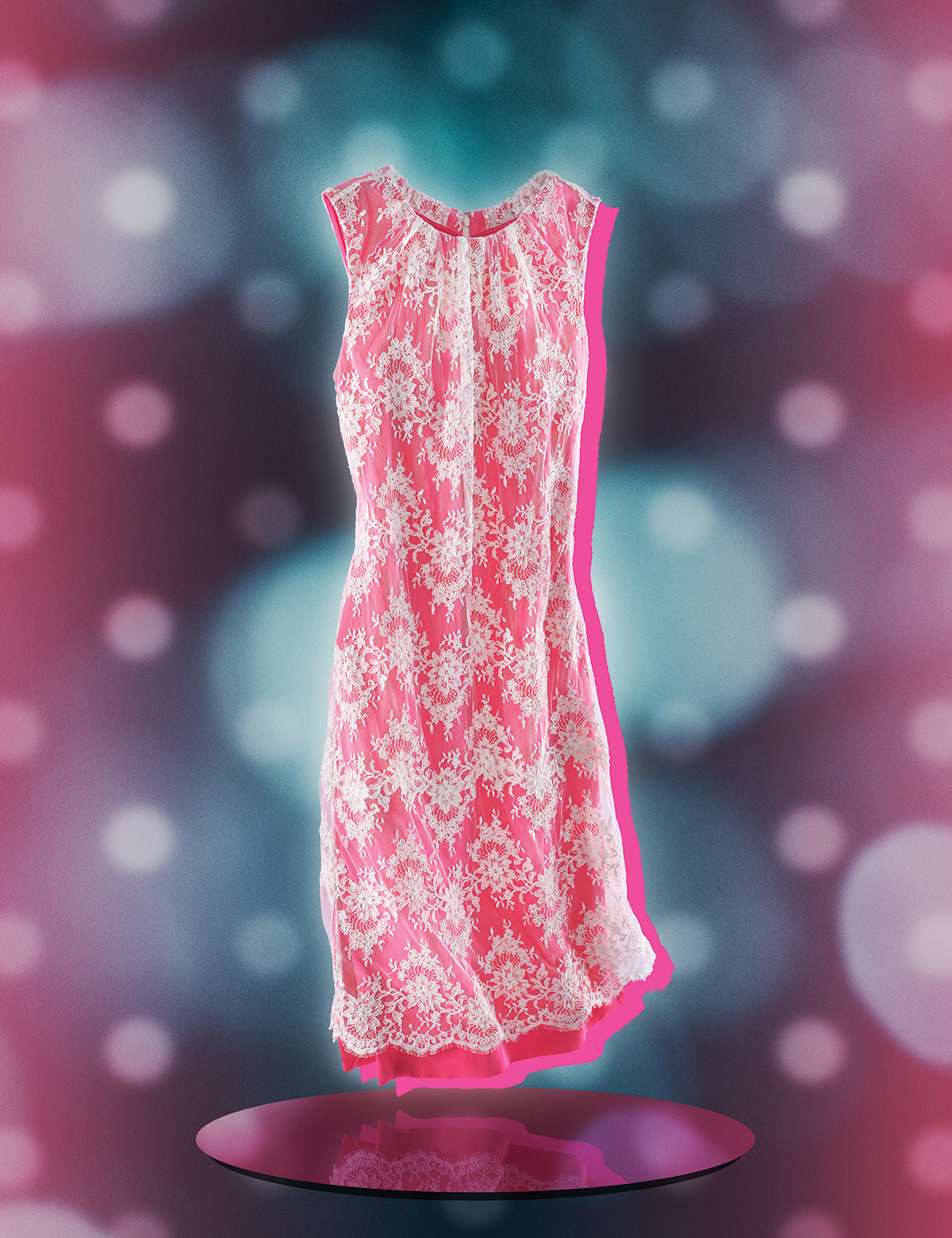 “When the pandemic hit and no one wanted to be in a New York studio anyway, my agent and I put together this piece about how I could do these sophisticated commercial shoots in a safe environment,” recalls Stevenson. “You could send the products down, we could collaborate remotely, and I’d shoot it. We’re naturally socially distanced here anyway, so it made a lot of sense.”

Stevenson now has a roster of new clients that she’s never met in person. She collaborates with them via Zoom, often staying on Zoom for discussions throughout an entire shoot. And she’s established herself as the go-to New York commercial photographer who’s nowhere near New York.

The ability to adapt has kept Stevenson’s career viable through multiple shifts and branches—from commercial to equine, from New York to North Carolina—and it’s a skill that she feels all photographers need to increasingly embrace as the world finds its way through market uncertainty.

“Every now and then, you come across an obstacle that feels really impossible to surmount, but we’re all creative, and that should give us the drive to find a way,” she says. “Being an independent photographer, there is always this sense of chaos. But there is freedom because you can do anything you want. There’s no one telling you what to do, no corporate structure. That’s real power. That’s the power to determine your own future. You can refuse to be put down by what’s happening. You can use your creativity to make yourselves and your clients happy. And in that person you become, you discover something new. Your pictures will look like they never have before. That’s the process of discovery, and that’s what we all thrive on.”