It’s not about the horse

Photographer Mark Brandes has found a niche among clients who have a passion for horses.

“Hey, get this: On Friday, I drove to FedEx at the L.A. airport and picked up a horse,” Steve told me. 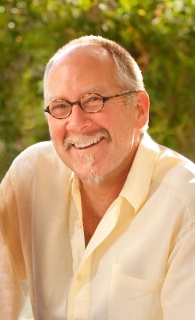 I was having breakfast with a friend who’d recently gone through a divorce. In the settlement, he ended up with a Dodge pickup truck and a horse trailer. So logically, he started a horse transportation business.

“Dude, who ships a horse by FedEx?” I asked.

“People with a boatload of money. This horse cost $1.2 million, and on Saturday, I delivered it to a 16-year-old-girl in San Jose.” Steve said with a chuckle.

“What’s she going to do with a horse that makes it worth that kind of money?” I asked.

“She’s a competitive jumper, and I think she’s shooting for the Olympics.”

The coffee hadn’t even hit me yet, and already an idea was bubbling up in my little marketing brain. There’s a girl out there with a $1.2 million dollar horse, and she could sure use a portrait of the two of them together. Maybe there are more horse owners out there like her.

And so it began. A casual breakfast five years ago launched me into a great niche market that has, as they say, legs. The result has been the creation of more than 400 equestrian portraits over the past five years. That’s in addition to my regular family portrait clientele. The equestrian market has proven to be quite profitable, with an average sale of more than $1,500 per sitting.

Don’t turn up your nose and stop reading because the horse market doesn’t appeal you. The concept can be applied to other niches where there’s a substantial pocket of discretionary income. Think boats, planes and exotic cars, which could be approached with the same kind of strategy. 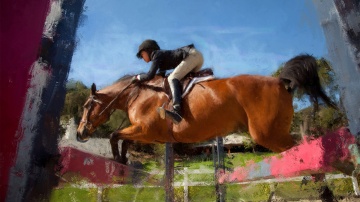 There are over 2.7 million show horses in the United States. Not many of them are valued at a million dollars or more, but trust me, owning any kind of horse is expensive and requires disposable income. Obviously, the same is true of enthusiast boats and cars. Are you following me here? There are a bunch of untapped markets out there.

For a number of years, our studio has partnered with many charities in our community. We’ve found it to be advantageous for the charities as well as for the goodwill of our studio. Our work gets displayed in front of our target market, and we’ve built a reputation for helping local charities in their fundraising. Little did I know that my new concept would be the largest fundraising opportunity we’ve ever undertaken.

One of the charities we supported locally was Ride On, a therapeutic horsemanship center near my studio in Southern California. The center uses horseback riding as a tool to help children who have a variety of disabilities. Riding improves their strength, balance, and cognitive processes. I’ve heard stories of children speaking for the first time after completing a riding session at the barn.

The same day I had breakfast with Steve, I made an appointment with Sara, the development director at Ride On, to brainstorm some ideas I had to market to the equestrians and to give the center a financial donation as well. It didn’t take long for us to come up with the concept of creating a coffee table book. We agreed that our studio would donate a portion of the portrait sales to the charity to help in their therapeutic riding program. Eventually, Ride On received more than $15,000, and I imagine that bought more than just a bit of alfalfa for those hardworking horses. 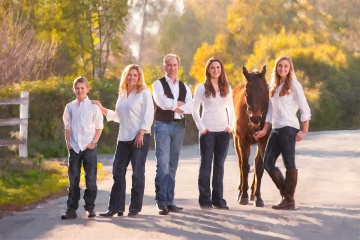 I had never seen myself as a publisher of books, but in today’s marketplace with on-demand digital printing, it made sense. Why not use the draw of a coffee table book that displays my clients’ portraits and also benefits a great cause at the same time? The concept would appeal to the pride of horse owners and competitors and would have the advantage of being a representative collection of my portraiture. With each book carrying a hundred or more portraits of riders, the income to the studio can be substantial.

All the portraits we publish in the coffee table books are painting sketches my studio creates of each rider. Although some people (including my wife, April), suggest that we include both paintings and photographic portraits, I’ve held out for paintings only. Here’s why I think this is important: These riders are always at horse shows, and show photographers typically offer 8x10-inch photographic prints for about $35. Needless to say, my portraits will cost a whole lot more than that. By featuring painted portraits, I’m taking a significant step away from work that could be considered competitive to mine. Instead, I’ve positioned myself and my work as something unique and much more special. And there’s this: Not only are the painted portraits beautiful, but they’re the most high-profit product I offer.

Getting horse trainers on board with the initial concept was a hurdle because they couldn’t visualize the end product. Now that I have three books completed, it’s easier to get buy-in from new trainers because they can see a finished book. Since the portraits in the book aren’t photographic, the books themselves stand out as valuable. 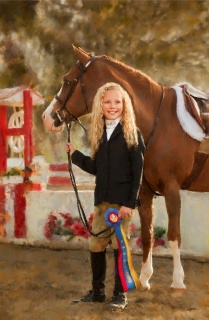 You may not want to get into doing painted portraits, and if that’s the case, I’d like to challenge your thinking. If you could do a pre-painting sketch for a client that could return an additional $200 to $1,000 in your sale, would you be willing to reconsider? Is your time worth so much that you’re willing to turn your back on that potential?

Of course, our studio sells photographic portraits in addition to painted portraits. We also sell triptychs—three watercolor prints matted and framed together—which are a great way to show several images in one art piece. Albums have also become very popular in this marketplace because many riders want to capture every nuance of their horse’s expressions.

This is a marketing concept that really does have merit, and it can be applied to a number of different niche markets.