Animal photographer teams up with illustrator for humorous series

It was love at first ’gram. When New York-based commercial photographer Shaina Fishman discovered France-based illustrator Walter Glassof’s work on Instagram, she was hooked. “I love illustration. If I had a talent that I don’t have, it would be drawing,” she says. “Right away I just loved his work.”

Shaina had been hoping to one day team up with an illustrator, so she reached out to Glassof to see if he’d be interested in collaboration. “I never thought he would email me back,” she says. This was the first time she’d contacted another artist on Instagram. And not only did he reply, he sent back a few of her Instagram images with doodles added.

The partnership was on. Shaina went through her pet photographs, all made on a white background, looking for works that might be enhanced with an illustration. She sent those to Glassof, who then worked his magic.

Though the series started as a whimsical personal project, it’s morphed into something more substantial: The duo already has an offer to turn the art into a calendar. Though they’ve never met or even spoken over the phone—they communicate by email—their artwork has plenty to joke about. “We just connect, I think. Visually we just have the same aesthetic, and we admire each other’s work,” says Fishman. 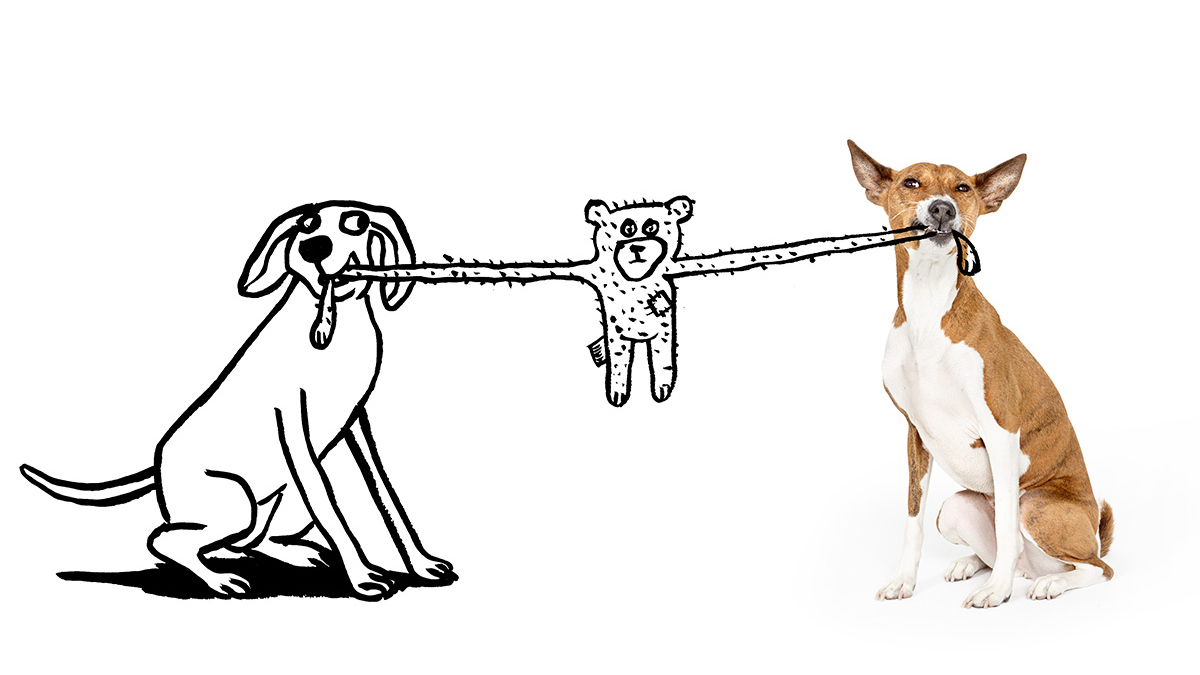