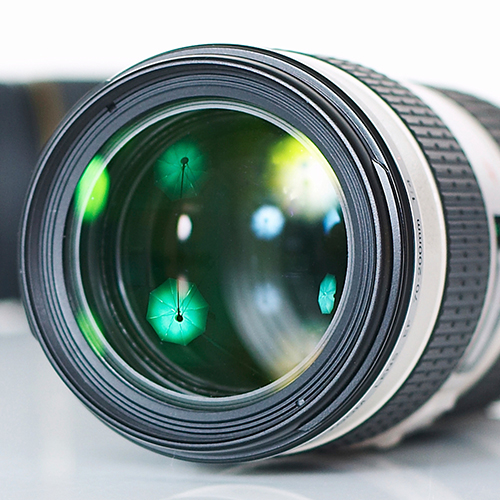 During the period of Communist China, media served the purpose of distributing propaganda for the government and to make citizens more subservient. It wasn’t until the 1990’s that China passed its “Open Up and Reform” policy and lifted many of the bans that surrounded its media. Due to the sudden and swift change in China’s media, many photographers are dedicated to telling its developing story.

Photojournalism has just gotten its start in China, but if you’re Chinese and interested in entering this career, you must jump through the hurdles of censorship, stagnating income, and disruption of technology. All of these factors have greatly affected photojournalism as a business in China and has caused many journalists to drop out of the field to seek work elsewhere.

And although Chinese photojournalism just got on its feet in the 90’s, it’s beginning to die out due to the rise of the internet. As internet popularity goes up, newspapers are either closing their doors or surrendering their paper news and switching over to posting videos on their news websites. Because of the competitive environment of the internet, some journalists are more focused on what topics will drive audiences onto their websites rather than if the topic they’re reporting follows their journalistic values. A photo editor named Yang Shenlai believes this instant mode of publishing stories won’t push photographers to pursue in-depth, time-consuming stories.

Along with the field dying, China has done little to help the field flourish. Education for photojournalism is sparse since schools often see it as a tool for journalists rather than a field of its own. Once people graduate, there is very little out there for them in terms of training and mentorship to help them enter the field of photojournalism. Workshops and panels are difficult to find, and conversations about controversial issues are very taboo to the general public, so many journalists only feel comfortable discussing their work online with other journalists.

Caixin Weekly is the last newspaper that reserves at least six pages for a photo story in each of its issues. Unfortunately, most newspaper companies have begun to downsize their story editors as a result of technology and algorithms that do editors’ work for them. Photojournalists have adapted to this struggle for work by creating their own captions for their photos and producing edited videos for the companies’ website. Many have also begun to experiment with drones and 360-degree cameras to advance their photography.

Yang Shenlai got his start as an intern and was able to develop that small start into a lifelong career. He’s worried that as photo departments all over China start to dissolve, aspiring journalists will be left with no one to teach them the basics and ethics involved in photojournalism. “Now no one’s teaching them the aesthetics of photojournalism as well as the social values photojournalists need to express through it.” Due to this, most Chinese photojournalists lack storytelling skills, and when they enter contests like the World Press Photo Contest (China’s “Photo Olympics”), they don’t follow the ethical rules.

Journalists have been known to stage photos by paying subjects or pandering to the preferences of the judges. Chang He, a former photojournalist and photo director who twice judged the World Press Photo Contest, claims, “This group is using photography for fame, not to drive the industry forward…. [Photojournalists] just walked out of the shadow of being a propaganda tool, but market-oriented tabloids quickly collapsed, so a lot of our photographers’ visual literacy and standard for themselves are not high.”

Along with that, racism and sexism are heavily advanced in the Chinese journalistic world. Photos objectifying women are common, and in October 2017, a museum photo exhibit titled “This is Africa” juxtaposed images of African people with monkeys. Despite the obvious racist connotations, the exhibit was only pulled after it sparked intense outrage online (for understandable reasons). The industry as a whole contains little ethics, little conversation about plagiarism, and no discussions about boundaries with photo subjects.

If devoted Chinese journalists want to escape China’s dying industry for another country’s flourishing journalism industry, it can be nearly impossible. Most can’t afford to branch out into international outlets due to the high price of studying abroad and the added cost of getting past language barriers. If you aren’t rich or if you don’t know the right people, it’s difficult to be a journalist outside of China. This small international exposure has greatly stunted the industry’s growth.

Despite the lack of jobs in photojournalism, some companies have sensed an opportunity to profit so commercial workshops have been popping up for amateur photographers to attend. Chang He said, “Most people who go to these workshops just want to improve their own aesthetics; they are not really going into this profession.”

While the current state of photojournalism in China may seem depressing, amateur photography and art photography are booming. Art fairs and photo expos are beginning to pop up all over China due to the support of the international art world, and local governments have been sponsoring festivals to attract tourists. Due to the success of the art industry, many journalists have left their industry to explore fine-art and receive more income. Even though Chinese photojournalism appears to be on the decline, changes can be made to revive an interest in it. Devoted journalists continue to produce quality content every day and keep interest in China’s photojournalism industry.

To dive deeper into the complex world of China’s journalism industry, read the full article on Witness, and don’t forget to join Professional Photographers of America to get the latest photography news and support for your photography business!