The Senate Takes On The Register of Copyrights Selection and Accountability Act! 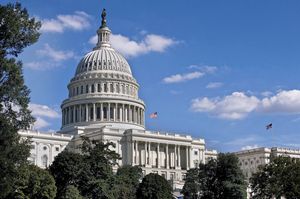 Last week was a pretty crazy one on Capitol Hill (as they mostly are lately) and, lost in the shuffle, was the fact that the companion bill to H.R. 1695, the bill PPA's Grassroots Team lobbied to get through the House, has now been introduced in the Senate!

From the press release issued by Senator Grassley:

"Senate Judiciary Committee Chairman Chuck Grassley (R-Iowa), Ranking Member Dianne Feinstein (D-Calif.), and Senators Patrick Leahy (D-Vermont) and Orrin Hatch (R-Utah) today introduced the Register of Copyrights Selection and Accountability Act, which makes the Register of Copyrights a presidentially-appointed, Senate-confirmed position. This legislation is the Senate companion to H.R. 1695, which passed the House of Representatives last week by an overwhelming vote of 378 to 48.  It is the product of bicameral, bipartisan discussions led by these Senators and House Judiciary Committee Chairman Goodlatte and Ranking Member Conyers.

The Register of Copyrights Selection and Accountability Act makes important changes to the selection process for the head of the U.S. Copyright Office, known as the Register of Copyrights.  Specifically, the legislation requires the Register to be nominated by the President of the United States and subject to confirmation by the U.S. Senate.  It would limit the Register to a ten-year term that is renewable by another presidential nomination and Senate confirmation. The legislation would establish a panel consisting of Members of Congress and the Librarian of Congress to recommend at least three individuals to the President for the position. It would require that the Register be capable of identifying and supervising a Chief Information Officer or similar official responsible for managing information technology systems. Finally, the legislation clarifies that the mandatory deposit requirements for collection at the Library of Congress will remain the same.

Grassley, Feinstein, Leahy and Hatch look forward to working with the Senate Rules Committee on legislation to improve the selection process for the position of Register, and they remain committed to further efforts towards modernization of the Copyright Office.

PPA will keep you updated every step along the way, as the Bill now goes to one of several Senate Committees vying for the chance to spearhead the Senate's changes to the House version of the bill.

Stay tuned and ready to activate by signing up for PPA's Grassroots Action Team at PPA.com/Grassroots!