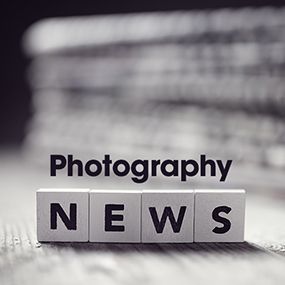 ATLANTA, GA (June 19, 2018) - Professional Photographers of America (PPA) has announced the results of their 2018 Councilor elections. The new Councilors officially take office July 1st. These volunteers act as a voice for members in their state and help set policy by discussing and voting on changes to PPA by-laws, procedures and leadership. They are also vital in helping PPA get important messaging out to its more than 30,000 members.

PPA is truly a member-owned organization. PPA members govern the organization through their representatives in the PPA Council, which consists of:

Elections are held every 3 years (ballots are sent and tabulated electronically) beginning in the spring. All PPA Professional Active, Additional Active, Canadian, Life and Retired members have the right to vote. PPA is a member-supported and a member-driven organization and its members run PPA, in great part, through their elected representatives.

Once elected, PPA council members represent all PPA members in their respective states. A Councilor's duties include attending state and local association meetings, encouraging membership in PPA, and maintaining a constant connection between PPA members and PPA headquarters.

Councilors must attend one annual meeting held at Imaging USA, the photography trade show and convention, and be prepared to handle association business, which may include bylaws and adopted-procedure changes and the election of the PPA Board of Directors and/or its nominating committee.

A complete list of PPA’s newly-elected Councilors and more information can be found at PPA.com.

About PPA:
Professional Photographers of America (PPA) is the largest and longest-standing nonprofit photography trade association with a 150-year history. It currently helps 30,000+ pros elevate their craft and grow their business with resources, protection, and education, all under PPA’s core guiding principle of bridging the gap between photographers and consumers.