PPA Meeting with U.S. Senators on Capitol Hill to Discuss The CASE Act! 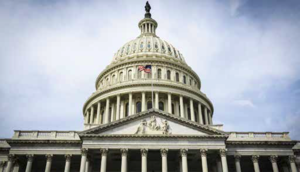 PPA’s Government Advocacy Team is back in Washington D.C. this week, meeting with Senators to discuss their support of the CASE Act! As always, they’ve provided a play-by-play for the events of each day.

Thursday, 6/13
Our first meeting today was with Sen. Mullen’s office, which was kind of an introductory meeting. Next, we discussed strategy with some other offices in the Senate that have already offered support to determine how to get more of them engaged.

The meeting with Sen. Grassley’s office was a little tricky because they were familiar with the bill, which ultimately was a good thing. The best thing about this meeting was that they have received a lot of letters from photographers about this bill!

There seems to be quite a bit of buzz about the bill starting to build and the offices have been impressed with the number of co-sponsors we have so far (34 in the house, 6 in the Senate)!

Wednesday, 6/12
Just met with a staffer from Sen. Crapo’s office. So far we've meetings with Sen. Blumenthal and Sen. Coons’ offices. The Senate isn't as familiar with the CASE Act so it was a more introductory session. We are working as a group with ASMP, the Copyright Alliance, Songwriters Guild, Authors Guild, and the second meeting also included the Recording Academy.

All of our meetings today were of the “introductory” variety since we were meeting with Senate offices for the first time. As you know from staying up-to-date, we’ve been mostly meeting with House Representatives up until this point.

We met with Senate staffers today. As a group, we explained the CASE Act and what it aims to do. The staffers had varying levels of familiarity with the bill -- some didn’t have any information about the bill while others had heard of it prior to our meeting. Everyone seemed responsive to hearing all of the different perspectives from all of our various organizations of artists explaining the ways copyright infringement affects them all.

For example, an author may spend three years writing a book but if that work is infringed upon, the publisher is unlikely to want to give that author an advance on future books. We also talked about how infringement can affect an artist’s reputation. ASMP gave the example of a photographer (Jenna Close) whose work had been taken without her permission and when her client saw it, they were mad at her because they thought she had licensed the image behind their backs.

Don't forget to show your support and take 10 seconds to send an email to YOUR representative at PPA.com/SmallClaims