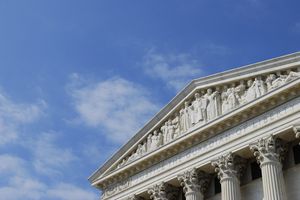 Your PPA Advocacy team will be in Washington D.C. next week to join the Creative Rights Caucus for a "lunch and learn" event to be held on Wednesday, December 7th, 2016 at 12pm.

"The Art of Photography: Behind the Lens" will be a chance for House members to gather and learn about the importance of modernizing and strengthening copyright protection for small business creators. Creative Rights Caucus co-chairs, Representatives Judy Chu and Doug Collins, will present panelists giving their stories of how they established themselves, their current challenges with infringement and the lack of remedy for photographers who are infringed upon, highlighting the need for a small claims process within the current U.S. copyright system.

The panel will be moderated by PPA CEO, David Trust, and will include:

Anne Geddes - renowned photographer known for capturing the purity and innocence of children, Anne became successful in 1992 when she first published a greeting card collection in New Zealand, eventually leading to calendars which would be sold internationally. She specializes in capturing the beauty, purity, and vulnerability of children, while emphasizing that each child must be "protected, nurtured, and loved". She is responsible for the photographs of children dressed up as various flora and fauna that are seen worldwide. Anne has dealt with international copyright infringement on various levels, therefore understanding how important a small claims process is to photographers.

Michael Grecco - internationally renowned celebrity portrait and commercial photographer, Michael is a multiple-award-winning industry leader best known for his iconic celebrity portraits and visionary magazine covers, editorials, and advertising spreads for NBC/Universal, GA, Pfizer, HBO, Kodak, ABC, IBM, Yahoo!, ESPN, and more. His distinguished work is regularly featured in prestigious galleries such as Louis Stern, G.Ray Hawkins, Stephen Cohen and Fahey Klein. Michael understands the impact an image can have on society and believes it is important to give credit where credit is due, which can be insured through a small claims process.

Denis Reggie - hailed by Town & Country as "The Great Wedding Photographer of Our Day", Denis got his start as a student at Tulane University, where he took photographs for the yearbook and local newspaper. From there he made his jump to wedding photography, when he realized how posed and unnatural many wedding photos tended to look. As his popularity grew, he had the opportunity to photograph various Kennedy Family weddings, among other Hollywood stars. Denis understands the hard work and skill it takes to capture the true beauty in a photograph, and believes that all photographers, big and small, should be given their credit. Without receiving his rightful credit, Denis would not be where he is today, and therefore is an avid advocate for small claims.

At the end of the event, the professional panelists will help House members discover how to take the "perfect selfie" It's expected to be a fun, yet informative and important, meeting on the Hill.

To learn more about PPA's efforts to fight for better copyrights, head to PPA.com/Advocacy and don't forget to join PPA.com/Grassroots to add your name to the list of supporters.