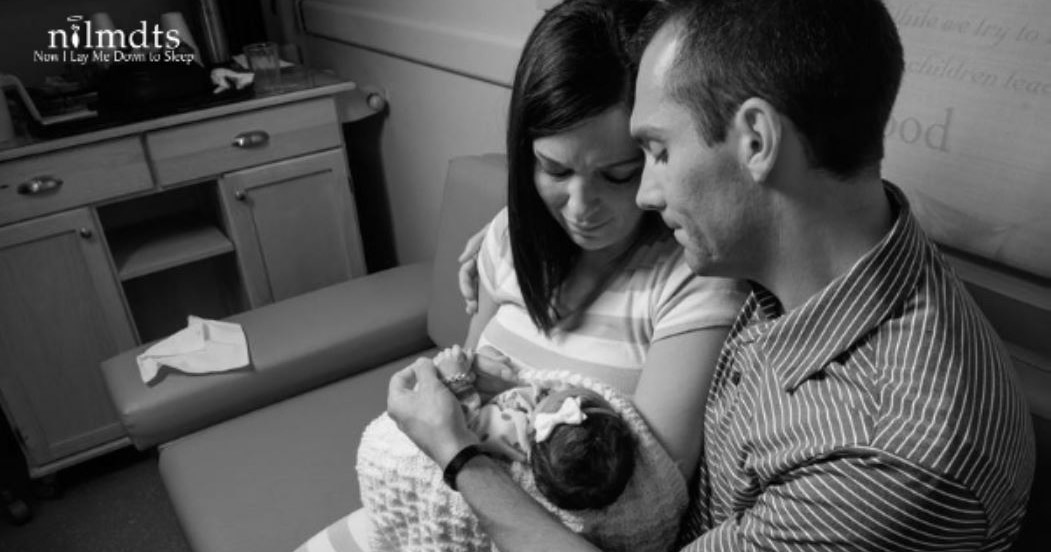 Guest post from Now I Lay Me Down to Sleep.

In 2006 we moved into a new house on a street with lots of young families and kids including Cheryl, a friendly pregnant lady at the end of the street. We spent many days taking our young kids to the park and watching them ride their tricycles up and down the street in the evening. Life was perfect. Towards the end of Cheryl’s pregnancy she discovered, her son Luke had an illness that would not allow him to live. This tragic news rocked our community. Cheryl timidly asked me if I would accompany them to the hospital and take pictures of Luke since I often had a camera in hand and was constantly snapping pictures of the kids. I said I would.

The pictures weren’t great quality by any means but they were the only pictures she had of Luke. Months later Cheryl suggested that I look into volunteering for the organization Now I Lay Me Down To Sleep. After doing some research I excitedly contacted them and applied only to find myself rejected. There were so many “professional photographer” requirements I had never heard of.

My husband and I were working on 10 years of marriage and raising our three daughters. I was a mother to a stepdaughter, a biological daughter, and an adopted daughter. After nine years of “trying” and two miscarriages later, I was expecting. Finally, I was on my way to experiencing pregnancy again and all the dreams of adding another child to our family. I was so happy with anticipation.

At 18 weeks, due to a rare condition called Velamentous Insertion of the umbilical cord, which only 3% of women experience, Reese was born and died. My world imploded. The pain, the grief, the loss that wracked my heart and body were relentless. I had never in my life felt such a degree of loss.

Tiffany, my God-sent nurse, saw my devastation and knew the hospital rules which state a pregnancy is not viable until 24 weeks or further, and NILMDTS would not be called.

Despite her lack of photography knowledge, she knew the importance of providing images for the healing process. She went above and beyond that night and did a mini photo session with the hospital camera.

Those snapshots in a poorly lit room proved to be dynamic in my healing process. My grief was so intense that my whole world was put on hold for an entire year. I could barely parent my other kids. I quit going to church. I quit volunteering at my kid’s school. I quit spending time with friends. I spent many days hiking in the desert along with my thoughts and grief.

After a year I knew I needed to move on with my life. I knew I needed to get a job and continue living. As I was headed into the first business to drop off an application I received a phone call from the Art Institute of Phoenix, telling me about their photography program. With my husband’s coaxing, we went and took a tour of the campus. I knew immediately this was the place I needed to be. The amount of creativity was palpable and I needed creativity to survive and thrive.

A month before graduating I reapplied for NILMDTS and was accepted with flying colors. Every session I’ve taken over the last few years has given me a great sense of satisfaction. I know this work is impacting families for the good.

People often ask, is it hard? How do you deal with the sadness? I know it sounds crazy but I am rarely sad. I spent a whole year wrestling through my own sadness, and the sessions I take, well, that isn’t my sadness to carry. My job is to give a precious gift to parents and share my talents. I know personally that the photographs can help in their healing process.

My proudest moment as a photographer was at a 2018 bereavement ceremony held in honor of lost babies. I was asked to accompany a friend to honor our daughters. To my surprise, both of the evening’s guest speakers were mothers I had the privilege of photographing through NILMDTS. Each mother brought along their “most prized” possession, portraits of their daughters that I had taken. 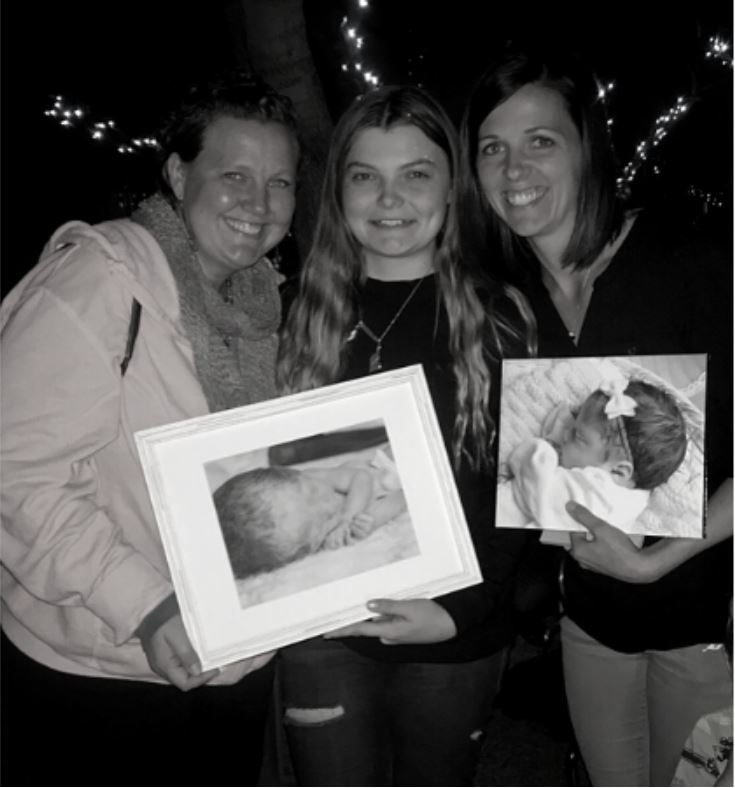 The feeling was indescribable as both of these ladies shared their stories and included me as a huge part of their healing, a stranger who stepped in on their darkest day and gave them a gift they would cherish forever.

Are you ready to find out how you can provide someone their most prized possession?

Now I Lay Me Down to Sleep is a nonprofit organization that provides remembrance photography to families suffering the loss of a baby. Their history began in 2005 when Maddux Achilles Haggard was born. Maddux was born with a condition called myotubular myopathy, which prevented him from breathing, swallowing, or moving on his own. The following six days, his parents Mike and Cheryl Haggard sat by his side with questions that had no answers.

Cheryl tried to create memories of their time together using her own camera. In reviewing the pictures she captured, Cheryl said, “I saw our tear-stained cheeks, our red swollen eyes, our forced smiles, and the fear in our faces as we looked into the camera.”

On the sixth day of Maddux’s young life, his parents made the excruciating decision to remove him from life support. Before they removed life support, Cheryl knew she wanted professional images of Maddux that she could hang on her wall alongside the portraits of her other children.

“Maddux deserved that space on our wall. I could not comfortably hang the pictures I had taken. The color images bring back the reality of that day. I wanted heirloom portraits as a way to remember and honor our son,” said Cheryl.

It was then, Mike called photographer Sandy Puc’ to take black and white portraits of them cradling their son.

Those tender photographs documenting Maddux’s eternal connection with his parents inspired Cheryl Haggard and Sandy Puc’ to create Now I Lay Me Down to Sleep in 2005 as a nonprofit organization. NILMDTS exists to give bereaved families the gift of professional heirloom portraits to bring healing and comfort. 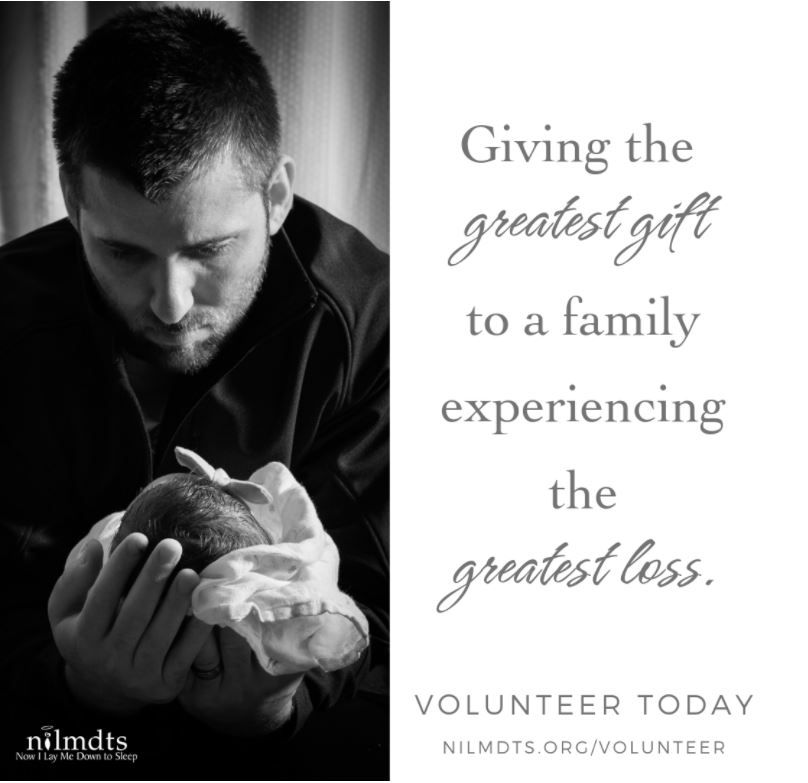