Looking for New Social Media Platforms for Your Photography? 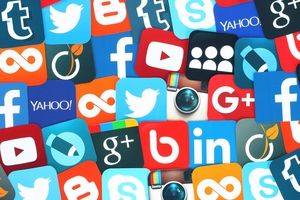 Instagram and Facebook are behemoths within the social media world, but that doesn’t mean everyone with an account is satisfied with the way they run. Facebook has recently been in some political hot water for its data mining scandal, and Instagram has created a new algorithm that has put ads before its users. As a result, posts are no longer in chronological order, and people have seen a significant drop in interaction with their pages.

As a photographer, finding the perfect social media platform to display your work can be a struggle, but don’t lose hope because they’re out there. Two apps, Ello and Vero, have taken the same networking idea as Instagram, but they removed the bugs that annoyed everyday consumers. Both of these apps have a chronological feed, as Instagram once was, and photographer Ben Staley, a user of Ello, says, “It’s nice to not feel like there’s an algorithm to force you to look at certain things.”

However, there is a reason Instagram and similar sites have an embedded algorithm. Finding new content on Vero and Ello can be difficult, and sometimes you scroll past things you aren’t interested in. On the other hand, since there are no ads you won’t be bombarded with companies begging you to buy their products. But the inventors of these apps understand that it’s still important for creators like you to get their business and products out there, so Vero and Ello allow brand pages and you can link other sites on your page.

The most obvious downside of Vero and Ello is that since they’re lesser known, you have to work twice as hard to get work and followers. Despite this, setting up an account will still advance your photography since you can never have too many ways to get your name out there. Make sure to download the apps, and if you want to read more about them, check out the full article at RangeFinder, and join Professional Photographers of America to get tons of support for your photography business!