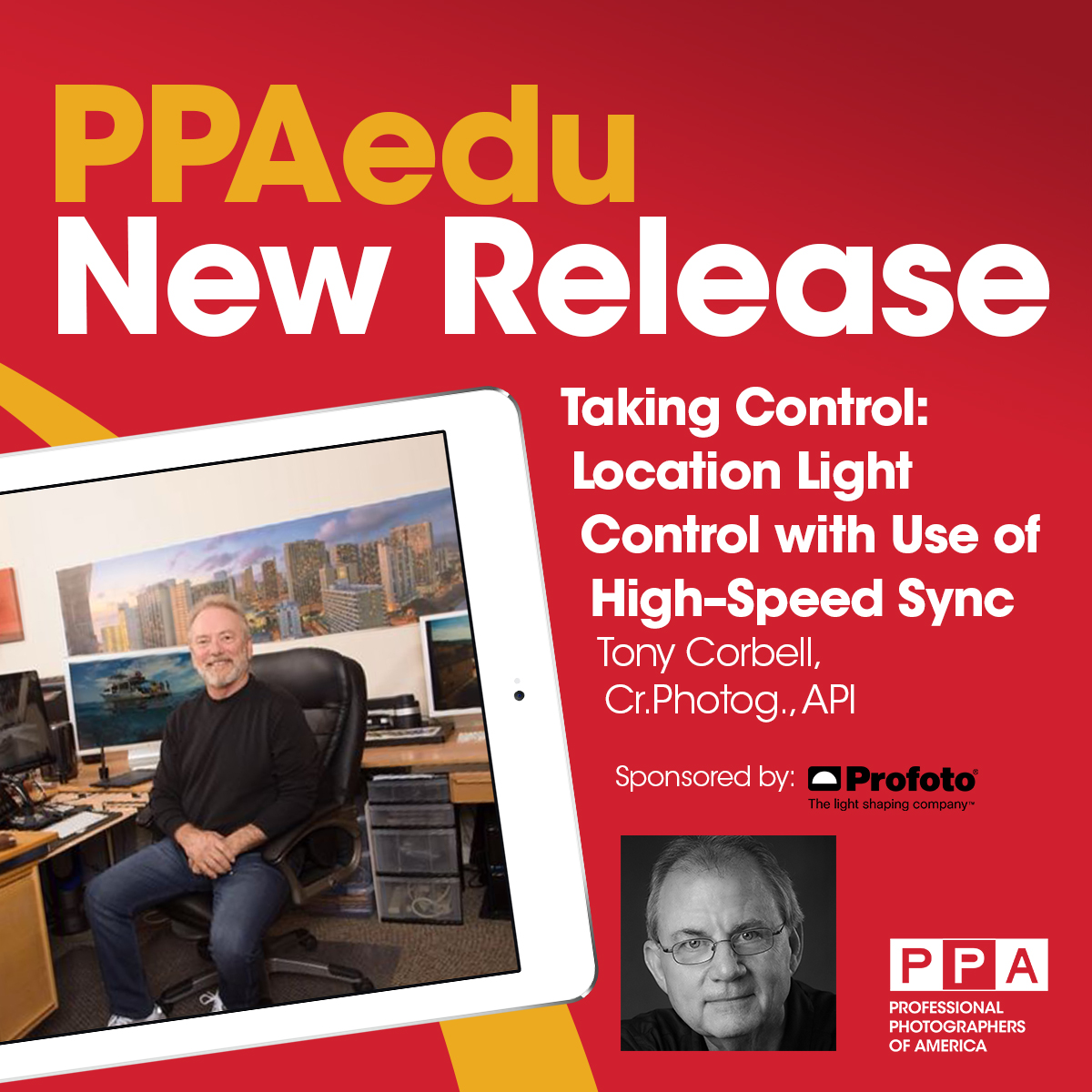 PPAedu gives you 24/7 access to over 350 HD tutorial videos designed to educate you on all things photography and business. With new videos added every month, you are sure to find a video that fits you.

PPAedu is FREE to all members and is just one of the many great resources that come with being a member. It's a learning opportunity that's too great to turn down, especially since the newest lineup of PPAedu videos, sponsored by Profoto, features none other than Tony Corbell as the instructor! The theme is how to "take control" of your photography and career.

Tony has been involved in professional photography since 1979 when his first studio position was with his sister and her husband in West Texas. Since then, he has moved through an almost inspired life that has included traveling and lecturing in more than twenty countries, has photographed three U.S. presidents, 185 world leaders at the United Nations, sports celebrities, almost 800 brides and grooms, and a handful of NASA astronauts.

In 2012, Tony passed a major milestone having taught more than 600 seminars and workshops nationally and internationally. In 2008/09 alone, Tony spoke to over 9,000 photographers in 36 cities throughout the world including London, Glasgow, Dublin, Toronto, Vancouver, Mexico City, Sydney and many more U.S. cities. 2010 - 2012 was again busy with Tony traveling to Germany, Las Vegas, Nashville, New York, Dubai, London, Halifax, Nova Scotia, and many more than 30 U.S. cities teaching photographic lighting and image workflow processes and practices. His Basic Studio Lighting book from publisher Random House (AmPhoto) has been popular worldwide and is the basis for numerous photographic college lighting courses. Tony has written articles in nearly every major photographic magazine in the U.S., Japan, the U.K., and China.

Check out his latest video for PPAedu:

Taking Control with Tony Corbell: Location Light Control with High-Speed Sync
In this segment, Tony Corbell demonstrates working inside a client’s home office and controlling brightness areas such as windows, room lighting, lamps, and more. He explains in detail the difference and combination of flash and ambient light, and he also explains the use of High-Speed Sync.

Learn more about PPAedu, and see how you can start your education plan to make you and your business more successful!