How One Photographer Passed the Drone Test On the First Try 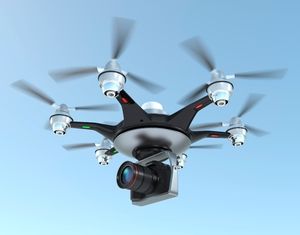 With the new FAA drone regulations now in effect and first round of Section 107 drone testing complete, PPA was able to reach out to some of our members who were successful on the first try, and get some insight for others who are getting ready to take the test.

PPA member Eddie Tapp, M.Photog.MEI.Cr., CPP, API, was kind enough to give us a better understanding of the test and what you can do to make sure you can pass the first time!

PPA: What materials did you use to study? Did you take a commercial course?

Eddie: I used most of the PDFs that were provided on the FAA website, with a lot of emphasis on the Pilots Handbook and the Airmen Knowledge, Sports Pilot Handbook. The Sports Pilot Handbook is something you want to get really familiar with before taking the test, because this book will be sitting on the desk when you take the test. The test will ask a question referring to a figure in the book and say "what is wrong with this situation?" The more you are familiar with the book, the better.

I didn't take a commercial course. Even though I passed on the first time, I still wish I did. I think the course would be a great help with not only passing the test but also other situations that may arise after you take the test.

PPA: Was there anything that surprised you about the test?

Eddie: I was surprised that it was much harder than I thought it would be. But looking back at it, it makes sense for the FAA to make the test hard. When we are using our drones, we are in federal air space and have to think about the impact we have on commercial airplanes. It's all about safety.

I was also surprised at how many questions were about weather codes and aeronautical charts. There are good amounts of these questions on the test. If you don't understand them, you are giving up a lot of points.

PPA: Were there a lot of people taking the test with you? How long did it take you to take the test?

Eddie: Not really. We were seated in a room with a couple of chairs, and people would come and go as they would start or finish the test. I don't think the entire room was ever full.  It took me about an hour to take the test, and they give you a total of two hours. As far as I can remember, I don't think anybody took the entire two hours.

It's also nice that you find out right away if you passed or failed.

PPA: What all did you need to bring with you to take the test?

Eddie: When I got to PDK (Peachtree Airport in Atlanta), they just asked if I was there for the Drone test and asked for my name. I think as more people begin to sign up for the test they will get stricter and ask for your license and have some way for you to verify who you are. They did make it a point to verify my home address.

PPA: What other test tips would you give to people studying for the test?

Eddie: Make sure you really focus on the charts and weather concepts. There are a couple of those questions, and it would be a severe disadvantage to you to be down 6-8 questions from the get-go.  If you can, study with a pilot or pick a pilot's brain while you study. This will help in getting a better grasp of the information. And I know we have heard this from elementary school, but when you pick an answer, stick with it. I went back and changed some of my answers, and when I was done it turned out I had the answer right the first time. Don't second guess yourself.

Currently there are some practice tests floating around that the FAA has released. From what I have seen it is the same 60-70 questions.  From what I have been told, the FAA has a pool of at least 200 questions, so don't get too comfortable if you are doing well on those practice tests. When you get to the actual thing it could be completely different.

Last but not least, do not take this lightly. We are sharing air space with large commercial planes and it is important that we know what to do. Our "small" drones can have large implications on these planes and on people's lives and property.

There you have it! Tips from a PPA member who has passed the test. Are you planning to take the test?

Bethany Clark manages all things social media for PPA. When she's not living on the internet, she loves writing, sewing, travel, yoga, and of course photography.