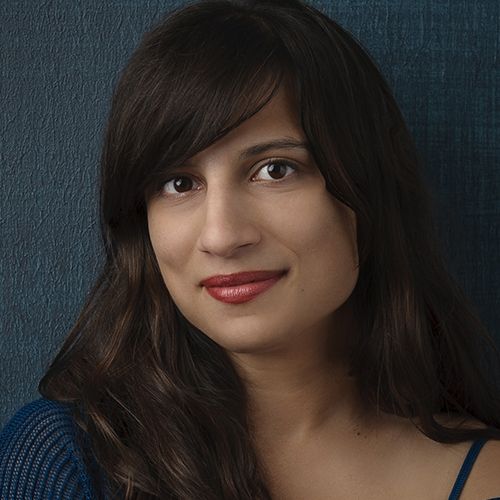 We recently came across this post written by Kira Derryberry, M.Photog.Cr., CPP, back in 2015, who since then has not only continued to thrive in her business, education, and industry; she also now sits on the Board of Directors at PPA! This post is more relevant than ever, and we'd like to share it with you again, as inspiration to all us photographers.

A few years back, I had a new, but steadily growing business on my hands. During the holidays, due to time constraints, I found myself having to turn down a few jobs. I didn't want to just say “no” and not give the client a good alternative. But I didn't know any of my peers here in town to refer them to. In fact, I was kind of afraid of the other photographers in town. I had photographer friends in other cities, but the ones here in town were my direct competition. I was afraid they would be super competitive. I was afraid they were already in some kind of clique. I was afraid they didn't like me, even though none of them had met me. At that point I had only met one photographer in town. She had photographed my daughter at a new moms' event a couple of years before I opened my business. She was really nice, and I knew she was a great photographer, so I began referring a couple of these inquiries to her.

What followed was a 'thank you’'email from that photographer and an invitation to breakfast, where she urged me to join the Tallahassee Professional Photographers Guild, which I would later find out was an affiliate of the state organization, Florida Professional Photographers, and national Professional Photographers of America (PPA). We sat there for hours and chatted; I told her my fears about joining, worried that people wouldn't like my work, etc. She insisted that I'd be completely welcome and that not only would I meet everyone and see that it was no big deal, but also I'd be able to continue my education via the monthly speakers, and by entering print competition.

I put on my big girl pants and went to the next meeting. Surprise! It wasn't at all how I envisioned it. Everyone introduced themselves. People who I had long-time respected and admired were incredibly cool, not catty. And there was beer! Why in the world had I not been coming to this all along?

So I joined! And though competing with others in town in a print competition completely freaked me out, I gave it a shot. I repeatedly failed every month. It was really discouraging. But what was helpful was when I decided to start letting my stuff get critiqued at the end of the meetings, either by peers or by the visiting speaker. They pointed out things that I hadn't thought about at all or that maybe I was too attached to the photo to see. The critiques were always constructive, never dismissive. It made me try harder the next time. It made me be more present in my image-making. It made me a better photographer.

And then came 2013. In 2013, a year after first joining our guild, I started winning. I started winning a lot. It was awesome. I not only was winning in at least 1 category almost every month, but I won our annual Salon competition first and second place. And by the following year, I tied for Tallahassee Photographer of the Year. And yes, I'm clearly humble-bragging. What I'm trying to say is that I did better each coming year because I learned so much the year before. And I owe that all to joining this guild and my state organization, and getting involved in both.

It wasn't just what I learned, but it was the friendships I made. For the first time in 3 years, I once again had what felt like coworkers. It turns out this job is kind of lonely. You meet tons of awesome people, but at the end of the day it's just you and your computer working on photos for hours and hours. It's not like before when I worked with a team of other people in an office. Though we didn't chat all day long, we were friends. We went to lunch together. We joked around at the office. It was social. I am social. I need to be around people or I start to get a little weird. And now I have people to go to lunches with, to hang out with, and to talk about work with. I have people that I can refer work to. When equipment breaks or I don't have something for a shoot coming up, I have a handful of people that would let me borrow things on a moment's notice, and I can do the same for them.

Though I had been a member of PPA for at least a few years prior to all this, truthfully, I hadn't done much with my membership at that point. I didn't know what the International Photographic Competition (IPC) was. I hadn't been engaging in the online education. I had just joined, knew that I had the benefit of equipment insurance… and outside of that wasn't using my membership to the fullest potential. And now it's 2015 and I'm all in. My success at my local guild gave me the courage and the knowledge on how to compete at a state, regional, and national level with the IPC, and the confidence to go out for my CPP (PPA's official Certified Professional Photographer credential). My first year competing at IPC I became a Silver Medalist! I can whole-heartedly attribute these successes to the education and support I received from the friends and mentors that I've made through these three organizations. I want to keep competing, keep participating in PPA's continuing education, and I'm going to earn that Master Photographer degree one of these days. It's become one of my biggest goals. And now that I just put it out there to the world, I better actually do it!

My point is this. Maybe you are a member of PPA, and you see all this stuff about IPC and you think, 'I'm not good enough to compete' or 'I don't know where to begin'. Join your local or state affiliate and get involved. Get a group of photographers together and watch the live streaming of the image judging at IPC and see how it all works first-hand. Get a CPP study group together and come take the test this January at Imaging USA. I promise it's not as scary as you think. Find your people. It could just change your life.

Special thank to Kira Derryberry for this wonderful guest post! She has grown even more since 2015, and the PPA community is strong because people like her are part of it. For anyone considering joining PPA, learn more about the benefits of membership here, and feel free to join PPA!