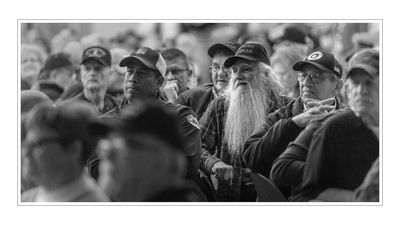 Are you ready for the WPC?! This May, 30 countries are competing in the highly-anticipated international event co-founded by PPA, the World Photographic Cup. The national teams, including two-time winner Team USA, will be vying to take the cup from two-time, reigning champ Portugal. This year's list of registered countries spans from the U.S. to Pakistan, Singapore to Spain. For all things WPC including galleries of competing images, visit WorldPhotographicCup.org.

Today we'd like to shine the spotlight on a Team USA member and creator of the above image in the Reportage category: Roben Bellomo, CPP. 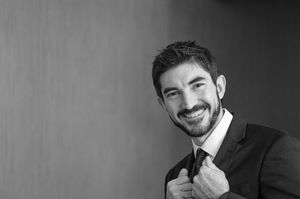 "My initial reaction to being selected as a member of Team USA was surprise.  Since this is not an accolade we can apply for as photographers like so many of the competitions we enter, but one we get selected for, it makes it that much greater of an honor.  I was so humbled to be invited to compete with this elite group of peers from around the globe.  The main goal of World Photographic Cup is 'to unite photographers in a spirit of friendship and cooperation.' To be a part of that effort, especially with an image that impacted me so greatly is truly an honor that will motivate me to continue telling stories for a lifetime."--Roben Bellomo

Roben Bellomo grew up frequenting the Detroit Museum of Art and other art venues inside and outside of Detroit, Michigan.  With Roben's mother being an avid musician, and his father, a professional artist and entrepreneur, Roben had many opportunities to explore a variety of creative avenues.

The first time Roben picked up a camera during high school was when he learned of his true passion for photography.  The marriage of creativity and technicality somehow spoke to him.  Capturing specks of time and being able to explore them time and time again captivated his interest in photography forever. Roben passed up a photography scholarship to pursue a degree in education.

After graduation Roben spent ten years as a full-time educator, nurturing his appreciation for the constant challenge and reward of learning.  Roben thrived at truly inspiring kids to apply themselves wholeheartedly and pursue their dreams.  While teaching those ten years, Roben explored photography as a hobby and a personal release; however, it never felt like enough.

Listening to the advice he once offered his students, Roben decided to pursue his dream of making photographic artistry full time.

Roben gives back to the photographic community through service.  He earned two President's Awards during his first two years participating in the Indianapolis Professional Photographers Guild serving four years as 2nd and 1st Vice President and is currently serving his fifth year as President.

Roben is the Assistant Director of the Winona School of Professional Photographers.  Roben serves as an Indiana State CPP Liaison to aid other photographers in their growth, and volunteers throughout his community including Indy Honor Flight.

In the Fall of 2013, after living in San Diego, California for six years, Roben and his wife, Adrienne, returned to the Midwest and reside in Carmel, Indiana.  At the sacrifice of warmth and sunshine, Roben, his wife, and their two children are closer to what is most important to them, family.  Being driving distance to most of their extended family is a true blessing they do not take for granted.  While not working or spending time with family, Roben can be found strumming the guitar, playing soccer, or conversing with a friend while sipping coffee or bourbon.

CONGRATULATIONS, ROBEN! WE'RE SO PROUD OF YOU & THE REST OF TEAM USA!