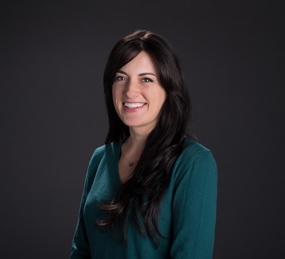 Are you ready for the World Photographic Cup?! This May, 30 countries are competing in the highly-anticipated international event co-founded by PPA, the World Photographic Cup. The national teams, including two-time winner Team USA, will be vying to take the cup from two-time, reigning champ Portugal. This year's list of registered countries spans from the U.S. to Pakistan, Singapore to Spain. For all things WPC including galleries of competing images, visit WorldPhotographicCup.org. 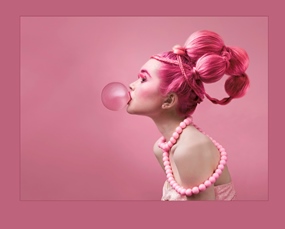 Today we'd like to shine the spotlight on a Team USA member and creator of the above image in the Portrait category: Lauren DelVecchio.

Lauren has created a collection of conceptual images, earning her a place in the top ten scoring cases in the 2016 PPA Northeast District Competition, as well as winning first place in the General Portraits category two years in a row. She has also received the 2016 PPA Gold Level Photographer of the Year Award, and one of her images placed sixth in the 2017 World Photographic Cup for portraits category, representing Team USA, which earned second place overall.  The Professional Photographers Association of New England also named her Photographer of the Year for 2017.

In 2017, Lauren's image "Blow" earned a perfect 100 score in the PPA Northeast District Competition, won the PPA Charities Impact Award for Northeast District, and was a top ten nominee for a 2018 Grand Imaging Award. That same images now represents Team USA in the 2018 World Photographic Cup.

A little about the image that is in the WPC this year: "'Blow' is part of a conceptual series inspired by color. The project has been ongoing for four years now, and the goal is to create a monochromatic image for about a dozen different colors, each one representing how the color itself makes me feel.  Blow was created to show that the color pink emotes youth and playfulness."

Quote from Lauren:  "After being chosen to represent Team USA in the 2017 World Photographic Cup, I figured I had hit the height of my career. All downhill from here! Ha! But when I got the call to be on Team USA again for 2018 I was ecstatic! Being chosen as the best of the best, receiving a really awesome team jacket, and being part of something that is bringing photographers together from all over the globe is truly amazing. I couldn't be happier!"

CONGRATULATIONS, LAUREN! WE'RE SO PROUD OF YOU & THE REST OF TEAM USA!