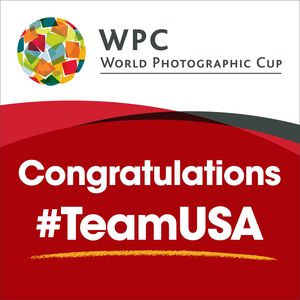 Are you ready for the World Photographic Cup?! This May, 30 countries will compete in the highly-anticipated international event co-founded by PPA: the World Photographic Cup. The national teams, including two-time winner Team USA, will be vying to take the cup from two-time, reigning champ Portugal. This year's list of registered countries spans from the U.S. to Pakistan, Singapore to Spain. For all things WPC, including galleries of competing images, visit WorldPhotographicCup.org.

Today we'd like to shine the spotlight on a Team USA member and creator of the above image in the Reportage/Photojournalism category: Gail Nogle, M.Photog.Cr., F-ASP!

A graduate of the prestigious Rochester Institute of Technology, Gail spent more than 14 years with Gittings Portrait Studio in Dallas, Texas, where she learned to capture the extraordinary in ordinary people. She also had her share of nervous brides, stiff executives, undisciplined youngsters, and quarrelsome family groups. Pushing the right buttons on their psyches and on her camera creates exhibit-quality portraits year after year. Gail earned the degrees of Master of Photography in 1981 and Photographic Craftsman in 1996 from Professional Photographers of America (PPA).

Children's photography remains Gail's first love and forte. Her Dallas photography studio, opened in 1990, is a paradise for the young and the young-at-heart. There, they poke about, trying on this and that, responding to her antics and chatter, unaware of her eye searching for that look, attitude or expression, which has become her trademark. Gail Nogle is widely considered as the premier innovator in children’s portraiture and in photography as a fine art.

CONGRATULATIONS, GAIL! WE'RE SO PROUD OF YOU & THE REST OF TEAM USA!