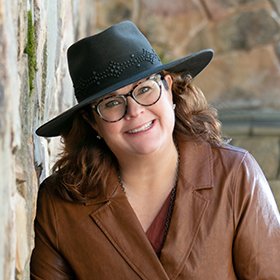 Mary Fisk-Taylor has been a member of the Professional Photographers of America since 1998. Along with her business partner, Jamie Hayes, they operate a high-end portrait and wedding business in Richmond, Virginia. Hayes & Fisk Photography is a home-based studio located on almost one acre of beautiful gardens and they have successfully created one of the most sought-after Portrait and Wedding studios in their area.

In 2009 Mary developed the concept of a fresh and fun new studio in the Richmond area. With the help of her family, most importantly her mom and sister, Real Life Studios was opened in Midlothian, Virginia. Real Life Studios is best known for their high school senior portraits as well as the funky children and tween imagery. Real Life also has an entire Event and School division which gives the studio constant and steady revenue of new clients and income year-round.

Mary was very pleased and honored to have received her Master of Photography, Craftsmen of Photography, and Certification of Professional Photography in just three short years!!! This was quite an accomplishment for her both personally and professionally. Mary was named Photographer of the Year in 2007 and has won Best Wedding Album of the Year in Virginia several times. Nationally she has had her albums in the top five. She has won numerous Best in Show awards, Kodak Gallery Awards, Fuji Masterpiece Awards, Loan Collection prints, and albums. Mary is also a recipient of the prestigious Virginia Award, which honors photographers for their commitment and dedication to their state association, and the business of professional photography. And, in 2012 she was awarded the PPA Charities Legacy Award for her work and dedication to the philanthropic arm of PPA. At Imaging USA 2014, Mary will be awarded the Charles H. (Bud) Haynes Award for her distinguished service to PPA and its members for encouraging business awareness and practices in the field of professional image-making. And in 2015 Mary was honored to receive the National Award from the Southeastern Professional Photographers Association for her commitment and dedication to Professional Photography.

Mary met Jamie in 1993 when he photographed her bridal portrait, soon he found himself photographing her beautiful daughter. In 1996 they began working together and became business partners in 1997. For many years Mary concentrated on defining and organizing the business. After three years they were grossing well over one-half of a million dollars and soon realized that was just the beginning. In 1999 Mary decided that she too could be a photographer and the rest is history. She worked very hard to develop a more high-fashion and documentary style that was both independent yet complimentary of her partner’s beautiful work. Together they have become one of the top photography teams in the country.
Mary’s pursuit for knowledge, learning and, education has always been a priority. From the time she was nominated the “Kindergarten Valedictorian” she has excelled academically. Always at the top of her class through High School, College, and Graduate School she has excelled and loved learning. She has degrees from both University of Virginia and Virginia Commonwealth University. It was only natural for her to pursue educating others as part of her career. Mary joined the PPA Business Instructor program back in 1999 when it began. She has enjoyed lecturing all over the world and sharing with other photographers as well as serving as a PPA Studio Management Services Mentor as well as an International Juror for PPA.
Mary is of course most proud of her two beautiful children, Alexandra and Jackson. Her husband, Daryl, and she enjoy the flexibility and joy that owning a profitable photography studio has allowed their family. Mary currently serves on the PPA Board of Directors, is a proud member of the Society of XXV, Treasurer for Southeastern Professional Photographer’s Association, and is a past President of the PPA Board of Charities. She is extremely active with Operation Smile International and has served as a staff photographer for several events and missions. In 2006 Mary was named one of Virginia’s Top 40 under 40 for her leadership in the community, volunteer and charity work, and her business savvy.